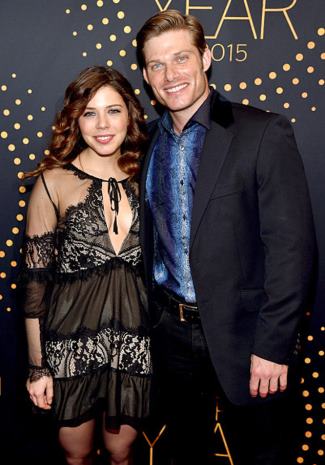 Taste of Country has some info on Chris and Erin’s engagement:

Nashville star Chris Carmack is officially off the market. The actor and singer-songwriter who plays Will Lexington on ABC drama Nashville recently proposed to his girlfriend, fiddle player Erin Slaver.

“Sparkling drinks and fingers,” Slaver writes on a photo on Instagram announcing the engagement. In the photo, she and Carmack are embracing with a bottle of champagne on a table next to them.

Erin plays a back-up singer on Nashville. Outside of the show, she has also toured with Martina McBride, American Idol alum Danny Gokey, and JD & the Straight Shot.

Here’s a Chris Carmack gay kiss with co-star Kyle Dean Massey (who is openly gay in real life) in an episode of Nashville. 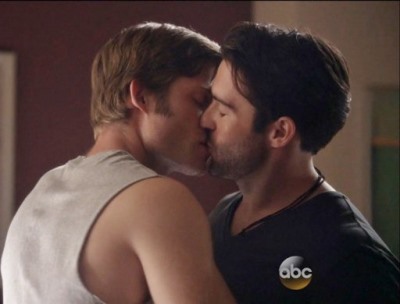 Next photos are for those of you looking for Chris’ Abercrombie modeling photos. 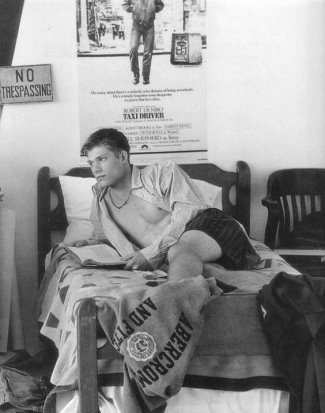 Check out a Chris Carmack underwear photo after the jump.