Chris Brown Leather Jacket and Long Coat: Black Men in Leather. Nearly ten years after we originally posted this, we decided to do an update because we know some of you Famewatchers are interested in some Chris Brown leather fashion which is understandable because he is a fashionisto. Did you know that he released his very own Love Not Hate leather jacket through his Mechanical Dummy line? Unfortunately for you, it’s a limited edition so you can’t buy it anymore. You can ogle at him wearing one though: 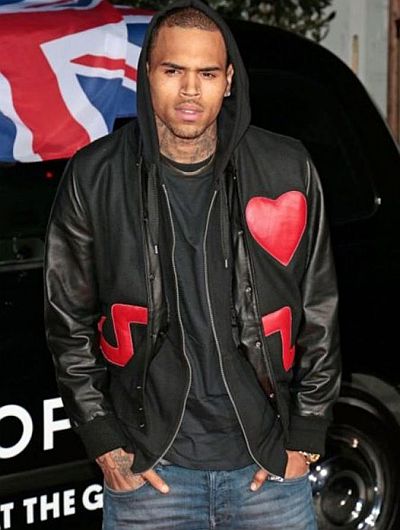 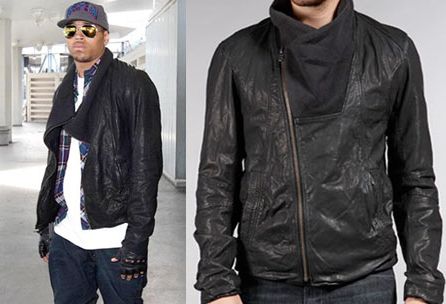 He’s looking good in his Dsquared2 wool and calfskin leather: 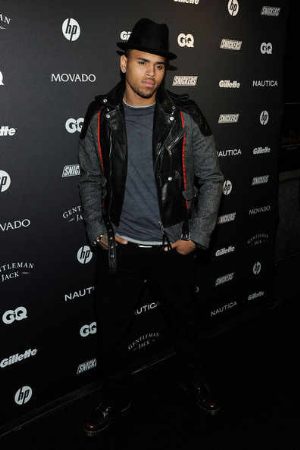 Chris doing his thing while wearing a leather jacket by Balenciaga. 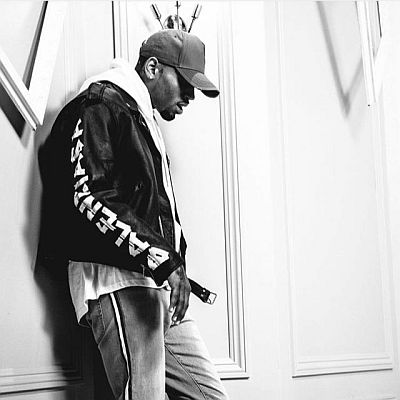 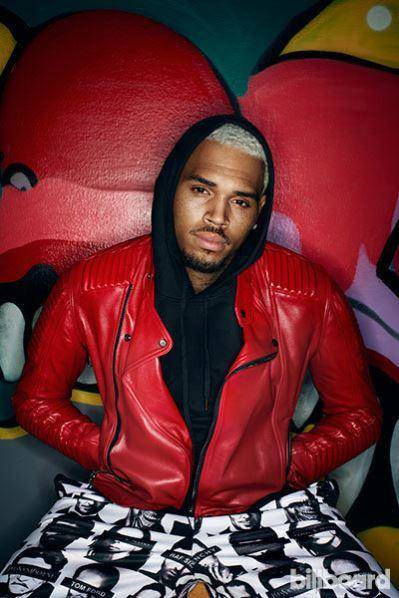 He also wore an Elevate leather jacket during the same photoshoot: 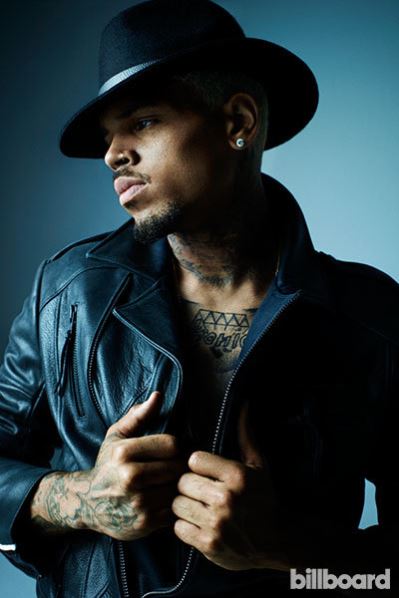 So do you have favorite Chris Brown leather jacket? We’re kinda partial to that red one he’s wearing because it’s kinda unique and there’s not a lot of red leather jackets out there.

Male Singers in Leather Jackets: Chris Brown’s Black Leather (12 January 2010). Here’s a good thing we’re going to say about the controversial singer Chris Brown: he is an adventurous man fashion wise. He’s not afraid to wear his clothes in different ways. Sometimes it works. Sometimes it doesn’t. But his willingness to mix things up makes him a cool fashion dude in our book. 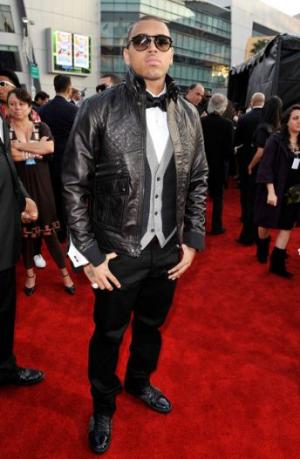 Want more of Chris Brown’s fashion style? Or you might want to check out these male celebs wearing black leather jackets?

Chris Brown Long Coat (9 November 2009). Who wears a long leather coat during a hot sunny day in the desert? It’s singer Chris Brown of course! It’s a silly thing to do but this is Chris Brown we’re talking about. No, wonder the Jump Smokers are suggesting that he needs to get his ass kicked. Which we don’t condone, of course, because we think violence is bad, bad, bad. 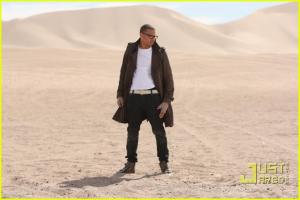 So let’s leave Chris in his long leather coat to bake under the hot desert sun. 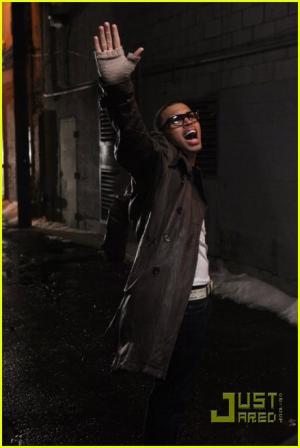 Want more black male celebrities? Or would you rather ogle men in leather jackets?