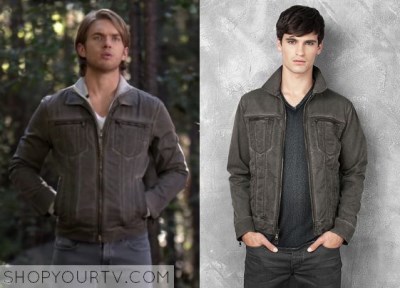 Chris Brochu Shirtless: Gay in Real Life or Has Girlfriend? What’s the denim jacket worn by Chris Brochu on The Vampire Diaries? According to the guys and gals of shopyourtv.com, it’s a John Varvatos Star USA Denim Zip-Trim Jacket. You can have it for the price of $134. Not bad, eh?

Is Chris Brochu Gay in Real Life? Chris is playing a gay guy on The Vampire Diaries, is he also gay in real life? Nope. He is straight but he says he’s honored to play the role of the openly gay warlock, Luke Parker.

From wetpaint.com: “I’m honored. He’s somebody I can connect with and feel for. I mean I’m not gay, but I have many many gay friends and I love them to death. It’s an honor, truthfully. Everyday I get to know more about Luke and it’s wonderful.”

Chris Brochu Girlfriend: What is his relationship status? Is he dating anyone at the moment? We don’t know! He’s single from the looks of it as dating history website, famousfix.com, does not list anyone in Chris’ relationship history. Can we make up a rumor that he is dating actress Hayley Kiyoko, his co-star in the Disney TV-movie Lemonade Mouth? Hehe. They sure look together in the pic below. What do you think, Famewatchers? 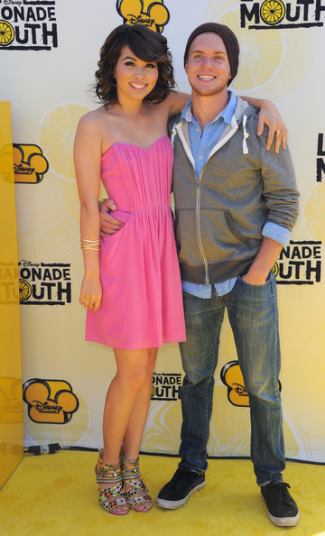 Chris Brochu Shirtless Photos. The next section is for those of you looking for Chris Brochu shirtless photos. Now that’s a big fish! 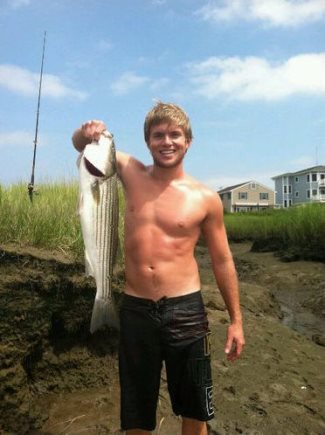 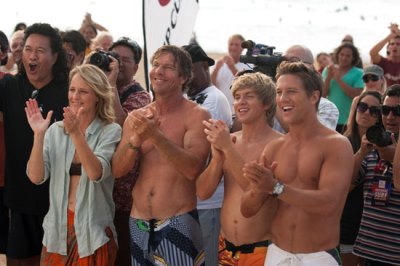 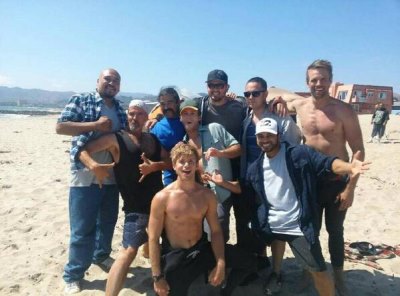 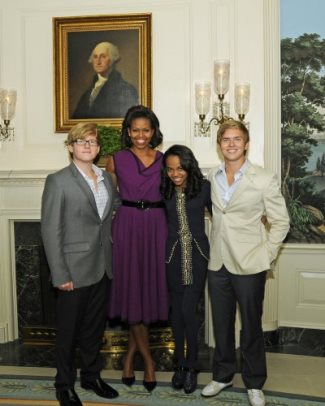 What’s the back story for the above photo? Thankfully, Just Jared Jr. has the details for us:

Doug and Chris Brochu pose with First Lady Michelle Obama and China Anne McClain as they visit The White House for Joining Forces in Washington, D.C. Chris, Doug, China and Adam Irigoyen (who was unable to attend) will be talking about their personal experiences with family members serving in the Armed Forces in interstitials on Disney Channel, which will debut on Veterans Day (November 11th).

The messages are designed to recognize America’s military kids and are part of Disney’s ongoing support of the White House’s Joining Forces national initiative.

That’s a good project by the First Lady and we give props to Chris, Doug, and China Anne for supportive the initiative.

Update. Our boy Chris is now a very much married guy. He tied the knot last year with photographer Siouxzen Kang. Here’s a photo of the couple from their wedding day which we grabbed from domino.com. 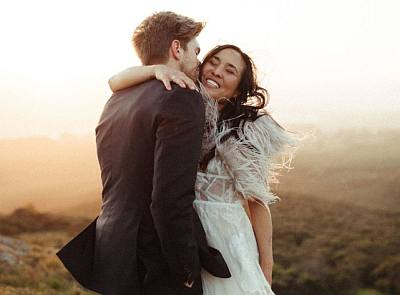 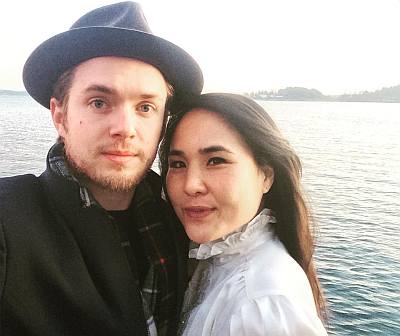