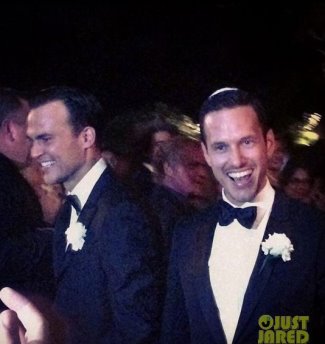 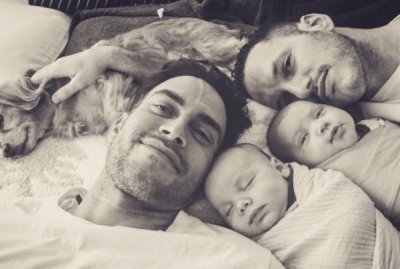 
Cheyenne Jackson Underwear Photo and More (published 5 July 2014). It’s been five years since we originally published this post and its about time we give you an update about his career (he’s got tons of projects since ’09), his relationship status (he’s currently engaged), and more of his shirtless and underwear pics (yay! yay! and yay!). Here’s our Cheyenne in gold short shorts as Rocky in The Rocky Horror Show. 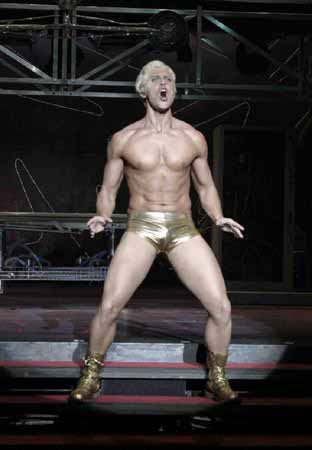 Cheyenne’s career has been advancing swimmingly since we blogged about him in 2009. Since then, he starred in the following TV shows/movies: Glee, CSI: Crime Scene Investigation, Kitty, Love Is Strange, HR, Full Circle, The Gay Christian Mingle, Mutual Friends, Behind the Candelabra, 30 Rock, Mockingbird Lane, Curb Your Enthusiasm, Photo Op, Law & Order, The Mentalist, and many more. His upcoming projects that you should watch out for include: CSI: Cyber, Day Out of Days, Opening Night, and Beautiful Now.

There’s no doubt that he’s much more popular now than five years ago, no?

On the relationship front, Mr. Jackson is engaged to actor/entrepreneur Jason Landau. Here are some photos of the couple we grabbed from Jason’s instagram account (@jasonrlandau): 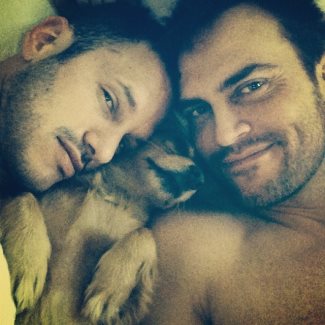 Should we be jealous of the dog? Haha. 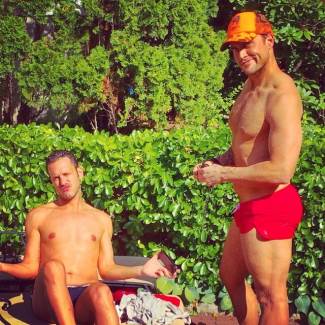 Cheyenne really really loves him his short shorts, no? Not that anyone is complaining. 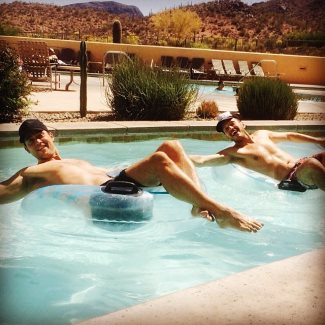 The lovebirds get all-wet at the pool. 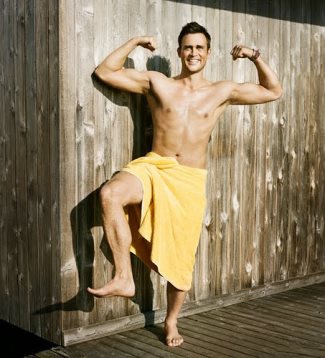 Come on now, Cheyenne, get rid of them towel. Haha.

ORIGINAL POST (published 26 April 2009). Boxers or briefs, what does your idol wear? If you are a fan of out gay actor Cheyenne Jackson, be informed that he is a boxers man. According to the picture below anyway. 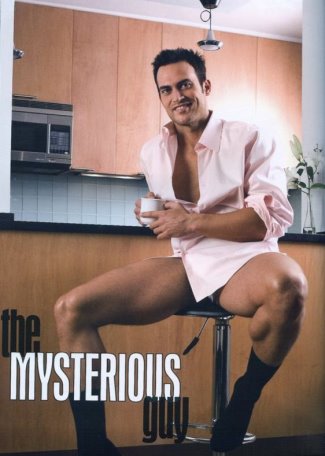 More about Cheyenne from Wikipedia: Jackson was born in Newport, Washington. He is openly gay and an LGBT rights supporter, as well as an advocate for several AIDS charities, including amfAR and Broadway Cares/Equity Fights AIDS. His father is part Native American. Jackson’s partner, Monte, is a physicist; they have been together since 1999.