Chase first gained fame when he was cast in Survivor Nicaragua where he ended as the runnerup. Eventually, because he got the talent and the good looks and all, he became a country music star. He’s one of the few reality contestants who were able to establish himself as a legitimate entertainer in the biz. In fact, we can’t think of other names. Probably, you can ID some.

But enough with that. You are here for Chase Rice so we should giving you Chase Rice. First of all, what is the Chase Rice underwear preference? Well, if his Survivor Nicaragua days is proof, then you can say that Chase likes him some fit boxer briefs. 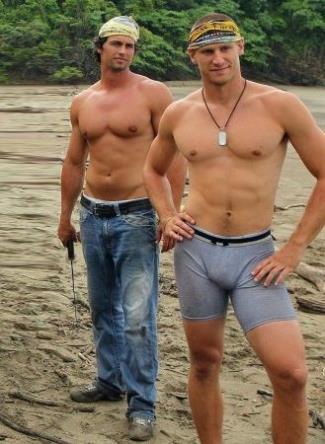 Hmmm. Is he spying on himself? That’s cool, Chase but you should have done a Tony Vlachos and built some spy shark first.

Fast forward years later after Survivor Nicaragua and our Chace still got the effin’ good looks. Who says country singers are only about ten gallon hats and cowboy boots? Sure, they are that and that’s a big part of their charm but country singers are also about washboard abs and sexy shirtless pics. You know he’s a star when he can stand by his shirtless lonesome in a stadium. Dayum! 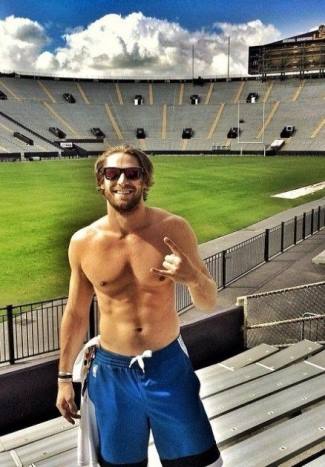 Is Chase Rice Gay or Straight? What do our friends at gay-or-straight.com say about this? Surprisingly, they still have not rated him. But he is as straight as an arrow. Still, this hasn’t stopped some internet communities to ship him with another dude like, you know, footballer turned country singer Sam Hunt. They sure look good together, don’t they? Hehe. 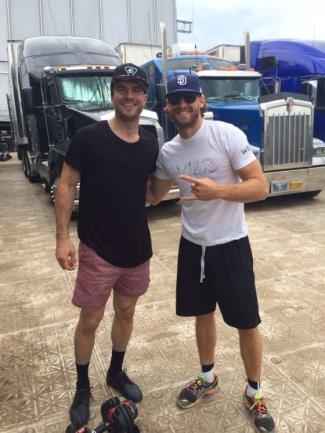 Is he dating? Apparently, he is currently single. Who are his ex-girlfriends? We can’t find any names maybe because he dated them before he became famous. But here’s a video of Chase talking about how he’s picky and selective when it comes to the girls he dated and that he only had 2-3 serious relationships.

Dayum! His voice sure is sexy!