Chase Elliott Shirtless, Underwear, and Girlfriend Update. Nearly six years later, we are updating this post to answer the question in our original post on whether the youngest NASCAR driver (at that time) has a girlfriend.

According to amomama.com, Chase is in a relationship with Kaylie Green who recently graduated from the University of South Carolina with a degree in journalism and public relations. According to a reader who sent us a note, Kaylie is the daughter of former NASCAR driver David Green.

Here’s a photo of the two attending an event. 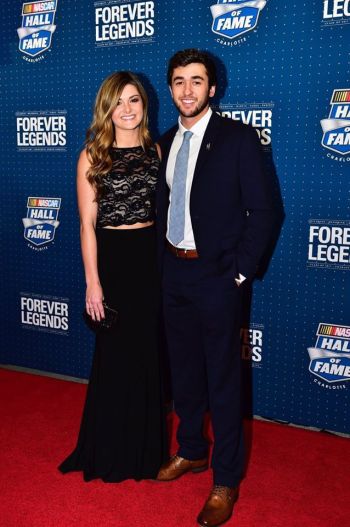 In other news the NASCAR driver, who is now 24 years old, has inked a sponsorship deal with PSD underwear to be their spokesmodel. 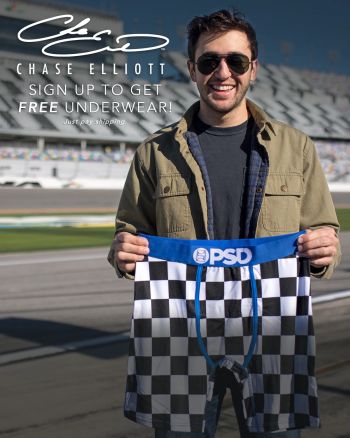 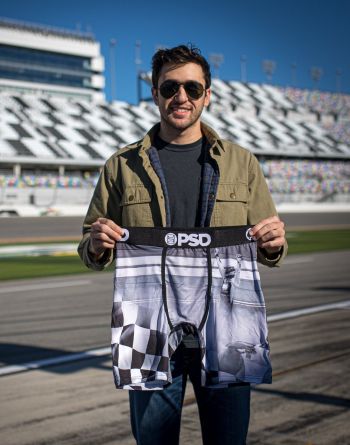 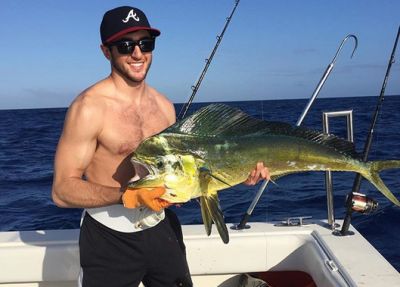 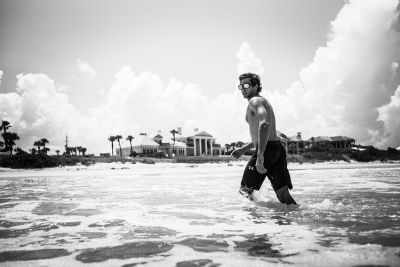 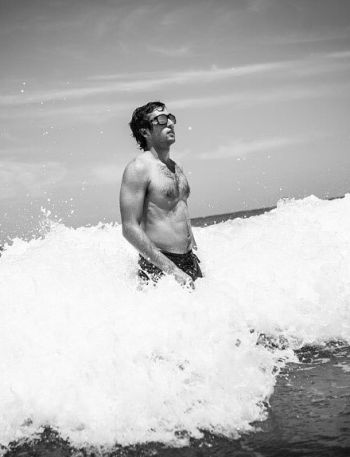 …
Chase Elliott Girlfriend? Is NASCAR Champ Dating Someone (10 November 2014). Isn’t there a biblical prophecy that goes “… and a young man shall lead them”? Well, if there is, consider that prophecy fulfilled. The young man is Chase Elliott! And he led his older rivals all the way to the 2014 NASCAR Nationwide Series championship.

At only 18 years old, Chase is reportedly the youngest-ever NASCAR Nationwide Series Champion. He is also the first rookie to achieve such a feat. He is turning 19 on 28 November 2014, so that’s a pretty good birthday gift he got for himself, no? 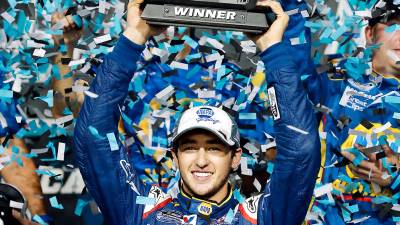 Chase is following the footsteps of his father, a much-awarded NASCAR champion himself who was inducted to the Motorsports Hall of Fame of America as well as the NASCAR Hall of Fame (Class of 2015).

Here’s Bill in 2002 celebrating a win at the Brickyard 400 with wife Cindy and a very young Chase Elliott. 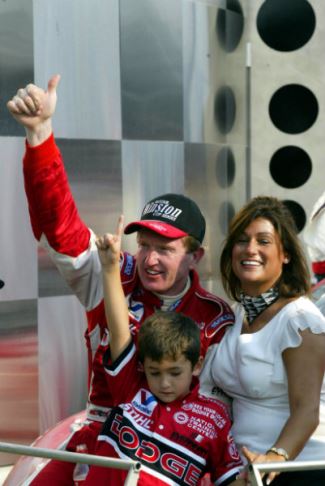 Surely, Chase is blessed with some racing genes, no?

Want to know more about Chase? In an interview with USA Today, he talks about racing, being a fan of the other (older) drivers, and his favorite movie/TV show:

Did you get nervous meeting some of the players since you’re such a big fan?
Oh yeah. For sure! I was just a fan like, “Please sign my ball.” I felt really weird doing that, but at the same time, I pull for those guys like anybody else.

Were most of the players understanding when you asked for autographs?
Yeah, they were! All those guys were really nice. Some of them were in the zone, which I can definitely understand. And some of their personalities were more open at times than others. But you always read about their personalities and how they are, and just kind of seeing them firsthand was definitely an experience.

Q: When you have a bad day on the track and go home at the end of the day, who do you talk to about it? Do you vent to your dad or do you just keep it to yourself?
A: I’ve gone about that different ways. In the past, I’d try to talk to people but found myself wanting people to tell me what I wanted to hear. But I’m so stubborn in a way that people trying to make me feel better didn’t help me at all. Unless it’s that exact right person you need to hear from at that point in time, it doesn’t do much but make me mad. So I just try to keep it to myself and get over it in my own way. Just getting back in the car again is the best thing you can do.

Q: If you ever have kids someday and they’re running around the garage like you once did when your dad raced, who is a driver you’d point to as an example of conducting himself the right way?
A: Obviously, I point to Jimmie (Johnson) a lot. It’s hard to not strive to be like that guy. He does everything right, you know? He’s successful on and off the racetrack and he gets the job done every week, no matter what track we’re going to.

Q: What’s a TV show you’re really into right now?
A: I’ve always been into NCIS because my mom is a pretty big fan. I don’t watch a lot of TV though. I need to find a show to get into. I’m on the lookout for one.

Q: What’s the last movie you saw — either in the theater or at home — and was it any good?
A: I watched The Great Gatsby pretty recently, which I thought was really cool. Leonardo (DiCaprio) is an awesome actor; he’s got to be one of the best actors I’ve ever seen. He does such a good job with pretty much anything he does.

I also read the book just a couple years ago in school — well, at least we were supposed to read it. I didn’t do a very good job reading it, but I remembered some of the things from the first couple chapters. So that was cool to understand it and have an idea of what was going to happen in the movie.

…..
Chase Elliott Girlfriend. Too bad the interviewer didn’t ask Chase whether he has a girlfriend because that’s a question that his fangirls would like to know.

So is Chase Elliott dating a girlfriend? Looks like he’s too busy racing cars at the moment to have time for dates. In fact, did you know that he missed his senior prom because he was racing in Darlington? He then went on to quip that he had a good date with the Lady in Black which, apparently, is the nickname for the Darlington Raceway.

Chase Elliott Shirtless. For superfans who are looking for shirtless pics of Chase. This one’s from his Instagram account: 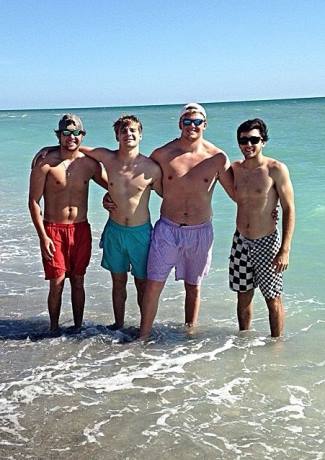