Charlize Theron Eric Stonestreet Dating? Academy Award-winning actress Charlize Theron has reportedly got herself a new man. Who’s the lucky one? If you believe the Daily Mail (and believe you me its sometimes not believable), Charlize’s new beau is Eric Stonestreet, the Emmy-winning American actor who plays one half of a gay couple in Modern Family. 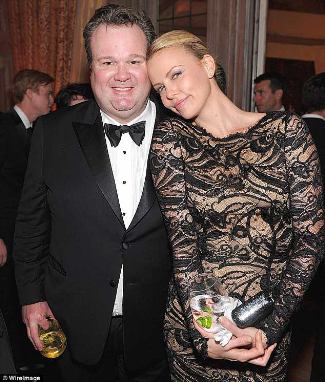 Says an insider source who reportedly blabbed about the lovebirds:

Charlize and Eric get along incredibly well. They started off as friends but things are blossoming between them. Eric is down to earth and funny and Charlize thinks the world of him. It’s early days but they’re very fond of each other.

And who is this mysterious source, you ask? According to the Daily Mail, the source is “close to the actress” which could be her bodyguard (if she has any), her mom, her hairstylist, or the hobo who leaves down the street. Haha.

Anyhoo, if it is true that Eric is dating Charlize, he would be her fourth boyfriend. Okay, we’re not exactly sure if he’s the fourth, we just want to note that Charlize also dated Craig Bierko, Stephan Jenkins, and Stuart Townsend. For his part, Eric dated actress Katherine Tokarz but they broke up earlier this year. We’re pretty sure he dated other girls too but The Universal Source of All Information (aka wikipedia) does not mention them. #wikifail. Haha.

Over at Twitter, Eric addressed the rumor about him and Charlize but didn’t confirm or deny if they are indeed the new squeezepartners. What he managed to do is add a little bit more oil to the fire with this tweet:

I wish people would stop spreading rumors that Charlize Theron and I are dating. Its starting to make Halle Berry jealous.