Charlie Herschel Gay Husband. Our Charlie is now married! Yay. Actually our Charlie and his hubby, Kent Gould, tied the knot three years ago in 2013. Belated congratulations to the couple. Question: Is Charlie the first Survivor gay husband?

According to the NY Times (from which we grabbed the pic below), Charlie continues to do his lawyering work. He’s a legal manager with American Express.

Kent, on the other hand, is an architect and project manager for Ralph Lauren who designs retail stores for the clothing giant. Here’s a photo of Charlie and Kent which we grabbed from the NY Times: 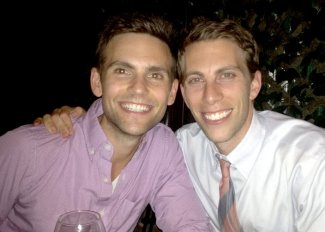 And here’s some info on Charlie from the Survivor site: “Charlie Herschel has been a fan of SURVIVOR since the first season and has been training for it ever since. A lawyer for one of the top 10 most prestigious law firms in the world, Herschel is ready to try his persuasion skills on a different type of jury.

This 29-year-old, marathon-running attorney and University of Pennsylvania graduate says he is above nothing when he gets to the island. Charlie’s strategy is to be authentic but with a twist. “With high risks, come high rewards, but the risks must be calculated.” The middle son of three boys and a native New Yorker, the Ivy Leaguer is not afraid to claw his way to the top.

In his free time, Herschel trains to race in marathons around the country. He credits this passion for helping him stay in shape. Through his training, Charlie dropped 60 pounds and continues to be at fighting weight.

Charlie is a gay, single man and currently resides in New York City. His birth date is May 12, 1979.”

Uhm … he’s gay? Okay. But that doesn’t mean he can’t be my reality TV boyfriend. Anyways, there’s a shirtless photo of Charlie here. 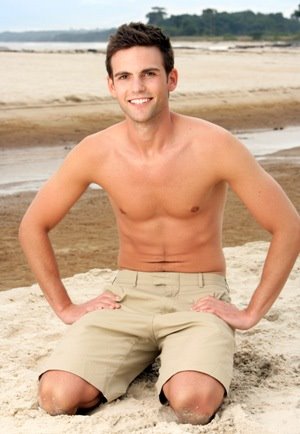 Not sure yet who to cheer for among the remaining castaways. If they vote out Randy and that really arrogant Corrine, I’d be happy for whoever turns out to be the winner. Go Kenny, Crystal, Matty, Suzie, Sugar, and Bob.