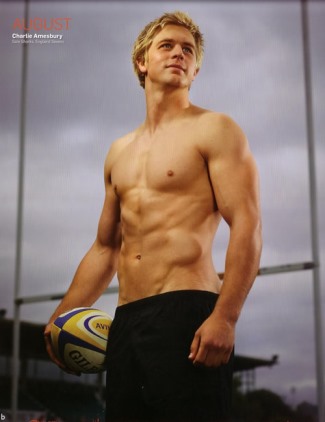 Charlie Amesbury Shirtless. Let’s add rugby player Charlie Amesbury to our list of hot English hunks. Are you in love with him like our friend Deena who can’t stop raving about the Bristol winger’s hair.

That’s our Deena for you! There’s a shirtless guy with perfect abs in front of her and she’s all about the hair! To be fair, Charlie’s hair does look gorgeous, no? 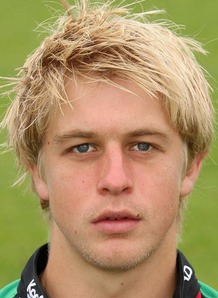 By the by, the above shirtless photo of our Charlie was taken for a rugby calendar aimed to raise funds for charity back in 2012. We think its specifically called Rugby’s Finest Hunks Calendar.

We don’t know if the group behind this calendar is producing a 2015 edition but we sure are hoping that they will. Who doesn’t want to stare at photos of hunky guys 365 days a year, no?

Charlie Amesbury Underwear. Does our 28-year-old English hunk wear boxers or briefs? Well, he was photographed wearing boxer briefs so we guess its safe to say that he is a boxer briefs kind of guy. Check it out: 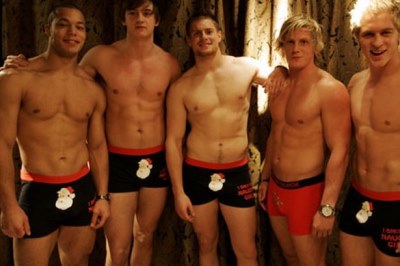 The other dudes on the pic are Danny Williams, Alex Gray, Michael Tait, and Chris Pilgrim. Chronicle Live has the info on why these men are in their underoos:

HUNKS in trunks set pulses racing as they put their best foot forward for charity.

Sporting aces, top models and teenager cancer patients all took to the runway in designer gear to raise money for the Toma Fund for the Teenage Cancer Trust.

Charlie Amesbury Girlfriend. Is Charlie dating or is he single? Maybe he’s already married in which case it will stop Deena from crushing on him? We can’t find any info on Charlie’s relationship status so its safe to assume that he is still single and available. Yay! Although, maybe he’s just very good in keeping his dating life out of the public eye.

Is Charlie Amesbury Gay? We don’t know. Maybe you do? Then do tell us in the comments. Haha.