Charles Vandervaart in Lost in Space. We are updating this post to note that our Murdoch Mystery hunk is now a Lost in Space hunk too. He’s been cast as Liam Tufeld who is the love interest of the boyfriend of Penny Robinson (played by Mina Sundwall). Go check it out on Netflix. As we said before, if you watched the first season and was not impressed, give it a second look because the next seasons are way better. Anyhoo, here’s Charles chillin’ on the set of Lost in Space. 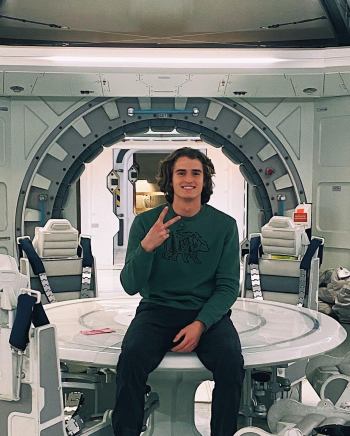 …..
Charles Vandervaart Shirtless, Gay or Girlfriend, Hot Guy in Uniform (Posted 26 January 2020). Today in Hot Men in Uniform, we bring you 19 year old Canadian actor who is playing the role of the young Fred Allen on the drama sci-fi show October Faction which is currently streaming on Netflix. 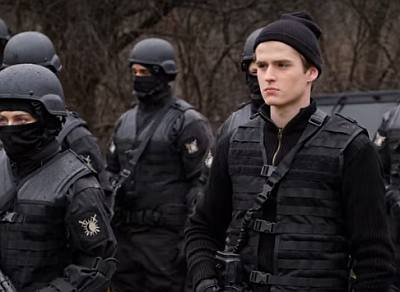 He’s a gorgeous guy, ain’t he? He’s one of the pretty boys of the show — along with Gabriel Darku and Praneet Akilla — who made us continue watching the show despite the fact that it is kinda ho hum particularly in the early episodes of the series. October Faction does get interesting on the second half of the season so we are glad we stuck with it. We are keeping our fingers crossed that the show will get a second season to see more of our pretty boys in action.

Aside from October Faction, Charles also stars in Murdoch Mysteries where he also rocks his uniform for his role as Constable John Brackenreid. 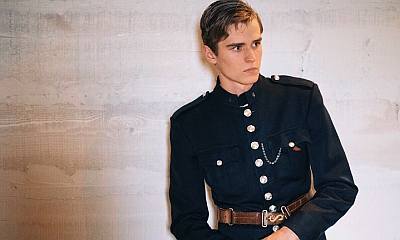 We love us some guys who know how to ride a horse particularly when they are in uniform. 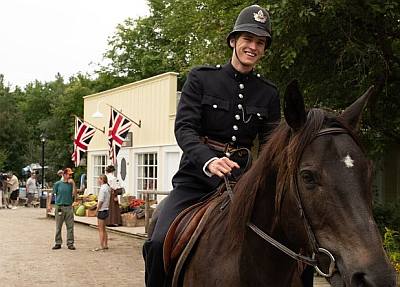 Charles Vandervaart Shirtless Photos. This is for the thirsty THOTs and hos among us here at Famewatcher who are looking for shirtless pics of Charles. First, here’s Charles looking cool in the swimming pool. According to his Instagram post, this is his very first swim in 2018. Nice sculpted abs you’ve got going there Charlie! Yeah, we are going to call him Charlie! Hehe. 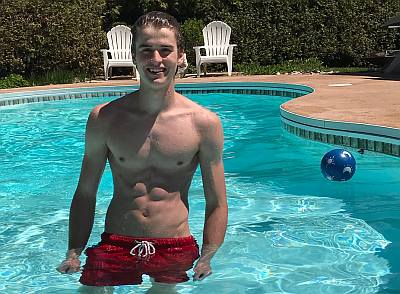 Another shirtless photo of our Canadian hottie where he goes paddleboarding. 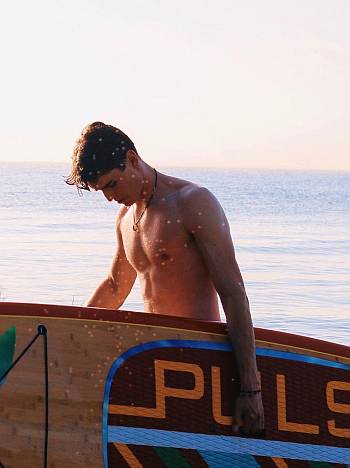 Charles Vandervaart Gay or Straight? Relationship Status. He is straight and, according to whosdatedwho.com which may or may not know what it is talking about, he is reportedly dating Australian actress Angourie Rice. Here’s a photo of Charles and Angourie sitting near a tree. 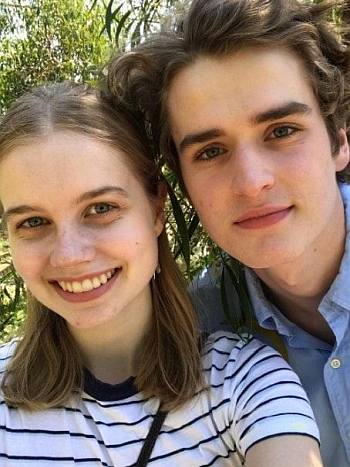