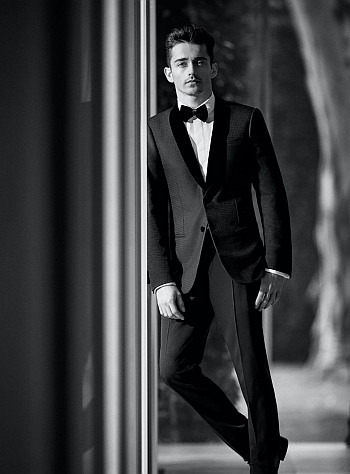 And here’s another photo of the F1 driver in another Giorgio Armani suit. Want more Hot Men in Suits? 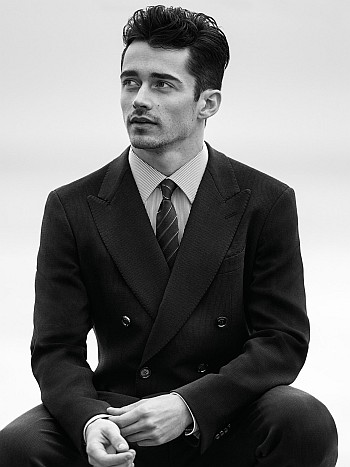 He looks hot in his suit and tie ensemble but he rocks his racing suit too. 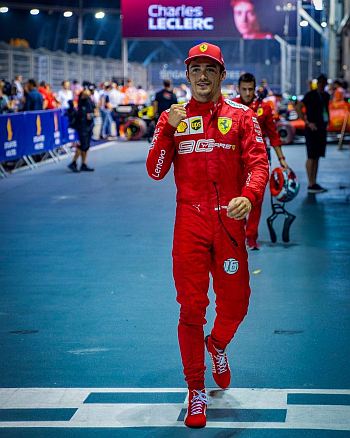 And he looks like a male model in his dive suit, doesn’t he? 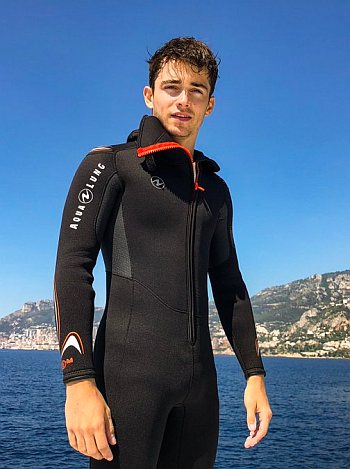 Charles Leclerc Shirtless Photos. We already uploaded a shirtless Charles in our post on Shirtless F1 Drivers but we know a lot of Famewatchers are thirsty for more so we gotta bring you more. So check him out chilling with some pals: 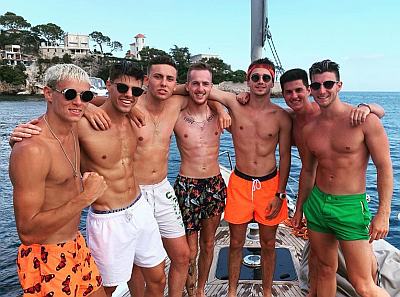 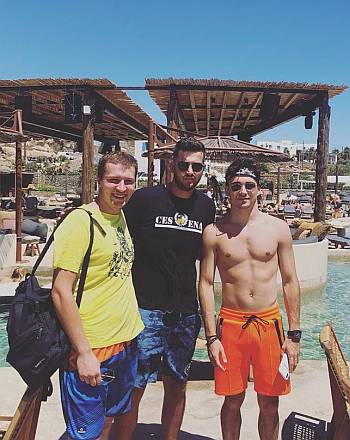 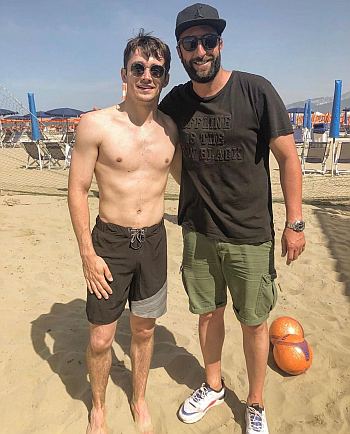 Working out shirtless at home. 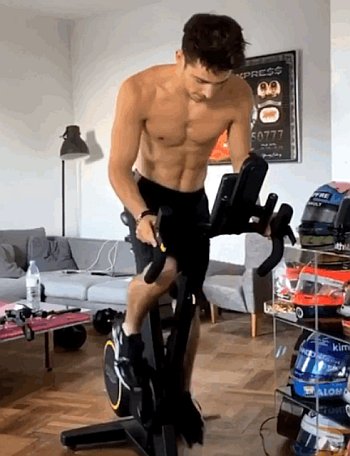 The next pic below is, without question, our favorite shirtless photo of the guy. 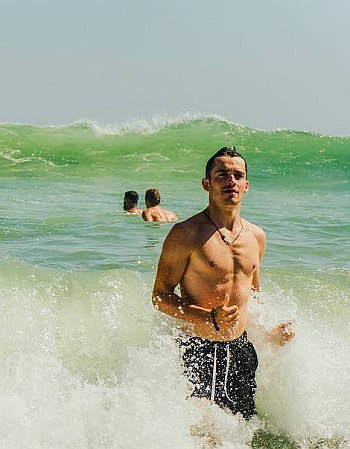 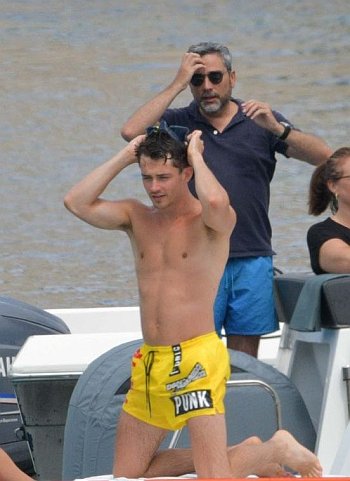 Charles Leclerc Gay or Straight? He is straight and dating girlfriend Charlotte Sine who is described by essentiallysports.com as “the daughter of a powerful entrepreneur”. Like his beau, Charlotte is also a native of Monaco which makes her a Monégasque.

Here are photos of Charles and Charlotte chilling together: 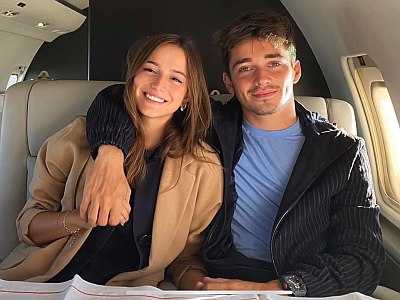 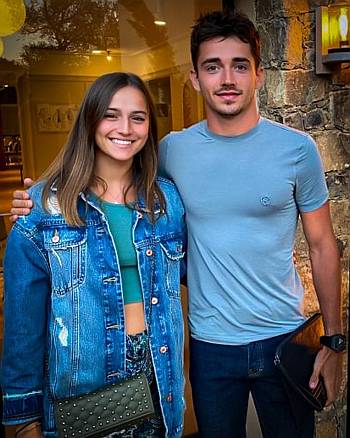 Charles Leclerc F1 Wins. To date, the 23-year-old F1 driver already has two wins to his name and has made the podium 12 times. If that ain’t a remarkable achievement for a young driver, we don’t know what is. Charles’ two victories are the Italian Grand Prix in 2019… 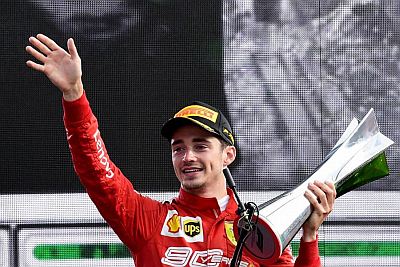 … as well as the Belgian Grand Prix which he won the same year. 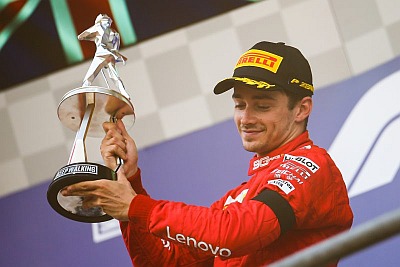