Channing Tatum Underwear: Yellow G-String and Modeling Photos (first posted 5 January 2009). Here’s a photo of male supermodel-turned-movie star Channing Tatum wearing nothing but his yellow G-String underwear. This photo is from the days when our handsome actor was entertaining ladies (and maybe some non-ladies too) as a male stripper.

Check out his stripper video below if you still haven’t seen it yet. We must say that Channing looks way much better now than when he was a young sapling.

…..
Channing Tatum’s Stripper Video (15 August 2009). Here’s the video of male supermodel turned GI-Joe movie star Channing Tatum during his early days as a male striptease dancer. He’s dancing in his tighty whitie underwear which is fun, fun, fun. Anyhoo, this makes us wonder whether there are videos of him out there doing some Kurt Wild stuff.

Still photos from the above video. Our Channing sure has mad dancing skills, no?

Of course, you already know that our Channing was first a male supermodel before he successfully crossed over to the movies. From being one of the top male supermodels, Channing became a movie star. So it’s no wonder he became a favorite coverboy among magazine editors.

The next image below is our friend Kevin’s favorite Channing Tatum underwear modeling photo.

He sure looks good in briefs.

Looks like he’s wearing Fruit of the Loom in the pic below, no?

We’re told the next undies he’s modeling is Abercrombie and Fitch.

…..
Channing Tatum on Vanity Fair (13 March 2009). Aha. Here’s male Supermodel Channing Tatum portraying our love affair with our automobile. That’s our interpretation of the photos anyways. Oh, we really don’t have to interpret it, right. Anyways, our Channing will be the cover boy of Vanity Fair in April 2009. 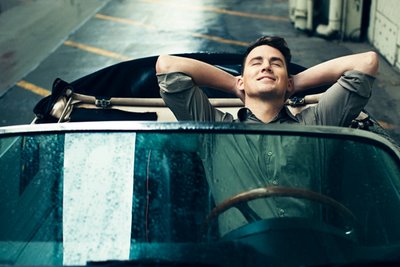 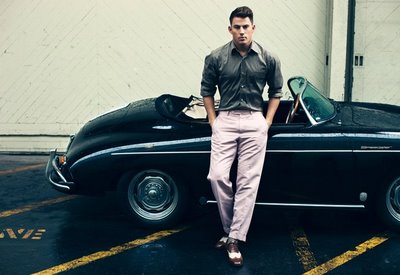 Channing Tatum is a Shirtless GQ Coverboy (16 July 2009). Male supermodel Channing Tatum appears to be successfully crossing over from the world of modeling (which is kinda niche) to the world of mainstream entertainment. Not a lot of models are able to do that. In fact the only male model we can think of who made a successful transition would be Mark Wahlberg. 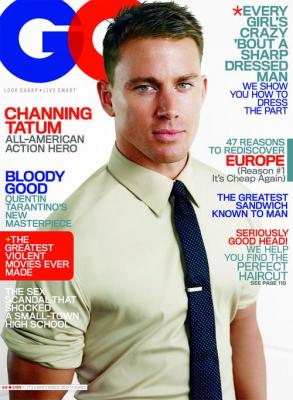 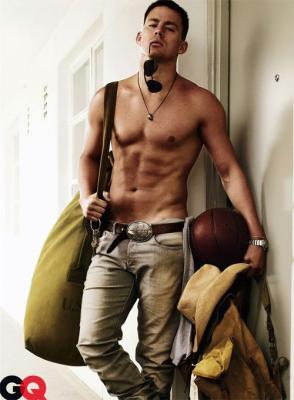 Channing is the latest cover boy of GQ Magazine. He starred in the movie Fighting released last April and is co-starring in the GI Joe movie scheduled for release this coming August. How hot is he? 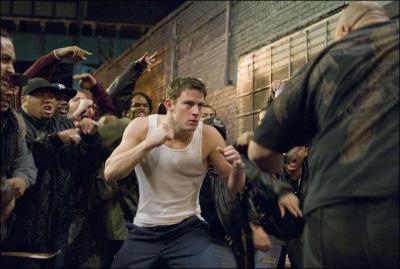