Chad Faust Update: He’s Now a Married Dad! Here’s another update to note that our multi-talented Canadian hottie is now a father of one. He is now a Hollywood Zaddy! Yay! Per his social media — specifically Instagram which you might want to follow @chadfaustyfaust — he tied the knot with now wife Joyce Vale in 2019. About two years later, the couple welcomed a baby girl they named Victoria. Yay! Here’s a pic of Chad and Joyce from their wedding which we grabbed from his Insta. 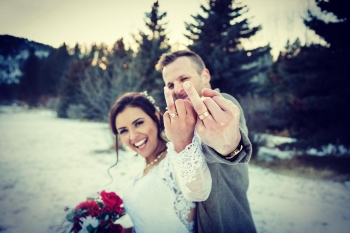 On the work front, Chad has written, acted in, and directed a movie called Girl which was released in 2020. It stars Bella Thorne and currently has a Rotten Tomatoes score of 57% fresh which is not bad for a newbie directorial debut. Top critic Frank Schenk of the Hollywood Reporter was positive about the movie and its director: “A slickly made, effectively atmospheric B-movie suspenser that marks a promising feature debut for its writer/director, who also plays a featured role.”

…..
Chad Faust Shirtless (20 March 2017). We are updating this post to bring you more Chad Faust shirtless gorgeousness. Let us start with out favorite, a still photo of our Canadian hunk from the 2004 movie, Saved! 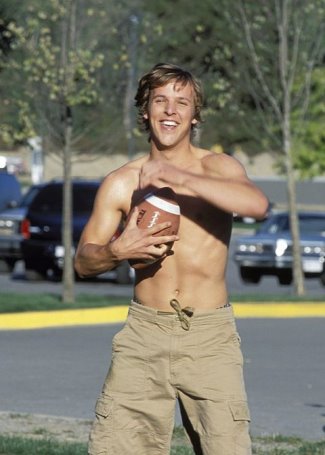 The next image is from the 2007 drama thriller movie Descent where our Chad strips down to his birthday suit. There are more revealing photos of our Chad from descent but we are not going to put them here because our Grandma Akita will not approve. Hehe. 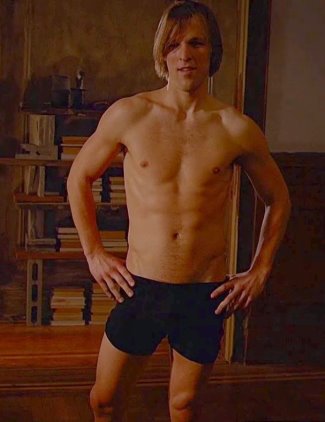 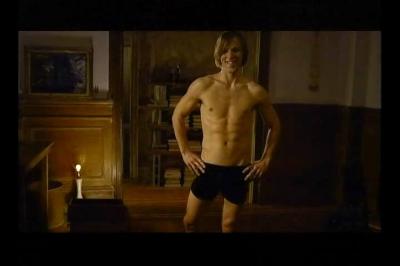 Maybe he should add “male underwear model” to his many list of job titles, eh? Anyhoo, here’s another Chad Faust underwear screencap.

Considering the photos below, we bet our Chad can also be a male model of the non-underwear kind. For instance, he can be one of them guys modeling like they are real construction workers. 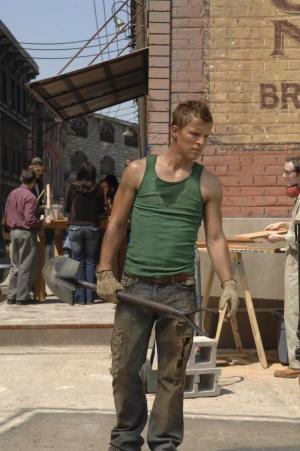 Why is our Chad making the V for Victory sign? 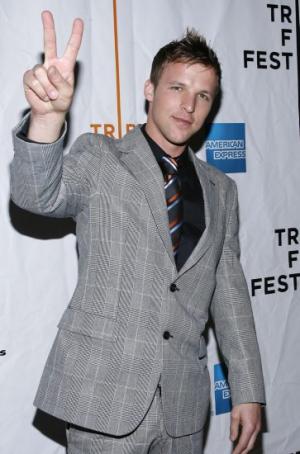 …..
Chad has been in the movie/TV business since 2000 (according to IMDB anyway) and has starred in 32 movies/TV shows so far. Fans of him are surely excited to know that he’s working on two movies – Manson Girls which is scheduled for release in 2012 and Relative Insanity, a comedy drama which will also star David Duchovny and Helen Hunt.

Probably the funnest project our Chad has been involved in is this short video called Hot Dudes With Kittens from Funny or Die. Check it out. [Sorry, video was unfortunately deleted at source.] 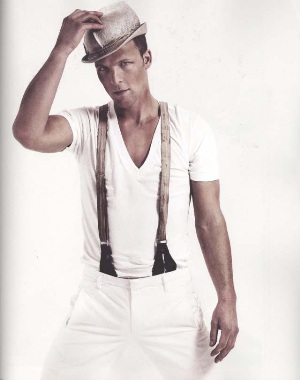 Want more hot Canadian hunks like our Chad? Well, go check out our post about these shirtless Olympic Kayak athletes.