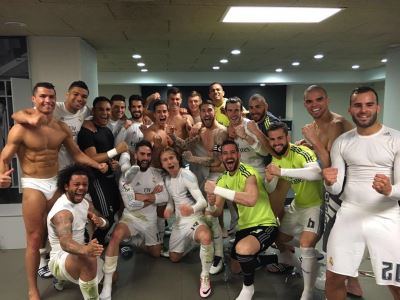 We thought we were done blogging about Cristiano but how can you say bye bye to a famous celeb like this Portuguese hottie — who happens to be one of a select few who is really an international sports star — if he keeps giving us images like this to talk about? Want more men in white briefs? 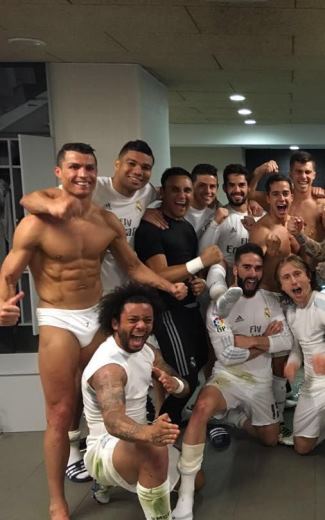 Oh, we gotta admit we’re starting to like him again too! We liked him when he was starting out and was being talked about as the next big football star. We continued liking him when he turned pro and began proving that he’s got the talent and the discipline to be what people touted him to become.

But then we started disliking him when the media coverage on him became 24/7. He seemed to be everywhere all the time like one of those silly Kardashian girls whose every move make headlines. Remember the time when the Daily Mail reported that Kim K. farted? Annoying, isn’t it? And we were getting annoyed with the equally never-ending coverage of Cristiano Ronaldo.

But, on hindsight, we gotta say that Cristiano is — unlike the Kardashian girls — a genuine celebrity (with a pretty awesome talent to boot) and that the coverage on him is warranted. Unlike, say, Kim K. who is very obviously self-manufacturing little controversies (not to say marriages) just so she remains on the papers.

And we gotta say too, that despite the rise of his popularity not only in the world of football, he has conducted himself with dignity and grace.

So fellow Famewatchers, what do you think of our celebrity tighty whitie dude of the day? You also admire him, huh?