Celebrity Tighty Whitie Briefs Underwear 2016: Today in celebrity tighty whitie, we bring actor Benjamin Walker who is rocking his tighty whitie briefs underwear as Patrick Bateman in the stage version of American Psycho. The show just opened on Broadway and the critics are praising Benjamin’s performance. 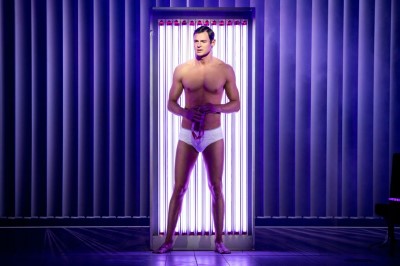 For instance, here’s what the New York Time’s critic is saying about Benjamin as Patrick: “Mr. Walker, who oozed charisma in “Bloody Bloody Andrew Jackson,” holds the show together, for sure. The physical precision he brings to Patrick’s disintegration is remarkable. And when Lynne Page’s largely amorphous choreography turns his legs into sharp-edged flying scissors, he’s exactly the kind of cutup you want Patrick Bateman to be.”

Before we give you another review, let’s take a closer look at Benjamin as the tighty whitie-wearin’ Patrick Bateman, shall we? 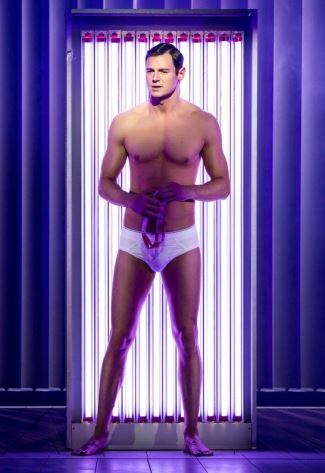 And here’s another review from USA Today: “Patrick, played by a mesmerizing Benjamin Walker, and his posse can indeed seem like caricatures of yuppies — who, not unlike today’s millennials, were perceived as self-centered and brand-obsessed…Walker’s witty, terrifying Patrick — disturbingly se*y, then unexpectedly moving — holds us rapt throughout.”

Disturbingly se*y, eh? He’s got a beautiful body, that’s for sure! Check him out in his shirtless glory! 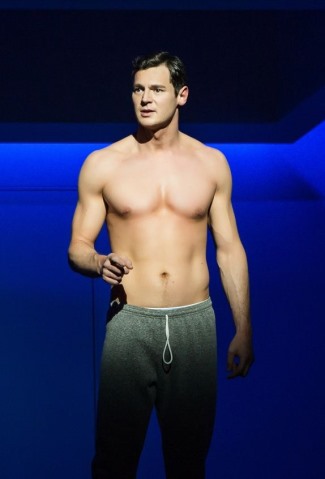 How did our hunky hunk hunk develop a body like that? He worked out of course! But he tells us more about how he sculpted his “prison-ripped” bod in an interview with Entertainment Weekly: “I have a trainer. This guy, Rich Barretta — sounds like a trainer doesn’t he? He’s a guy that I’ve worked with for years. He helps me not only be healthy but [he] kind of sculpts people. It’s one of the fun aspects of being an actor. It’s grueling, but if you’re going to take it seriously, it’s part of the job. If you were a saxopohone player, you’d know what different reeds sound like on a horn and I really don’t consider it any different.”

He adds, “Basically, I show up and he kicks my ass. We were talking about, ‘What’s scary? What muscles are scary?’ When you look at the guys that get in shape in prison, there’s something enticing about it, but also really off-putting. And that was what we were going for: prison-ripped. I don’t know if I’ve achieved it but that’s what we’re going for. But [all he characters] are obsessed with their bodies and that vain idea of ‘How I look is how I am.’ Everyone in the cast has had to do what I’ve done.”

But he attracts just as much attention even if he is fully clothed. Haha. 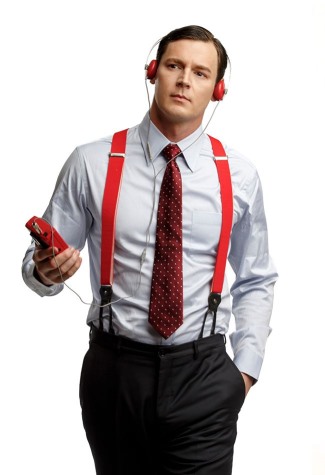 Did you know that Benjamin went kissy-a-kissy with Bryan J. Smith in The War Boys. Here’s a still image but you might want to check out an earlier post we did about it: Celebrity Gay Kisses. 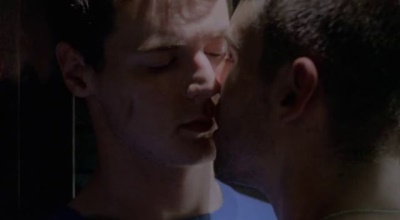 So what do you think of our first celebrity tighty whitie briefs underwear post of the year? Pretty cool, huh?