Celebrity Playboy Bunnies and Cover Girls. Say what you will of Jenny McCarthy’s health pretensions but you gotta give the girl credit for her evolution from a fishnet-wearing Playboy bunny to a dazzler on the red carpet. 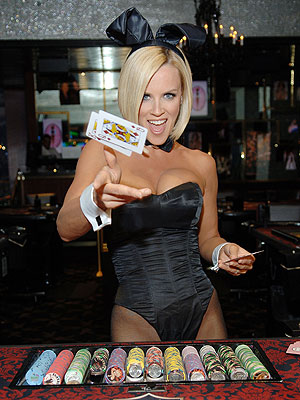 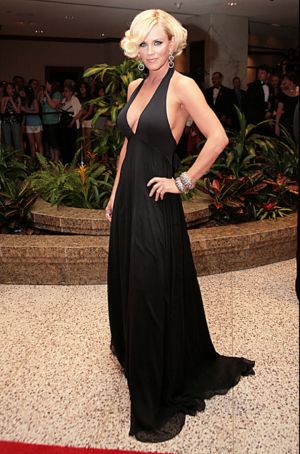 If Jenny’s pantsuit ain’t sexy smart, we don’t know what is. 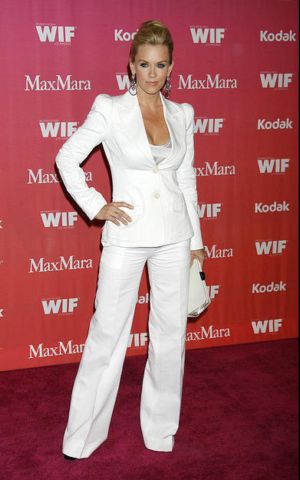 Jenny McCarthy as an Underwear Model – Then and Now: 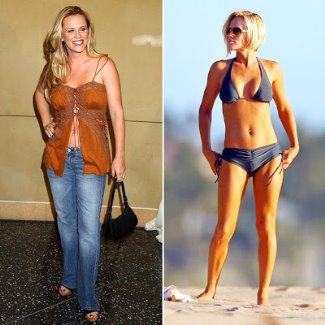 Check out these photos of a younger Jenny McCarthy as well as her current older version. We like the younger version, of course, but its only because the older Jenny in the above photo isn’t dressed to show off her best assets.

Another pic of a younger Jenny McCarthy below. 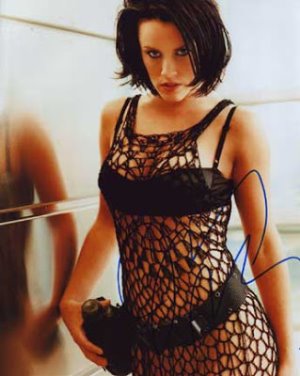 That’s the silliest dress we’ve ever seen in our entire life but it might actually be a good outfit to wear at the beach. Right?

WANT MORE PLAYBOY MODELS? THEN CHECK OUT THE FOLLOWING: 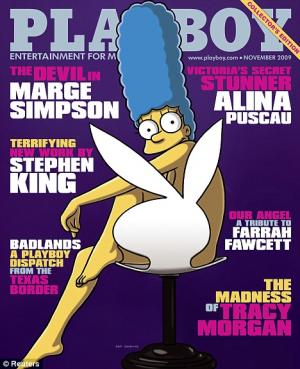 Is Marge Simpson starting to get unhinged like Lindsay Lohan? We ask because Marge has been acting weird lately. Recently, she went girl-on-girl kissing to the surprise of her husband, Homer.

Now, Marge Simpson is reportedly posing for the upcoming November 2009 issue of Playboy Magazine. Why is she doing this? Well, apparently because she’s allowing herself to be used by Playboy editors to broaden the magazine’s demographic.

‘It had never been done, and we thought it would be kind of hip, cool and unusual,’ [Playboy CEO Scott] Flanders told an American newspaper.

He said the magazine hoped to attract readers in their 20s compared to the average Playboy reader’s age of 35.

Really, Scott? Is that the real reason? Or are you just trying to make real some childhood fantasies you had when you were watching The Simpsons? Admit it Scott, you must have been attracted to the hair.

More Celebrity Playboy Bunnies and famous covergirls and coverboys after the jump.