Celebrity Mankini: Famous Men Wearing Mankini Swimsuit. We are resurrecting this post, which we last updated eleven years ago, to bring you this photo of Jaboukie Young-White. For those of you who are not familiar with him yet, Jaboukie is a comic, actor and correspondent for The Daily Show With Trevor Noah which airs on Comedy Central.

This pic of our Jaboukie in Borat mankini is from the 2017 movie Rough Night. Can anyone of you ID the cute guy beside him? We’ve tried but came up empty. 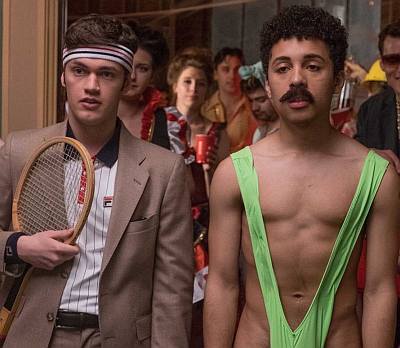 …..
Celebrity Mankini Inspired by Borat (2 March 2009). Are you a fan of the Borat mankini underwear? Well, check out the “originator” of this outfit. It’s no other than funny man Sacha Baron Cohen — as Borat Sagdiyev (sp) — in mankini. Although the mankini is horrendous and is probably the worst underwear ever, we still give props to Borat for introducing it to us. 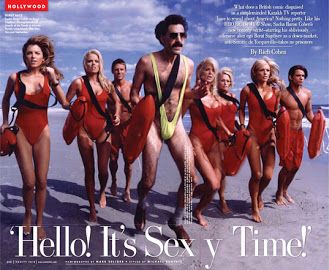 We also give props to the following male celebrities who are game enough to wear the Borat mankini.

Celebrity Mankini: Jim Carrey, Mankini Model of the Day (26 March 2009). For some inexplicable reason that only he (and maybe his girlfriend) can explain, Jim Carrey decided to wear a mankini following the examples of Sacha Baron Cohen and John Mayer. Seriously, Jim. What’s up with that? We still love you though. 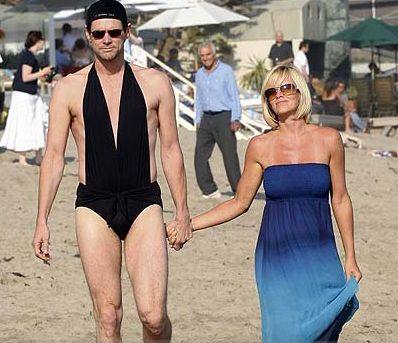 …..
Celebrity Mankini: John Mayer Performs In Mankini (03 March 2009). So, one hot summer day, John Mayer found his inner Borat and dressed up in an atrocious mankini. Ugh. These photos almost made us fall out of love with him. We weren’t expecting a John Mayer underwear to be like this.

…..
Famous Men Wearing Mankini: Celebrity Mankini on Celebrity Big Brother. Other celebrities who are man enough to wear the mankini include the housemates of the last edition(?) of BBC’s Celebrity Big Brother. What do you think of MMA fighter Alex Reid in his pink mankini? We think it is less humiliating than being married to that crazy girl Jordan but that just us. 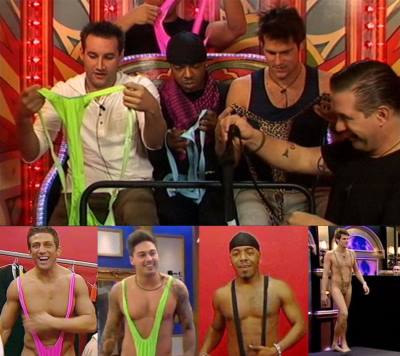 R&B singer Sisqo looks like he’s saying, “Damn! What have I got myself into?”. For his part, Mario Falcone looks like he is enjoying his mankini experience.

Meanwhile, Swedish hunk Jonas Altberg aka Basshunter ruled the runway in his leopard-print mankini. [He also bared himself for a testicular awareness campaign: Jonas Altberg Strips for Cancer.]

Lastly, “devout” Christian celebrity Stephen Baldwin kind of cheated because he didn’t wear a celebrity mankini. Instead, he opted for what our fat cousin wears when she goes to the beach. What are you hiding, Stephen? 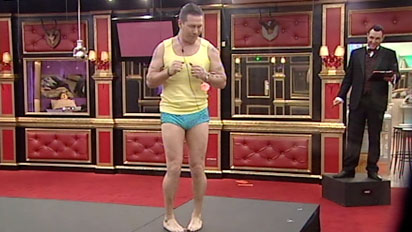 Who among these Big Brother celebrity housemates rocked his Borat mankini underwear the most?