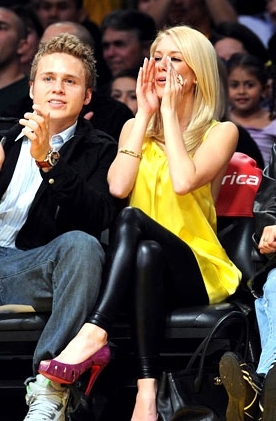 Can’t say we are a fan of her and her husband Spencer Pratt but we gotta admit that the girl knows her fashion. Look at them awesome shoes for instance. It might give her some bad bunions aka the bad side effects of high heels (just ask Victoria Beckham) but Heidi sure knows what’s fashionable. 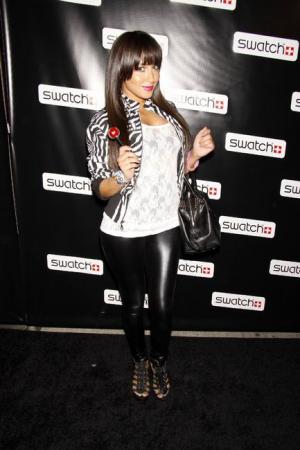 If you are wondering about what Adrienne is up to these days, she is reportedly working on her first solo album which will be “filled with pop and hip hop elements and R&B”. Says Adrienne of her upcoming album:

“It’s an R&B-pop album that kind of reminds me of a modern day version of 3LW,” Bailon told Rap-Up.com recently. “I’m going back to my roots of R&B and hip-pop. I’m so excited. It’s going to be a great album and I think people will be really surprised.” 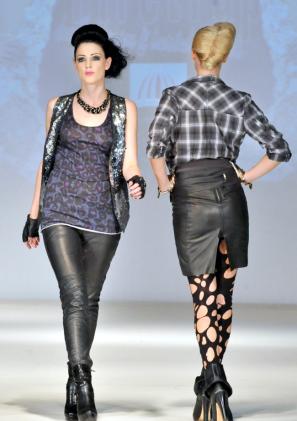 We are going to bet ten dollars that these girls are suffering from bunions. How could we be so sure? Because bunions, as the poor Victoria Beckham found out, are the bad effects of high heeled shoes. You often wear high heels like that, better get yourself a podiatrist or foot doctor.

But we gotta give these girl models a lot of credit because they’re looking good in their leather skirt and leggings.

For other celebrities who love them their leggings, check out our post on Rihanna’s Leather Leggings and these Celebrities in Latex Leggings for Girls.