Celebrity Green Cars: BMW, Prius, Hummer, Greenbird. Who among your favorite celebrities are driving cars that are environment-friendly? We decided to make a list of said celebs and the cars they are driving. We begin with actor Edward Norton who’s seen below with his green car. 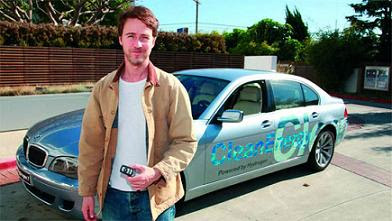 For those who are wondering, Edward’s car is a BMW Hydrogen 7 which was apparently given to him by BMW as part of its “Pioneer Program.

2. Here’s Kate Bosworth visiting an elementary school to promote environmental-friendly cars that are “Good, Clean, Fun”. Apparently, the actress drives a Prius which he bought in 2007. 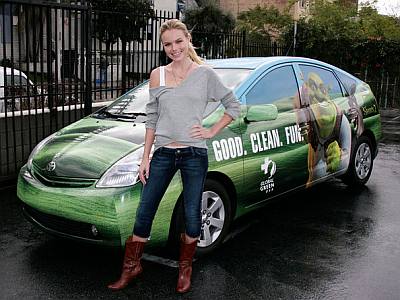 3. Let’s also add The Guvernator himself Arnold Schwarzenegger to our list of “greenies”. The dude’s got a Hummer that runs on vegetable oil. Here’s an earlier entry we made about Arnie and his car: 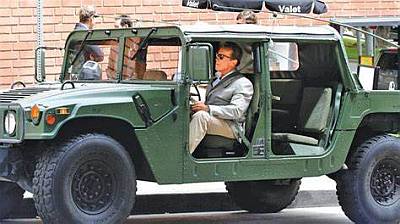 If you’re like, “What kind of car does California Governor Arnold Schwarzenegger drive?” Consider your question answered because we have some photos that give you the answer. Apparently, Arnold drives an effin’ badass Hummer. But Governor Arnie ain’t driving an ordinary Hummer! Nope, he had it converted into an environment-friendly car, that runs on vegetable oil, to the delight of environmentalists. Way to go, Arnie!

4. Like some Hollywood celebrities Adrian Grenier, star of the HBO hit show Entourage, apparently loves him his Prius car. Is Adrian the most famous curly-topped young male celeb these days? We can’t think of anyone with a curlier hair than him. 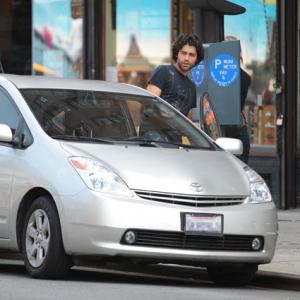 5. Arnold Schwarzenegger’s vegetable oil-powered Hummer may sound badass but nothing is more badass than this wind-powered car designed by British engineer Richard Jenkins. Unfortunately, the car – which looks like a plane – may not see mass production in our lifetime. 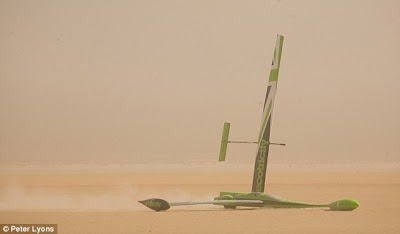 More about the Greenbird from the Daily Mail: “Richard Jenkins clocked 126.1mph in his Ecotricity ‘Greenbird’ powered only by 30mph winds. He eclipsed the previous record of 116 mph, set by American Bob Schumacher ten years ago. The Greenbird, which looks like a stretched missile with a giant fin, is the most advanced wind powered vehicle on Earth. It uses technology found on Aircraft and Formula 1 cars to achieve staggering speeds without an engine.”