Celebrity Gastric Bypass Surgery: One of the ways people use these days to loss weight is gastric bypass surgery. It’s a drastic measure — the idea of undergoing surgery to lose weight makes us uneasy — but it apparently works well. However, it is not without complications as you can see in the case of Charlie Weis below.

Let’s take a look at the before and after photos of seven celebrities who underwent gastric bypass starting with: 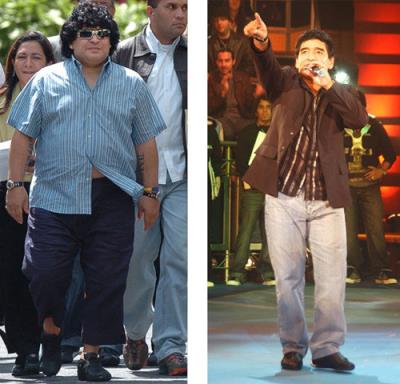 ESPN reports on how the football icon started a trend in Colombia where he had his surgery::

Diego Maradona has started a weight-loss trend. Impressed by the way weight-reduction surgery in Colombia transformed Argentine soccer icon Diego Maradona, overweight Colombians are flocking to doctors for the same procedure — and want the government to pay for it.

Maradona weighed 266 pounds before he had the surgery in March. Since losing the weight, he’s been jetting around the world, showing off his new body.

2. Al Roker. The NBC morning-TV personality is one of the early celebrities who underwent gastric bypass since he had one more than a decade ago in 2002. He lost more than 100 pounds following the procedure. Here’s a dramatic People Magazine cover photo showing how much Al lost weight: 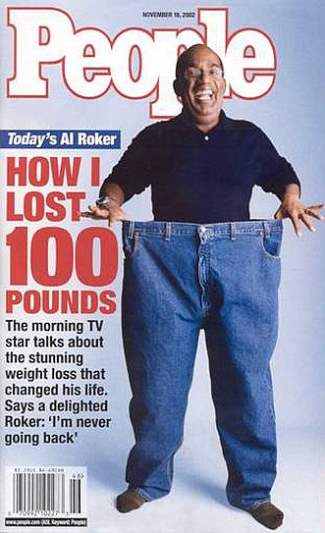 3. Randy Jackson. The former American Idol judge tried every diet imaginable (“Liquid fasts. Bee stings. Urine of pregnant women. You name it. I have tried it. The problem is that those diets don’t work for people who have the disease of obesity.”), before he underwent gastric bypass in 2003. He lost over 100 pounds since the procedure. 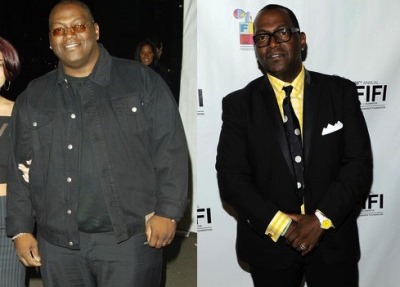 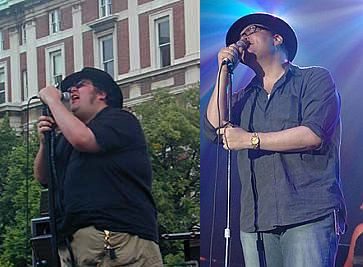 Here’s what John says about his surgery in an interview with Glide Magazine in 2011:

So the gastric bypass was a total success?
Yes, even though my weight started getting up high again, it was to be expected. They gave me a medication to help with the binge eating and I’m down to 283 but I’d like to be about 270. I got as low as 238 and my head looked inordinately large. As far as a physical human being goes, I could be thinner than that, but I didn’t feel right. I was dizzy all the time. What they say is you gain some of it back over the first three years and then you plateau, which has pretty much been the case.

5. Star Jones. The TV personality had a gastric bypass surgery in 2003. 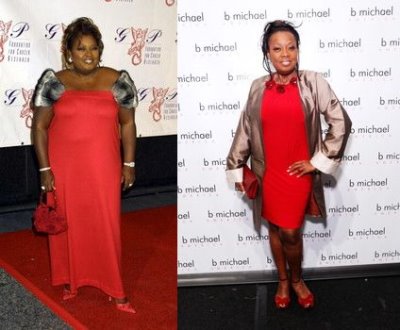 In an interview with Matt Lauer she tells us why she decided to go under the knife:

I couldn’t walk the stairs. I couldn’t walk the airport length without having to stop and catch my breath. My greatest fear was that I would die in my apartment alone from a stroke or a heart attack – too big to get to the phone. And I made up my mind that whatever it took, I was gonna lose that weight.

She reportedly lost a total of 168 pounds following the surgery.

6. Carnie Wilson. Carnie made internet history in 1999 when her gastric bypass surgery was broadcast over the internet. She reportedly lost 150 lbs following the procedure. However, she eventually gained back some weight so she decided to undergo lap-band surgery in 2012. 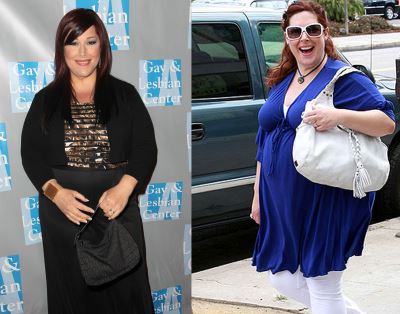 Weis was so close to death that he reportedly received the Catholic last rites. Weis later sued the doctors who performed the surgery for malpractice and lost. A major reason cited for the jury’s decision is that Weis ignored doctors’ advice and pushed to have the operation done quickly, rather than going through a recommended six-week preoperative program.

That’s it for now fellow CelebrityWeightWatchers! Watch out for other weight-loss surgery procedures we plan to post in the future.