Aha. Now we know more about them weird Scientology practices. Turns out that their women must undergo some kind of detoxification before they get pregnant. Would any of you know about the health benefits (or disadvantages) of this detoxification program? Do share it with us in the comments.

Katie Nicholl of the Daily Mail reports on Katie Holmes’ detoxification which apparently makes the Hollywood actress tired and lethargic:

It appears that the 30-year-old actress was simply too tired as she continued with her punishing detox diet, apparently as a prelude to having a second child. I revealed last week how Katie had become a devotee of the diet – which consists of herbal drinks and a purification procedure to eliminate toxic substances.

‘Katie has almost rid her body of toxins but sometimes it makes her lethargic,’ said a source. ‘Tom’s encouraging her to stick to the diet because they are hoping to conceive baby number two.’ The source said Katie is following the teachings of the Scientology Second Dynamic, a book that advises on conception and marriage. 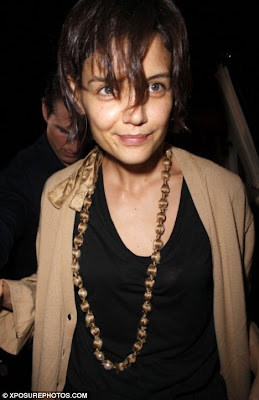 So this is what Katie Holmes’ detoxification is doing to her? In a normal world, a detoxification should make one glow with health. But Katie is living in the world of Tom Cruise so we’re not surprised that her detoxification “program” is making her appear less healthy. If we are her parents, we would be very, very worried. 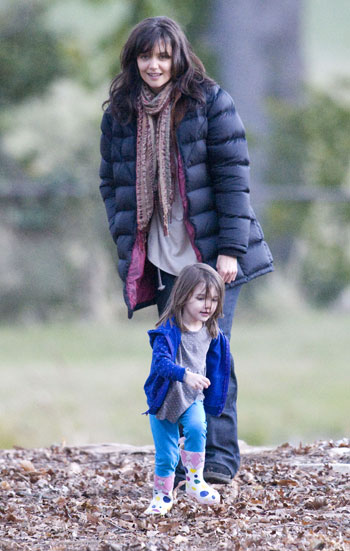 Looks like Katie Holmes has recovered from whatever ailed her a few months ago. She looks way much healthier in this picture from Australia (with kid Suri Cruise) where’s she’s shooting the horror film, Don’t Be Afraid of the Dark which also stars Guy Pearce and Bailee Madison.

Maybe her detoxification program really worked after all? Well, good for her if it did.