Let’s check ’em out shall we? Our friend Deena says Kiefer looks like a real-deal cowboy in the pic below and we kinda agree with her. 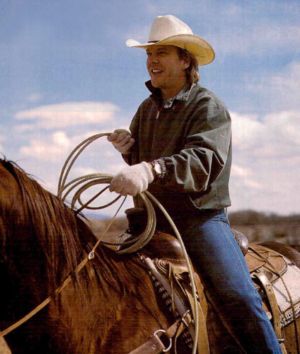 He’s at home, home on the range. Where the deer and the antelopes play…. 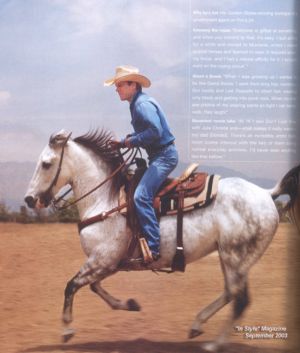 Did you know that the multi-awarded Canadian actor did some “cowboying” in real life? Apparently, he took a break from acting and joined the rodeo circuit. He won two roping contests in Phoenix and Albuquerque.

Here are photos of the actor going up against other rodeo cowboys. 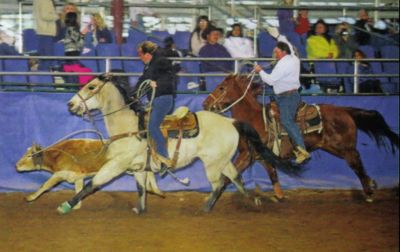 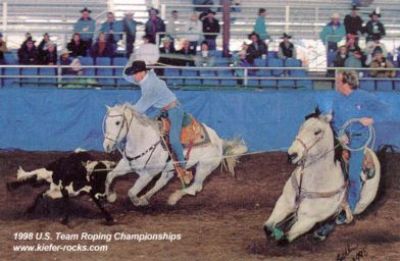 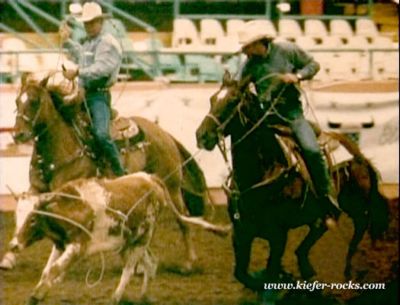 We know some of you are curious about Kiefer’s rodeo adventures in real life so we copied this info from his wiki page: “In the late 1990s, Sutherland (inspired by his films Young Guns, The Cowboy Way, and Cowboy Up in which he learned how to rope), decided to retire from acting briefly to pursue the rodeo circuit. In consequence, he purchased a 900 acre ranch in Montana, along with horses, bulls/cows and machinery. When he had purchased his ranch it was his neighbors who ran cattle, so they were the ones who helped him get into rodeo.”

Wikipedia adds: “While travelling on the road with the rodeo, he participated in numerous roping contests, two of which he won in Phoenix and Albuquerque. Sutherland has considered moving the purchase of a ranch near Wood Mountain Saskatchewan, near the former home of his personal hero Saskatchewan Stockgrowers Association President in the 1970s, Boyd Anderson.”

In an interview with E! News, Kiefer had this to say about his personal hero: “I think the fight of people like Mr. Anderson against supply managment is a good representation of the rugged individualism which has made Saskachewan so strong. The realization that prosperity comes from hard work and not government handouts.”