Celebrity Cougar Relationships: May December Hollywood Romance. We wrote this post back in January 2009. We decided to make an update ten years later to check who among our famous May-December romantic relationships are still going strong.

Carol McGiffin and Mark Cassidy. Our celebrity cougar of the day is Carol McGiffin. She is 48 years. Her boytoy Mark Cassidy is 26. Carole says of their relationship: “I don’t care about the age gap. It doesn’t worry him, so I’m trying not to care either. Yes, it is a big difference, but he is a very mature, grown-up 26 – more than I was at that age – he has a good job and owns his flat. I am a very immature, young 48 so I reckon we meet somewhere in the middle. He sleeps a lot and late, he only has two pairs of shoes, his telly is too big for his flat, he owns a PlayStation and never goes anywhere without being plugged into his iPod.” [As quoted by The Daily Mail.] 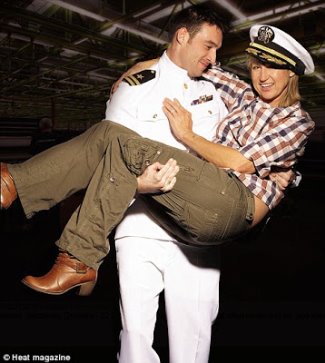 UPDATE: Apparently, they tied the knot in February 2018 but kept it secret until Carol revealed the news a year later in an interview with Best Magazine.

Demi Moore and Ashley Kutcher at Sundance. Demi Moore at 46 years old looks younger than Ashton Kutcher at 30. We think these two deserves props for they’re the ones who make cougar relationships cool. Double props to Demi — arguably the most famous celebrity cougar — for not desperately trying to be young unlike, say, Madonna. UPDATE: These two have since broken up. Ashton is now married to Mila Kunis with whom he has two children. Demi, as far as we know, is still single. 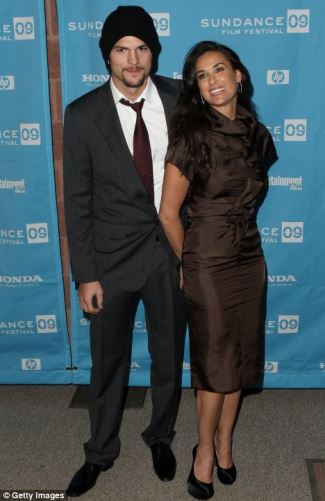 Paris Hilton And George Sampson. Friends, remember this as the day when Paris Hilton officially became a cougar. Our evidence: The above photo of our Paris, 27 years old, kissing British Got Talent’s George Sampson, 15 years old. OMG, Paris, that’s gross. He is still very much a minor. Can’t you find one your age? UPDATE: Duh. It seems like these two just wanted to get their photos in the papers; it didn’t look like they ever dated at all. 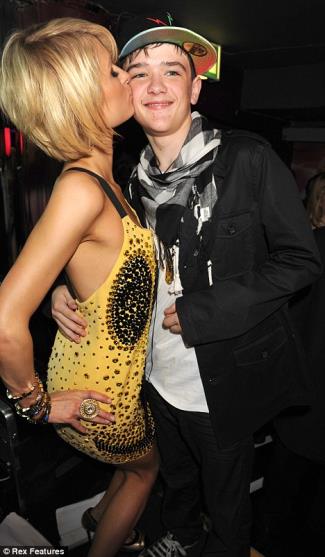 Madonna and Jesus Luz. Madonna, the mistress of re-invention, has successfully re-invented herself as a wiser woman who falls for younger men. In three years, we won’t be surprised if she is dating George Sampson. Just saying. UPDATE: They are no longer an item. 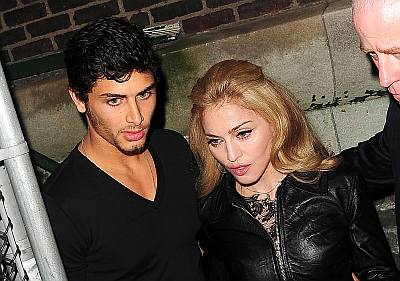 Helena Christensen and Ed Eastwick. Hey, Ed Westwick, watchu doing kissing that older woman. And wassup with all the public display of girl-kissing? First it was Jessica Szohr and now Helena Christensen? We wonder what Chace Crawford will say about this. UPDATE: Did these two ever really date? Seems like we should not have included them in this celebrity cougar list. 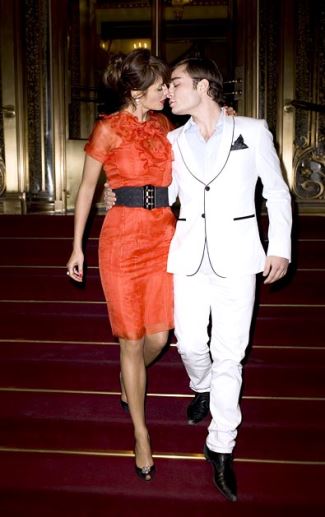 Natalie Imbruglia and Prince Harry. Hey look, 24 year-old Prince Harry has got himself a celebrity cougar. And Natalie Imbruglia, 34 years old, has got herself a cub. All together now Famewatchers let’s sing, “Prince Harry and Natalie sitting on a tree”. According to reports the Prince, dressed as a surgeon (see above photo and make your wink, wink, injection jokes), attended Natalie’s 34th birthday party two weeks ago. 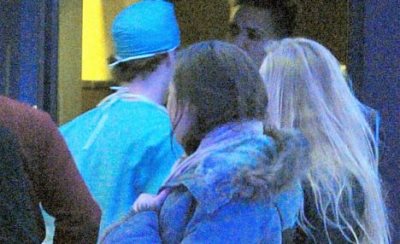 UPDATE: Prince Harry is now married to Meghan Markle. Natalie, for her part, most recently dated photographer Matt Field. We don’t know if they are still together.

Aaron Johnson and Sam Taylor-Wood. Cry your hearts out Aaron Johnson teenage fans who dream of snagging his heart someday. Apparently, this British nineteen-year-old star who looks great in his Calvin Klein tight briefs has a girlfriend. 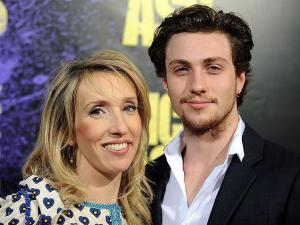 Not only that, she’s not just a girlfriend; she’s actually his fiancee. Not only that, the two are reportedly having a baby. Not only that, this Sam girl is old enough to be his mom. We are soooo including them in our Cougar Watch relationships. After all she is 43 and he is 19. UPDATE: The two tied the knot in 2012 and are blessed with two daughters.