Celebrity Cars. If you are looking for famous celebrity cars, well, you came to the right place because we made a list of famous people and their cars.

Specifically, this list includes the likes of Gerard Butler, David Beckham, Hugh Jackman, Hugh Grant, Britney Spears, Justin Bieber and the cars they drive. Which of these pretty cool vehicles is your favorite? 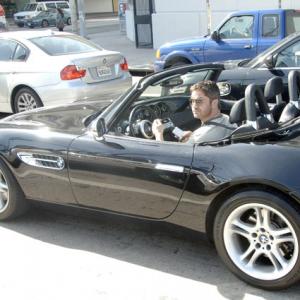 Adrien Brody. Next in our list of famous guys and their celebrity cars is Academy Award winner Adrien Brody and his black Corvette. Look out for Adrian’s upcoming movie Predator, a film directed by Robert Rodriguez, which will be shown sometime in July. 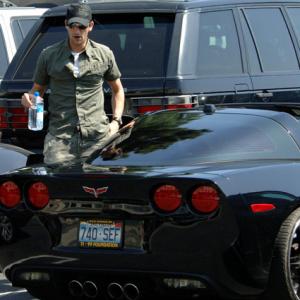 Duncan James. British singer Duncan James at the Goodwood Festival of Speed in 2006. Okay, we must admit that we’re not sure if that black Nissan 350Z Concept Car is Duncan’s or whether he’s just going to give it a test-drive. 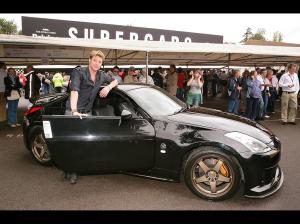 Britney Spears test drives a Maserati. Okay, she’s not really the one test driving it but we’re pretty sure she’s gonna pay for the car if she decides to buy it. How much is a Maserati car of this model? According to TMZ, it’s “worth well over $100,000” which is peanuts for Britney but is a fortune for the rest of humanity. 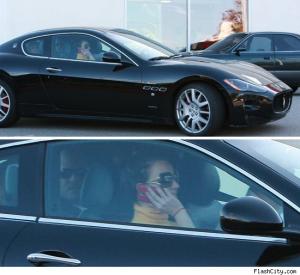 Justin Bieber. Mop-haired Justin Bieber has got himself a new car. But its not just a new car which boys his age usually dream about. Our Justin has got himself a freaking Ferrari F430 which, according to news reports costs “in the range of $200,000”. Wow, that’s money most of us ordinary peeps can only dream about. Maybe we should start posting songs on Youtube, eh? Are we the only ones jealous of this kid’s good fortune? 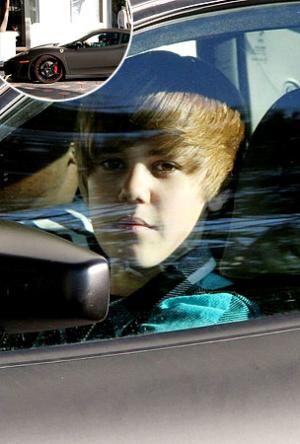 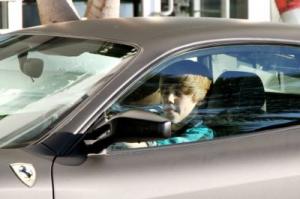 Mischa Barton. Check out Mischa Barton, star of the immediately-canceled model show The Beautiful Life, in her newly purchased classic Cadillac. How much is her car? It’s worth $15,000 according to The Daily Mail. So it ain’t as expensive as Justin Bieber’s Ferrari which, as we mentioned above, is “in the range of $200,000″. 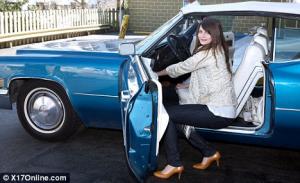 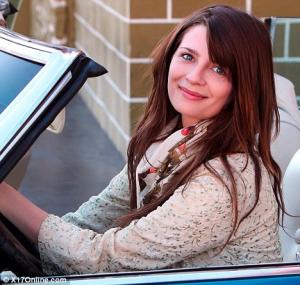 Paris Hilton’s Pink Car. Did you know that pink-colored cars are the least likely to be stolen according to a recent Dutch study? Maybe Paris isn’t as dumb as we think she is? 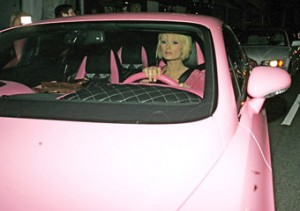 A post about pink cars we wrote earlier: Pink cars, like the one being driven by socialite diva Paris Hilton, are the least likely to be stolen by car thieves. This is according to a study by a group of Dutch students who also state that the thieves’ lower preference for pink cars is due to their lower resale value.

And what car colors are most likely to be carjacked? Apparently, thieves go for black, blue, and silver/grey.

David Beckham. Footballer David Beckham drives one of his kids to school in his Jeep Wrangler. Would you believe that David is getting some bad press from British tabloids for owning a Jeep Wrangler. They go, “OMG! He has a big car. Who does he think he is? Is he going to a war zone?” Hehe. Them Brit papers can really make a stink out of everything, no? 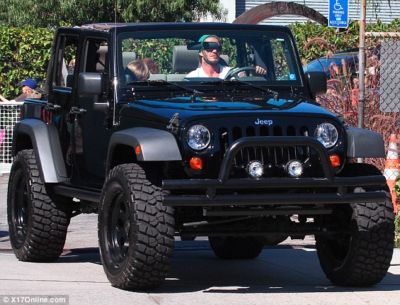 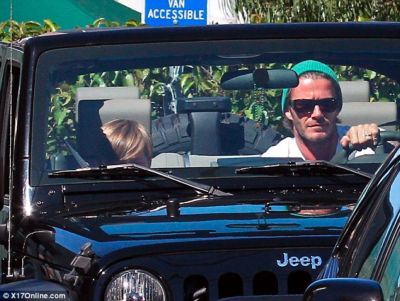 Hugh Grant. The Daily Mail is reporting that Hugh just bought this Ferrari to the tune of £14,3325. He supposedly bought it for his 50th birthday. Whaaa….t? Don’t tell us Hugh is now a golden boy? Time does move fast, no? We can still remember his charming stuttering in Four Weddings and a Funeral as if it was only yesterday. 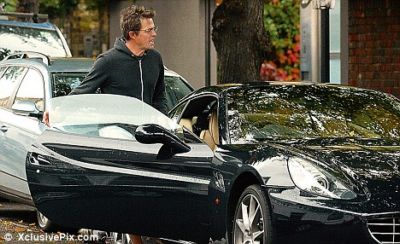 Brad Pitt. Okay, this is technically not a car but we like to include Brad Pitt in our list so here’s Mr. Angelina Jolie riding a BMW F800 motorbike in the streets of Budapest. Brad, Angie, and their kids are temporarily based in the Hungarian capital where Jolie is directing a Bosnian war movie. 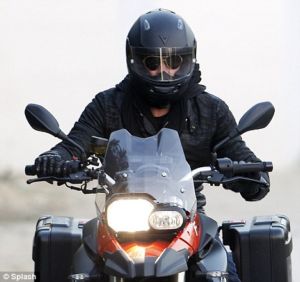 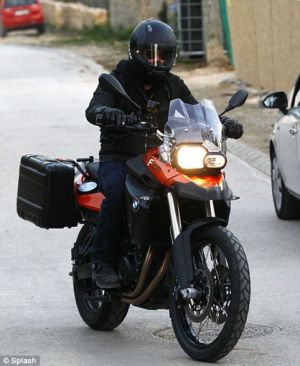 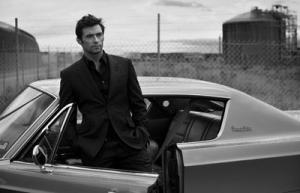 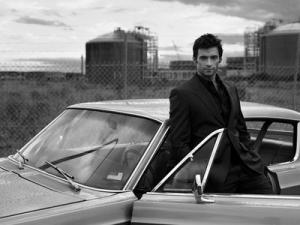