Celebrity Briefs Underwear Dude: Nyle diMarco. Famewatchers, our celebrity briefs underwear dude of the day is no other than our ANTM imaginary boyfriend Nyle diMarco who was recently named as a brand ambassador for the trendy men’s underwear label that is 2(X)IST underwear. Here’s a pic of our imaginary beau in his 2xist briefs.

Nyle sure is going places! He just might be the biggest star produced by Tyra Banks and her modeling show, America’s Next Top Model. In fact, if you thought you’d never hear of him again after ANTM, you’d be very mistaken because our Nyle is currently cast in Dancing With the Stars (DWTS). In fact, he is wowing judges and fans with his dancing skills and he is one of the favorites to win the DWTS mirror ball trophy. Even if the trophy is ugly as f*ck, let’s keep our fingers crossed that our Nyle will win it and bring it home.

Before he became a brand ambassador for 2xist, Nyle did some runway modeling for the brand a few months back. Check him out: 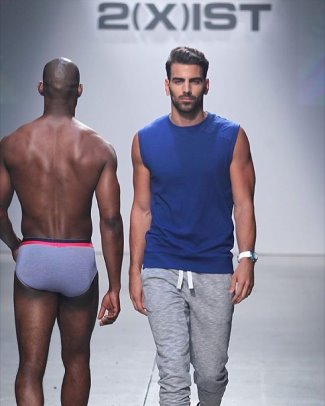 How did our beau make the 2xist connection? Well, he tells us himself in this story he shared with his Instagram followers:

nyledimarco: I have a funny story. I was in a long line for the bathroom at a bar in Manhattan. There were two people, a guy with pink hair and a lady, in front of me chatting and probably whispering, making a few eye contacts here and there. I jokily reassured them that I’m Deaf and I can’t hear anything! Bam, there was a good energy connection. Texts were exchanged. And, a few weeks later, here I am, walking for 2(X)IST. The two people? They work for 2XIST and the guy in pink is the Creative Director. Like I mentioned before, I love humans, and the moral of the story is the importance of meeting people, even though if you’re in the line for bathroom! #Reasons2XIST 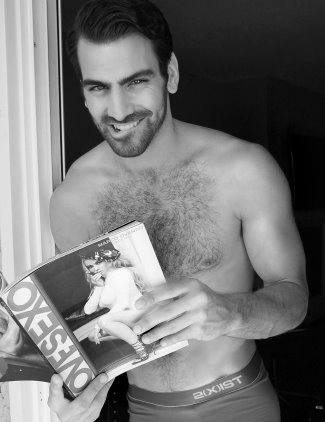 Congrats to Nyle for becoming a 2xist brand ambassador and good luck on your quest to bring home the DWTS mirror ball trophy!

So Famewatchers, what do you think of our celebrity briefs underwear dude of the day? Pretty gorgeous, eh? 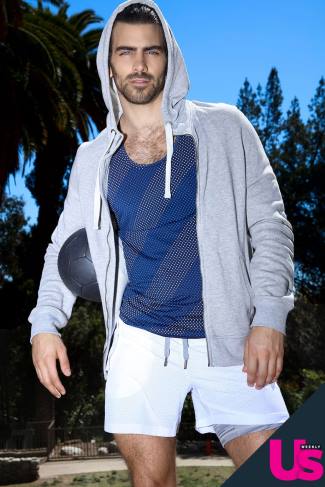