Celebrity Albinos: Famous People With Albinism. When male model Shaun Ross guested on the most recent episode of America’s Next Top Model, our friend Deena turned to us and said, “Aside from Shaun, are there other famous or celebrity albinos in Hollywood or elsewhere?” I was like, “Hmmm. I think that guy with Tom Cruise in the Da Vinci Code is an albino.”

It turns out however that I was wrong for the guy, actor Paul Bettany, is not an albino. Apparently, he was made to look like one because the role he played required that he be one. 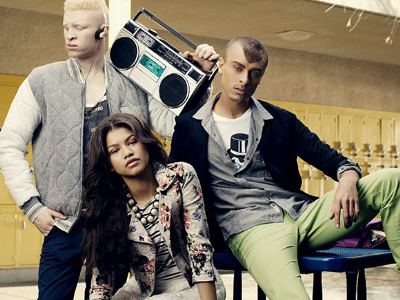 But to answer Deena’s question we are making a list of celebrities/famous people who are albinos:

Shaun Ross. Shaun Ross modeling on the runway. He has modeled for the likes of Alexander McQueen and Givenchy and has posed for Vogue Italia and GQ Magazine. 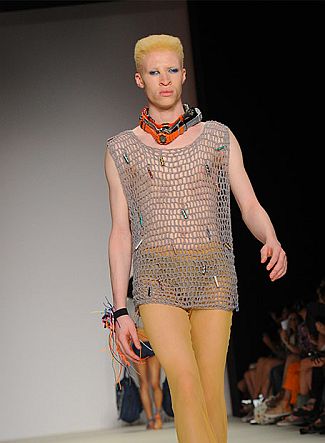 Salum Khalfani Bar’wani is a politician from Tanzania who was elected in 2010 as a member of the National Assembly of Tanzania. 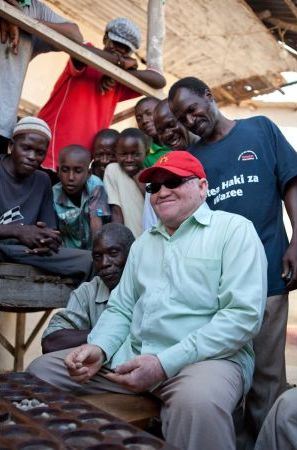 The Global Post reports on his election and his hope that it will help change people’s views on albinos who are reportedly sometimes murdered for their body parts:

“There are things which people here believe,” Bar’wani told GlobalPost by phone from Lindi in southern Tanzania. “They believe that if you use the body parts of an albino you will become rich.”

Scores of albinos have been murdered so that witchdoctors can use their skin and body parts to make potions they claim bring wealth and good fortune. There is not even a word for albino in the local Kiswahili language, instead they are called “zeru,” which means ghost.

As outrage over the killings and maiming of albinos grew, President Jakaya Kikwete appointed an albino woman, Al-Shymaa Kway-Geer, to parliament in 2008. But Bar’wani is the first to be elected by a popular vote. “People here say that albinos do not work, cannot do anything,” he said. “I tell them that albinos are people, there is no difference, we are the same and we can do anything that others can do.”
…
“I joined politics to represent people who have disabilities, as I have,” he said. “For us there is not any chance in education or jobs and in this country. Many people with albinism are killed but the government doesn’t say anything, they keep silent.” Bar’wani said he hopes his victory will help change the situation.]

Michael Bowman is an American actor who starred in the 2000 movie Me, Myself, and Irene alongside Jim Carrey and Renee Zellweger. According to his IMDB profile, Michael also made guest appearances in TV shows such as CSI, Bette, and City Guys. 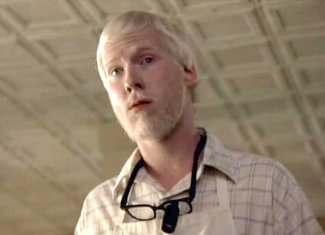 Edgar and Johnny Winters are musician brothers who began their career performing together but who then went on to establish successful separate careers in the music biz. The brothers are most popular in the 1960s to the 1970s. 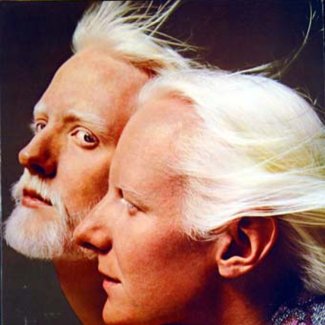 Edgar and his band, The Edgar Winter Group, topped the Billboard charts when their single “Frankenstein” landed in #1 and went on to sell more than a million copies. Their album They Come Out at Night ranked #3 in the Billboard. For his part, Johnny went on to produce three Grammy Award-winning albums. He was also inducted to the Blues Foundation Hall of Fame and was ranked by Rolling Stone as one of The Greatest Guitarists of All Time.

Connie Chu has the distinction as the world’s first albinistic fashion model (according to wikipedia). 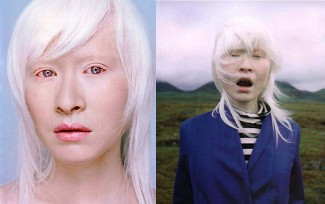 Originally from Hongkong, her family moved to Sweden to protect her photosensitive eyes and skin from the tropical sun.

Darnell Swallow is a reality TV contestant on the UK version of Big Brother. He made it to the finals but only landed in 5th place with 15% of the public vote. 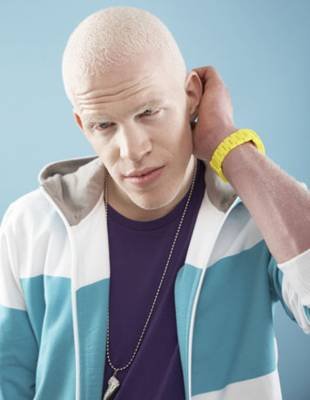 According to wikipedia, Darnell went on to star in an adult film called What Billi Did Next with fellow housemates Billi Bhatti, Rebecca Shiner and Samanda. 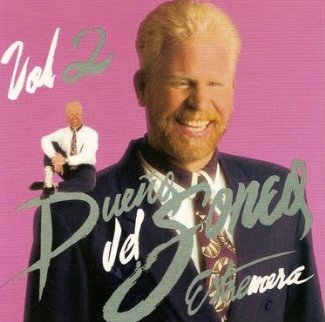 According to allmusic.com, Estremera “discovered his love of music and singing as a youngster, when he would sing religious hymns in school”. Three of his albums (namely Dueno Del Soneo, Salvaje, and El Nino de Oro) made it to the Billboard top ten in the Tropical/Salsa chart.

Salif Keita was ostracized by his community because of his albinism and was kicked out from home because he wanted to be a musician. His tragic past didn’t hold him back since he went on to become a successful singer who’s now known as the Golden Voice of Africa. 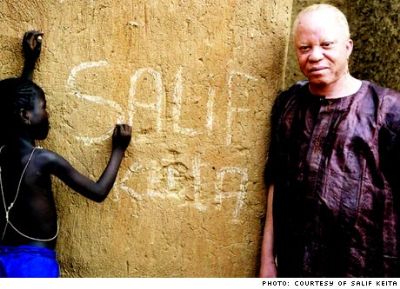 You can read more about Salif in a this excellent article by David Dacks on exclaim.ca.

Stephen Thompson is a teacher’s aide who went on to become a male model who headlined the Givenchy Spring/Summer 2011 campaign. He also appeared in the ad campaign of Karen Walker Eyewear S/S 11. 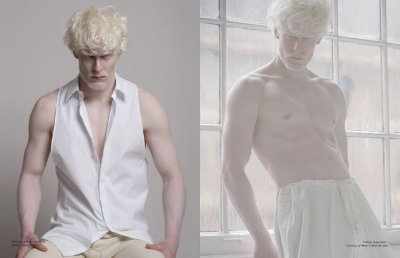 So that’s it for now, fellow Famewatchers. If you know a anyone who should be included in this list of famous celebrity albinos, do tell us in the comment section.