Celebrities With Macular Degeneration. Macular degeneration is a disease that affects the macula destroys your ability to have a clear, sharp vision. Macula is the part of your eye that makes you see objects clearly and do things such as read, write, and drive. This condition may be age-related (in which case it goes by the acronym AMD or Age-related Macular Degeneration) and those aged 50 years old and above have a higher risk of developing the disease. Other risk factors include: smoking, race (Caucasians are more likely to have it than other races), and family history.

Exercise, maintaining a normal blood pressure as well as cholesterol level, and eating a healthy diet that consists of leafy vegetables and fish could help you combat the disease.

Here are some famous people or celebrities with macular degeneration: 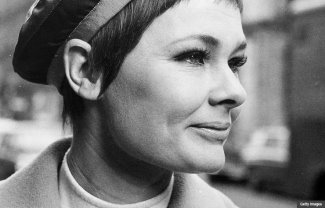 1. Dame Judi Dench (British Actress). Says the multi-awarded actress of her eye condition and how she’s dealing with it: “I can’t read scripts any more before because of the trouble with my eyes. And so somebody comes and reads them to me, like telling me a story. I’ve got what my ma had, macular degeneration, which you get when you get old. I had wet in one eye and dry in the other and they had to do these injections and I think it’s arrested it. I hope so. You get used to it. I’ve got lenses and glasses and things and very bright light helps.”

2. Colleen McCullough (Australian author). She advises people to undergo eye check-ups: “Don’t put it off. Make checking for Macular Degeneration a part of your routine. It’s an absolutely terrible sentence; really an awful thing to try and compensate for. But I urge everyone to watch what they eat, try not to smoke and to have regular eye checks so that at least you give yourself a chance to prevent it.”

Her battle against the stroke has been made more difficult by her long-standing case of macular degeneration, which has caused her to lose her central vision. Unable to see well enough to read or write, “all she can do is nod yes or no and smile,” Luci Baines Johnson said shortly after the hospitalization.

4. Bob Hope (American comedian and actor). The Deseret News reports on the legendary entertainer’s eyes back in 1993:

One health problem has been Hope’s eyes. “I’ve got a hemorrhage in the right eye now, and I used to have one in the left eye,” he says. “I’m a walking hemor-rhage.”

“He takes his ailments beautifully,” reports Dolores Reade Hope, his wife for 59 years. “He is a model of acceptance. The toughest thing for him to accept is the eye problem; he doesn’t seem to understand it. Otherwise he’s like a prizefighter (which he briefly was). He rolls with the punches.”

More celebrities with macular degeneration after the jump.

5. Stephen King (American author). The writer of horror hits talks about his macular degeneration in his website’s FAQ section:

Question: Is it true that you’re going blind?
Answer: No, I’m not. I have a predisposition–and it’s a genetic thing–to macular degeneration and that’s a disease you can read about on the internet. It eventually results in blind spots and a loss of vision but I don’t have any of the symptoms yet-just that predisposition and I think it’s something that I may have to face in the future, but, no, I’m not going blind.

6. Georgia O’Keeffe (American Painter). According to wikipedia, O’Keeffe’s eyesight was “compromised by macular degeneration, leading to the loss of central vision and leaving her with only peripheral vision.”

7. Brian McKeever (Canadian Cross-country Skier). Brian McKeever has Stargardt’s disease, the most common form of inherited juvenile macular degeneration, which he inherited from his father. Despite this condition, he is pretty competitive having won seven Paralympics gold medals. He qualified for the 50 km race in the able-bodied Olympic Games in Vancouver but didn’t make the race as only the top four racers from each country were allowed by the rules. 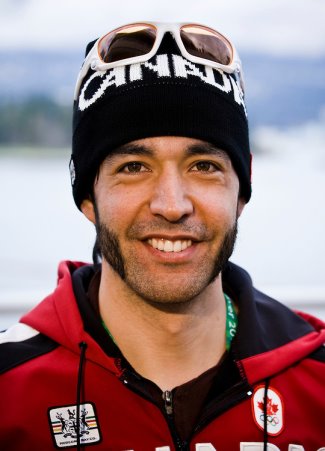 8. Edgar Degas (French Painter). Edgar Degas’ letters to his friends James Tissot and Evariste de Valernes documented his deteriorating eye condition. Here’s some of his lamentations in his letters:

“What lovely things I could have done, and done rapidly if the bright daylight were less unbearable for me. To go to Louisiana to open one’s eyes, I cannot do that. And yet I kept them sufficiently half open to see my fill.” – 18 February 1873.

“I have just had and still have a spot of weakness and trouble in my eyes. It caught me at Chateau by the edge of the water in full sunlight whilst I was doing a water-colour and it made me lose nearly three-weeks being unable to read or work or go out much, trembling all the time lest I should remain like that.” 30 September 1871.

“My eyes are fairly well but all the same I shall remain in the ranks of the infirm until I pass into the ranks of the blind. It is really bitter, is it not? Sometimes I feel a shiver of horror.” 1873

“My eyes are very bad. The oculist… has allowed me to work just a little until I send in my pictures. I do so with much difficulty and the greatest sadness.” – 1874

“I see even worse this winter, I do not even read the newspapers a little; it is Zoé, my maid, who reads to me during lunch. Whereas you, in your rue Sadolet in your solitude, have the joy of having your eyes… Ah! Sight! Sight! Sight!… the difficulty of seeing makes me feel numb.” 6 July 1891.

So there you have it fellow Famewatchers, your list of nine famous people who had to deal with macular degeneration.