Celebrities in Under Armour: Boxerjock Underwear, Jackets, Compression Shirt. Not surprisingly, Under Armour not only conquered the world of sports as mentioned in our previous post [see: Male Models and Athletes in Under Armour]. Judging by the number of famous celebrities wearing the American apparel brand, it also conquered Hollywood.

Let’s check out these Under Armour-wearing celebrities, shall we? First in our list is the talented and hunky Bourne Legacy actor Jeremy Renner who’s seen here sporting an Under Armour sleeveless compression shirt. 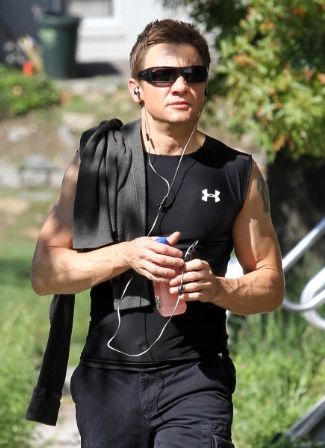 Meantime, here’s new daddy Josh Duhamel with his Under Armour underwear peeking out of his jeans. Congratulations to you and Fergie for their first born. 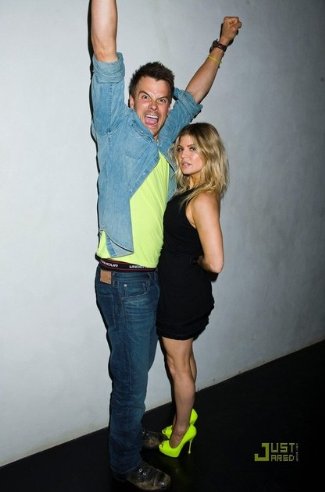 Did you know that Under Armour also makes backpacks and bags? Apparently it does! Here’s The Hangover actor Bradley Cooper with a mostly unseen UA backpack. You can see its logo though on the shoulder strap. 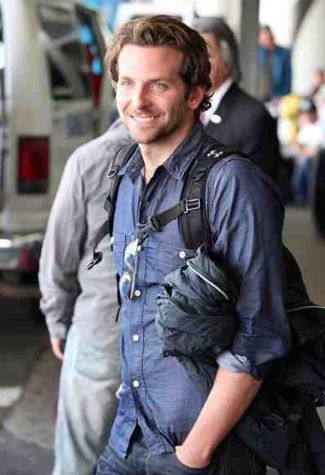 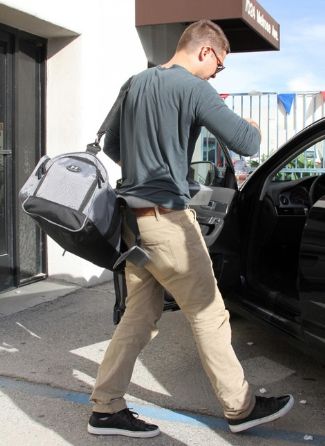 Hey look, its our imaginary Canadian boyfriend and Hunger Games baddie Alexander Ludwig. Doesn’t he look cute and cuddly in his body-fitting Under Armour shirt? 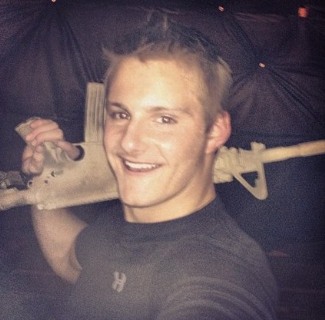 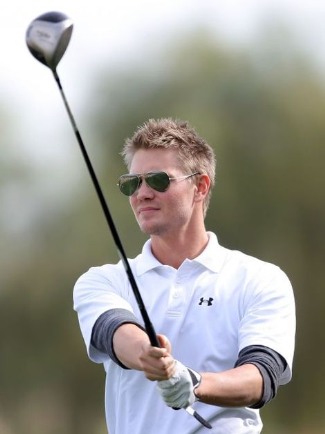 So we’ve seen six celebrities who wear Under Armour apparel in the previous page. Let us continue listing them with British actor Henry Cavill aka Clark Kent aka Superman wearing an Under Armour beanie. If you squint hard, he will look like Elijah Wood. Hehe. 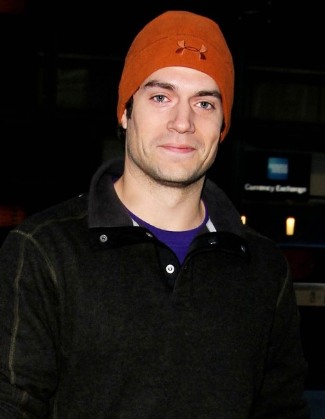 Apparently, Henry’s beanie can burst into flames if exposed to extreme heat. Via coolspotters.com: “WARNING! This product will melt when exposed to extreme heat or open flames, posing a risk of serious injury where melted product comes into contact with skin! Form-fitting ColdGear® microfleece beanie traps heat to keep you warm in the cold Interior HeatGear® mesh lining wicks sweat away to keep your head dry and comfortable.” 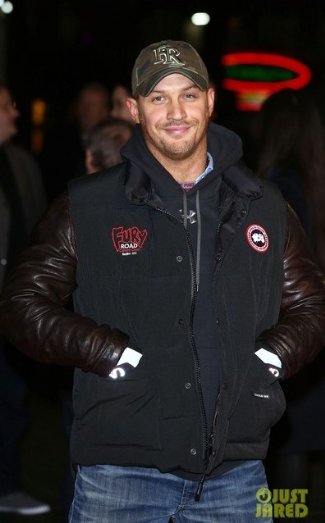 Captain America Chris Evans displays his amazing upper body with the help of a form-fitting Under Armour shirt. 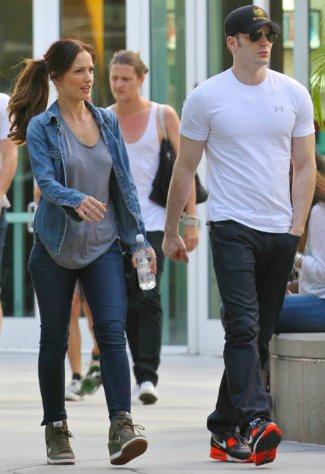 For his part, wrestler-turned-actor Dwayne Johnson rocks his Under Armour tank top. 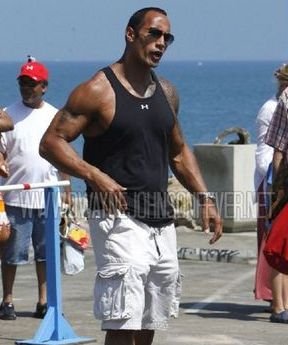 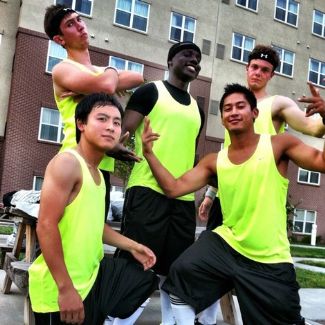 Lastly, here’s Justin Bieber with his trademark low-hang jeans fashion style which shows us that he is wearing Under Armour underwear. We’re getting tired of his shtick and we are hoping hard that he won’t go the way of Lindsay Lohan. 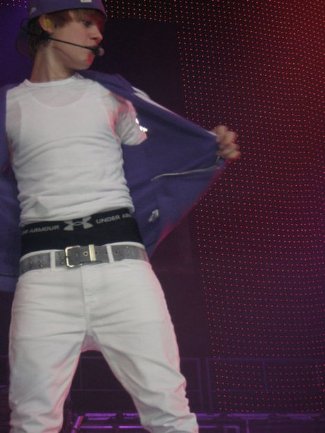