Let’s start our list of celebrity Superman underwear “wearers” with the bespectacled cutie that is Nick Roux. How cute is he? We first saw him on the kids/teen show Wizards of Waverly Place but he has since moved on to other projects such as Jane by Design and Pretty Little Liars. 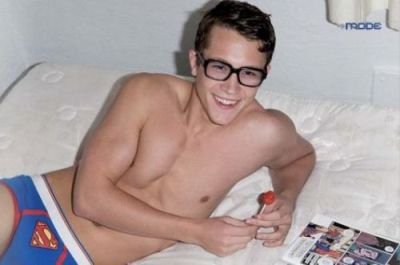 Of course, we can’t publish a post on celebrity Superman underwear without including British actor John Barrowman to the list. Check him out showing off his Superman boxers to his fans. Now, if you are a fan of hot guys wearing Superman undies, be sure you check out our post on Superman Underwear for Men. 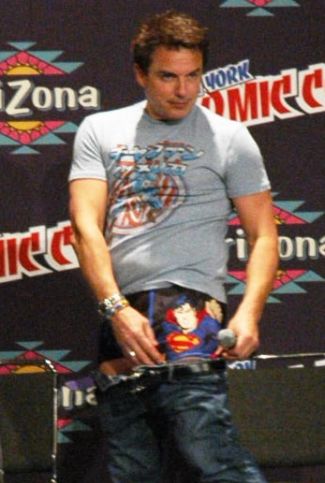 Not unexpectedly, lots of MMA fighters love them their Superman briefs. For instance, check out Dennis Hallman wearing his blue Man of Steel briefs. 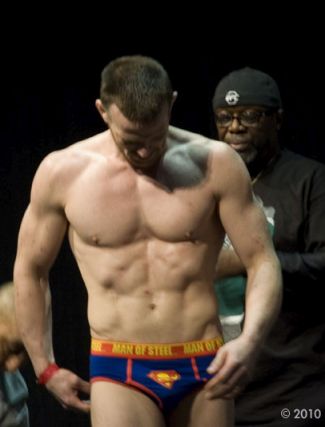 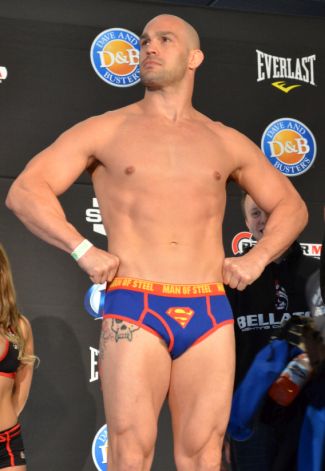 Anyone of you know the boxer guy below wearing a pair of Superman boxer briefs underwear? If you happen to know his name, please ID him in the comments. Update: We got a name for the cutie. Yay! He is a French boxer named Salim Larbi. Pic is from the weigh-in before his boxing bout vs. Czech boxer Lukáš Konečný who went on to win their fight. 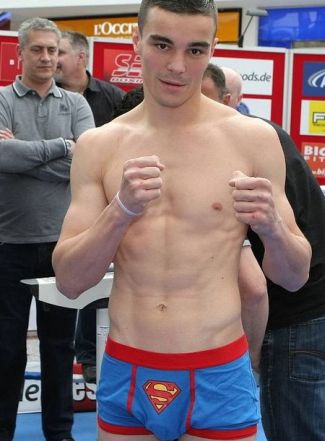 American mixed martial artist Sam Alvey shows off his guns during a weigh-in. 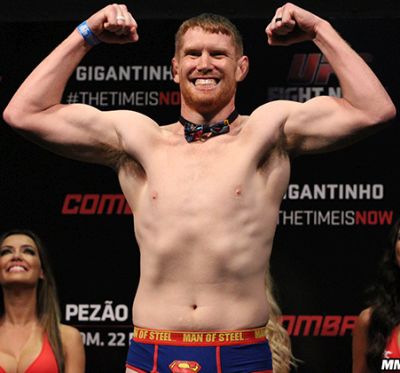 Of course, guys in combat sports aren’t the only athletes who love them some Superman underwear. Football players like Bayern Munich’s Manuel Neuer love them their Superman underoos too.