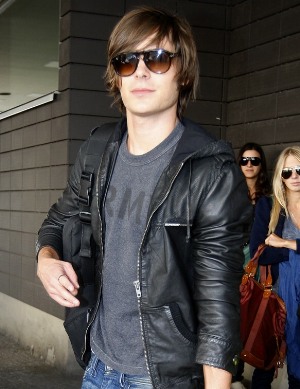 Where you headed to, Zac? Wanna check out more celebrity leather jackets? 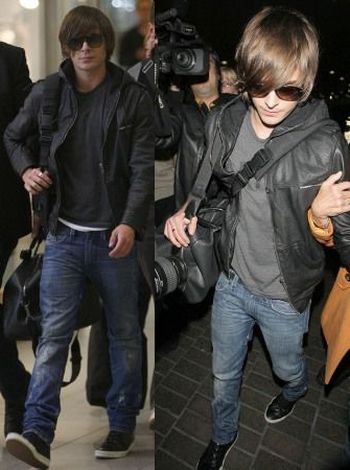 David Beckham: As we mentioned elsewhere in this blog, English footballer David Beckham deserves the credit for popularizing Superdry. According to some reports, the company behind Superdry didn’t have to spend money on creating public awareness for the brand because when the hunky footballer was seen wearing a Superdry leather jacket, people took notice. 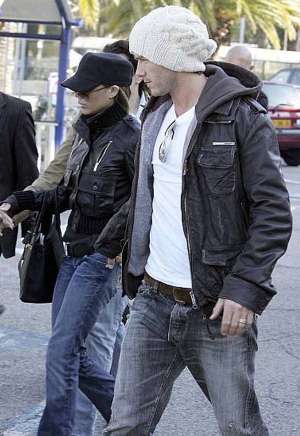 The media reported on what he’s wearing, other celebrities saw what he’s wearing and began getting one for themselves and, not surprisingly, consumers also started buying themselves their own Superdry leather jackets. So you can say that Superdry is one heck of a lucky brand who got made because of a celebrity.

But, of course, we should not also forget the fact that Superdry leather jackets are cool and well made, “qualities” which attracted Beckham to the brand in the first place.

Justin Bieber: Aside from Zac Efron and David Beckham, another celebrity who’s seen wearing a Superdry Leather Jacket is Canadian Supertot (sorry, we can’t help it) singer Justin Bieber. Check him out below wearing one during a concert performance. 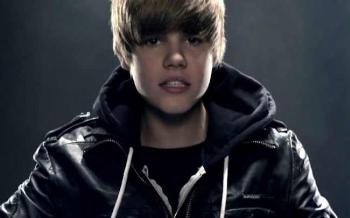 Harry Shum Jr. Glee hunk Harry Shum (aka Mike Chang) is looking cute and kissable in his Superdry Club 65 leather jacket, isn’t he? Have you seen this dude’s abs? We think he can give The Situation a run for his money. 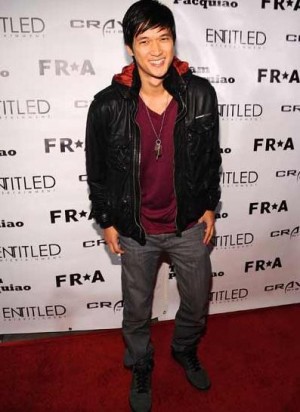 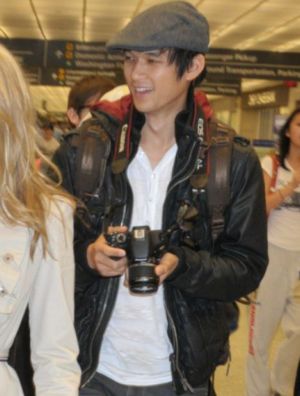 We usually side with Don because we also like distressed outfits. Maybe it’s a generational thing? Our dad must have been “conditioned” to like the flashiness of the 1970s and, especially, the 80s so he likes his new leather in their pristine, virgin state.

But he does have a point when he asks, “Why do you kids buy new clothes that look old?” Maybe some of you Fellow Famewatchers can help us explain it to him? What say you?