Celebrities Wearing Square Cut Speedo. This British hunk  takes a dive into the sea and shows us that he’s gifted at the back as well as in front. 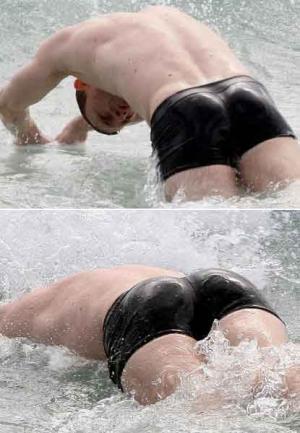 Daniel Craig sure has everything, doesn’t he? We should have included him in this list of male celebs with the best bubble. Then again, maybe he deserves a blog post all his own, eh? [Related: Celebrity Speedo Swim Briefs.] 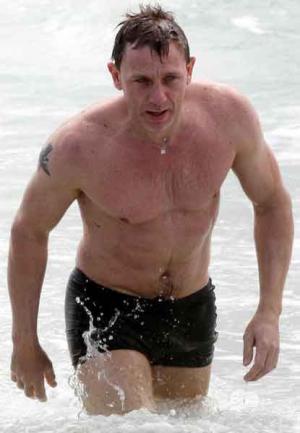 More Celebrities Wearing Square Cut Speedo Update. You want more male celebrities and models in square-cut swimsuits so we decided to update this post. Check out fashion model-turned actor Julian McMahon. The Nip/Tuck star sure looks cool in his swimwear, doesn’t he? 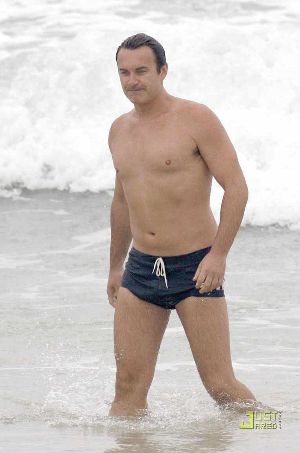 Not surprisingly, Julian is not the only model-turned-actor who rocks his squarecut swimtrunks coz Sweden’s Marcus Schenkenberg can give him a stiff competition in a “who looks better in squarecut swimwear contest”. In fact we give the edge to him because he’s wearing a freakin’ leopard print outfit. 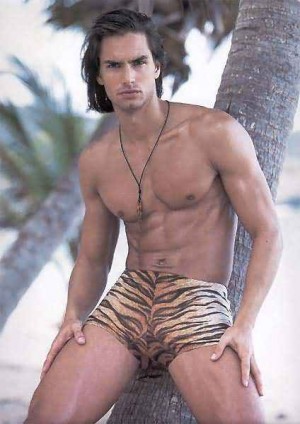 Wondering about how early Hollywood hunks look in their swim trunks? Well, here’s actor Richard “Dick” Chamberlain in a still photo from his 1965 film, Joy in the Morning. 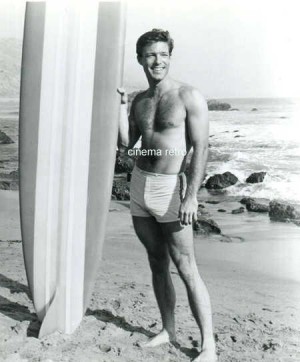 But let’s move back from the 1960s to see what men’s swimwear designers are offering these days, shall we? To be sure, we are loving this Rufskin square cut swimsuit on this young man who kinda looks like Taylor Lautner. [Want some Rufskin underwear?] 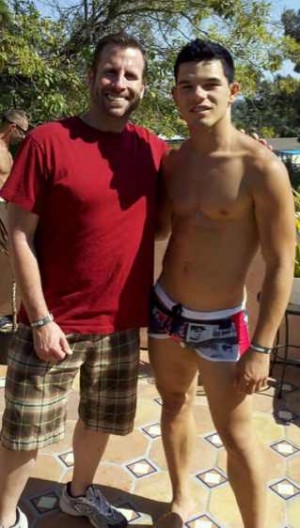