Celebrities Wearing Psychedelic Pants. Jeans. Jeans. Jeans. What will men do without them? [Deena says: Duh, they will wear any other kind of pants.] Aww, come on Deena, do you really think men these days would wear a pair of psychedelic pants a-la Austin Powers? You think we’re back in the 1960s?

Mike “The Situation” Sorrentino is actually wearing a pair of psychedelic pants in the pic below. But, it isn’t as loud as you’d expect for a psychedelic outfit and for the Jersey Shore guy so this actually works for him. We wouldn’t mind seeing our boyfriend wearing something like that during our casual evening walks. 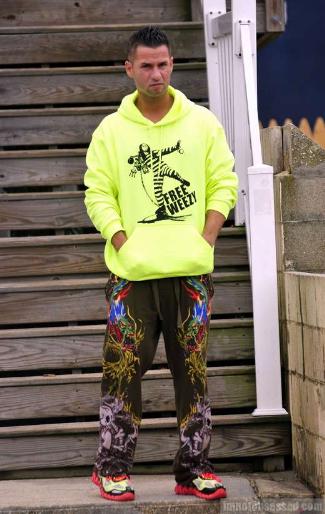 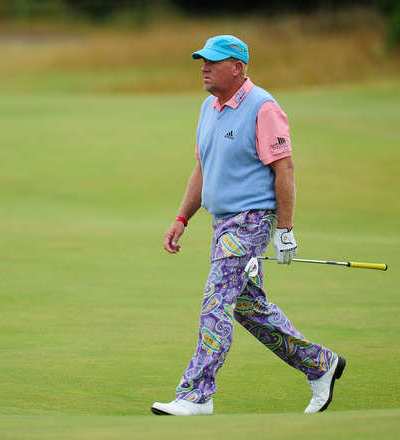 By the way, it might interest you to know that John Daly’s love for “out loud” style has earned him a gig as a celebrity spokesmodel for a clothing company called Loud Mouth which makes psychedelic outfits.

Good for you, Johnny boy! That’s a pretty good example of making money while doing the things you love, no? 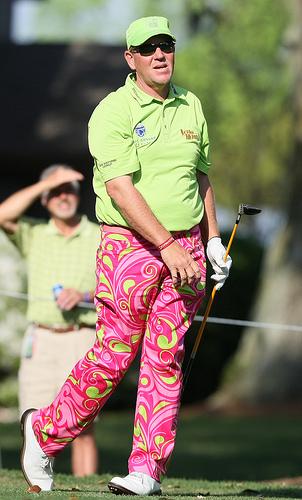 Aside from Sorrentino and Daly, are there other male celebrities out there who love them their psychedelic pants?

We’d like to think that that rocker dude who was a judge on American Idol (his name is at the tip of our tongue but it just won’t get out) loves to wear psychedelic pants but we don’t have the photos to prove it. He’s just the type. [Update: The name we had in mind is the crazy Steven “Beautiful” Tyler.]

A rock musician who did wear (maybe he still does) psychedelic pants is Tony Sales. Check him out in the pic below from back in 1968. [Question for Famewatchers: Who’s the pretty girl he’s with?] 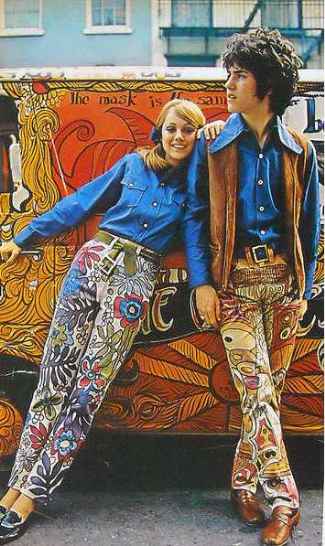