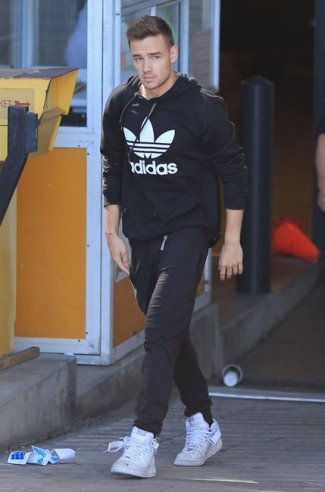 And here’s model keeping herself warm with an Adidas sweatshirt. 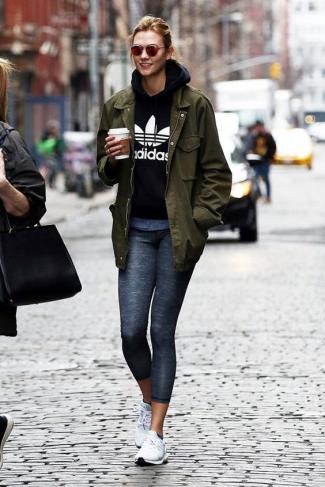 Finally, here’s The Weekend in all-Adidas head to toe ensemble. According to GQ Magazine, the rapper’s tracksuit is a “hardest-to-get-your-hands-on tracksuit, courtesy of a collaborative effort between Adidas and British skateboarding brand Palace”. 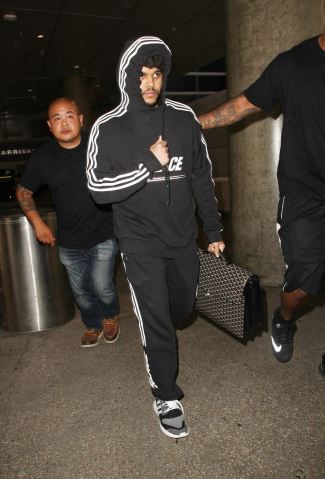 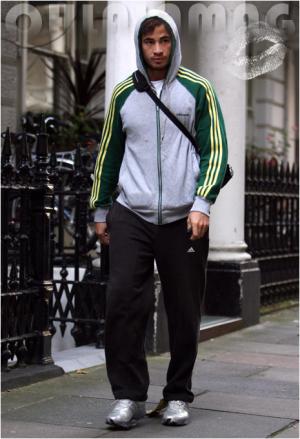 Like Danny, Joe Jonas obviously loves him his Adidas hoodie jacket. Our Joe is wearing an Adidas Originals Trefoil Hoody which supposedly features, “a soft fleece backing, a fully lined hood with adjustable metal tipped drawstrings, a kangaroo pocket and an elasticated ribbed hem and cuffs, plus a large trefoil on the chest and woven brand tab on the seam”. Hah! Can you beat that, Nike? 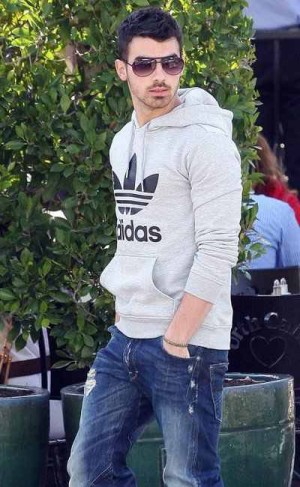 Now, who’s this cute dude who’s wearing an attention-getting red Adidas hoody? Famewatchers, meet English actor Bradley James. His acting credits are mostly in the U.K. so you are excused if you don’t know him. He’s a cutie, no? We hope he crosses the pond and do some Hollywood movies. 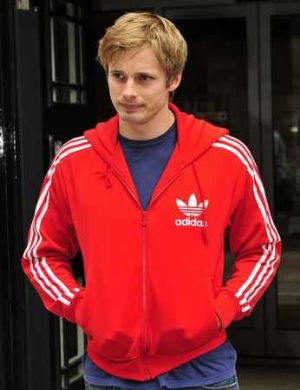 Among your favorite female celebrities, we spotted two gals who were photographed in Adidas hoodie jackets. One of them is singing A-Lister Rihanna who really really looks good in this leopard print outfit. We must admit that when we first saw this we were like, “Are you sure that’s from Adidas?” 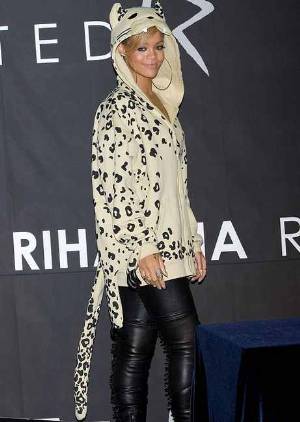 It turns out that the leopard hoodie is one of them outfits that American fashion designer Jeremy Scott made for Adidas. Coming up with less predictable designs is obviously the German sportswear’s attempt to expand its demographic and we think it succeeded. 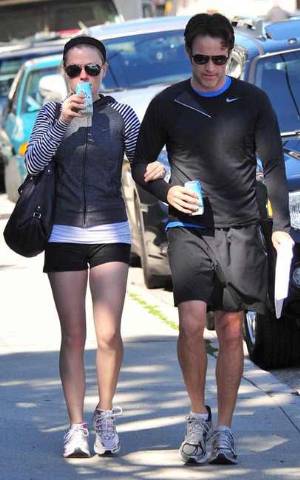 Lovebirds Anna Paquin and Stephen Moyer wear competing brands in this photo. He’s got a Nike shirt while she is wearing an Adidas running shoes (the Adidas Supernova Cushion 7 Running Shoes) and an Adidas PB Striped Z/U Hoody. Who’s got the better taste when it comes to their sportswear brand? We like both Nike and Adidas so we are gonna say that the couple made equally good picks.