Celebrities in the Military: Elvis Presley, Ronald Reagan, and Jimmy Stewart. Want more hot men in uniform? Well, you are lucky because we have some of them.

When we say hot, we mean “Hollywood hot” which means they are sizzling hot enough for producers to make superstars out of in movies and TV shows. Usually, when we blog about hot men in uniform, it would be actors in the role of soldiers or male models pretending to be military guys.

For this post, we give you the real deal — famous male celebrities who, at one point in there lives, served in the military. We begin with a guy who tops our list of Celebrities in the Military and that’s no other than the king himself aka Elvis Presley. 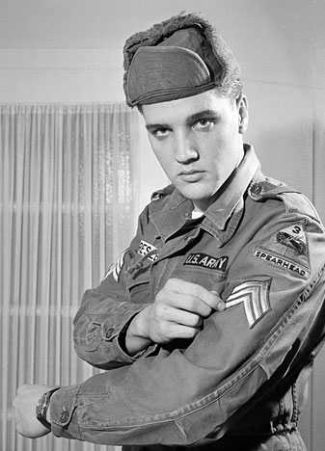 Elvis was inducted to the U.S. Army in 1958. He served with the 3rd Armored Division in Friedberg, Germany. He was with the Army for two years and, according to wikipedia, “donated his Army pay to charity, purchased TV sets for the base, and bought an extra set of fatigues for everyone in his outfit”. Aparrently, the King of Rock and Roll learned karate in the Army which he incorporated in his performances.

Next in our list of hot celebrities in the military is Ronald Reagan. 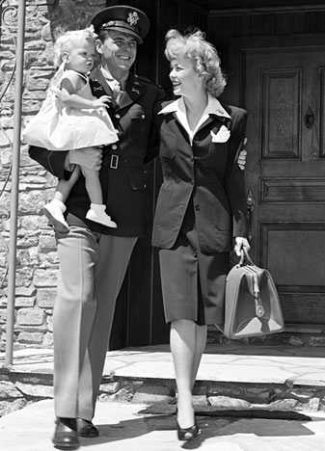 Reagan, who went on to become President of the United States, began his military career in 1937 “as a private assigned to Troop B, 322nd Cavalry at Des Moines, Iowa” and ended it as a first lieutenant. He was called to active duty in 1942 but because of his nearsightedness he was never sent overseas. He was mostly with the First Motion Picture Unit during World War II which produced military propaganda and training films during the war.

Next up in our list of celebrities in the military is Jimmy Stewart. 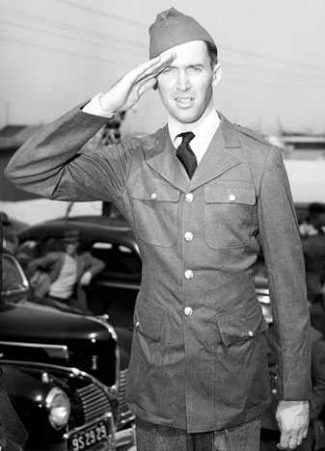 Jimmy Stewart was initially rejected by the U.S. Army because he was 2.3 kg underweight. However, he eventually passed the weigh-in and was inducted to the Army in March 1941. According to his IMDB profile, Stewart was the “first major American movie star to wear a military uniform in World War II”. He was then sent overseas where he took joined/led bombing raids against Nazi Germany.

He rose from private to colonel during his active years in the military and, as a reserved officer, was promoted to “major general on the retired list by President Ronald Reagan”. Stewart has several medals for his service in the military as the Distinguished Flying Cross, the Presidential Medal of Freedom, and the “Croix de Guerre avec Palme” for his role in the liberation of France. 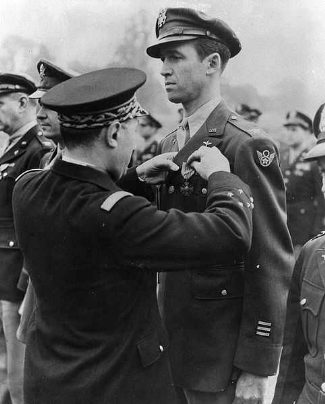 That’s it for now, we have more Celebrities in the Military Part II coming so check back later.