Casper Ruud Shirtless, Girlfriend, Sponsors, ATP Titles. Famewatchers, say hi to Casper Ruud. Who is he, you ask? Well, he is a 22-year old tennis player from Norway who, to date, has banked US$3.5 million playing a game he loves. He currently has 5 ATP titles to his name and is ranked as the 11th best tennis player in the world which is a pretty cool achievement in a sport still dominated by giants like Novak Djokovic, Rafa Nadal, and Roger Federer.

Oh, for the the thirsty hos among us, he looks good in shorty shorts too! Want more tennis hunks who look good in them shorts? Check out our post on Casper’s contemporary, Matteo Berrettini of Italy. 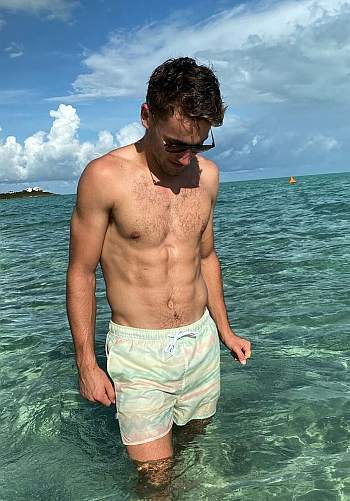 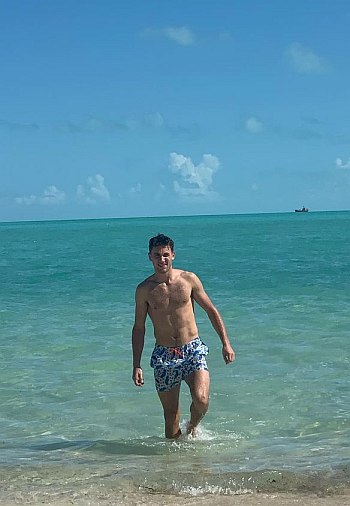 Casper Ruud ATP Titles. Here’s our tennis star holding his championship trophy from the Swiss Open. What’s up, Swiss Open organizers? We don’t know whether to commend or criticize you for having probably the weirdest trophy in the world. Because it reminds us of Sauron’s evil eye and because it looks like it will follow us wherever we go, this is the kind of thing we’d rather hide rather than display. But that’s us! Good thing Casper has other trophies to display on his mantel. 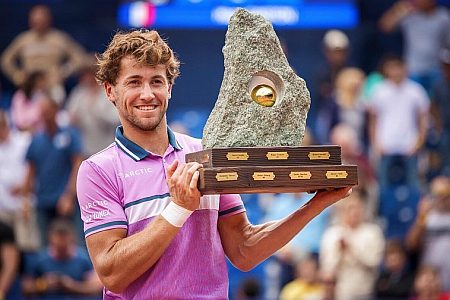 Anyhoo, aside from the Swiss Open, Casper’s other tennis titles come from the Argentina Open, Geneva Open, Swedish Open, and the Austrian Open. He’s acquitted himself in the Grand Slams too having reached the 4th round in this year’s Australian Open and the third round in the French as well as the US Open.

Casper Ruud Dad. Helping our young man succeed is his father Christian Ruud who, actually, also was a professional tennis player when he was younger and who ranked as high as #39 in the world. Here’s the father and son who also have a coach and player relationship on the tennis court. 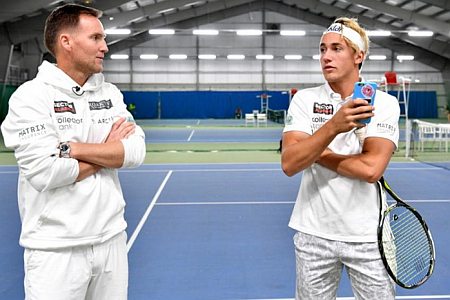 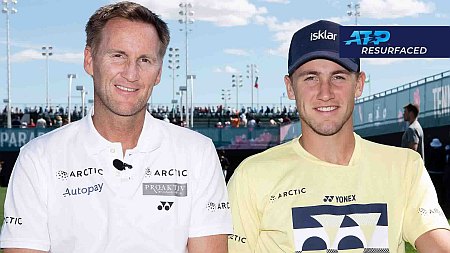 Casper Ruud Sponsors. Like other athletes who are on top of their game Casper has sponsorship deals which include Arctic Securities, Yonex, and Hublot watch. 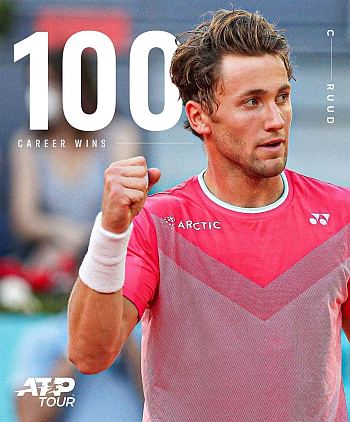 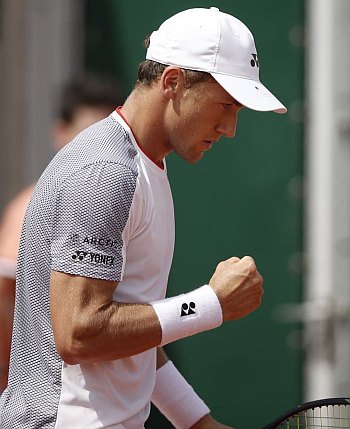 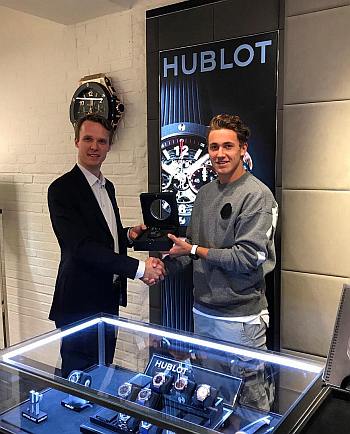 Casper Ruud Gay or Straight? He is straight and in a relationship. Here’s Casper looking fly in a suit and tie with girlfriend Maria Galligani who kinda reminds us of Gwyneth Paltrow. 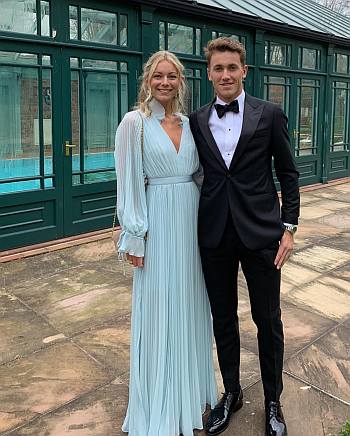