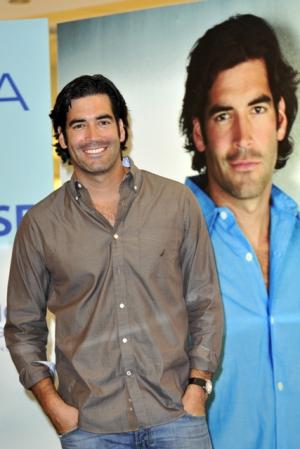 Question of the day: Should Carter keep his dress shirt or should he regale us with his awesome hirsuteness? 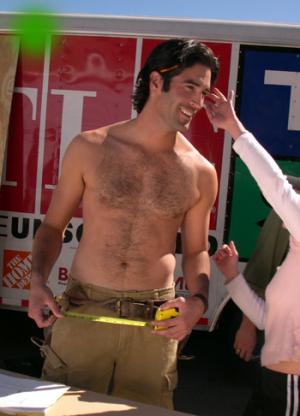 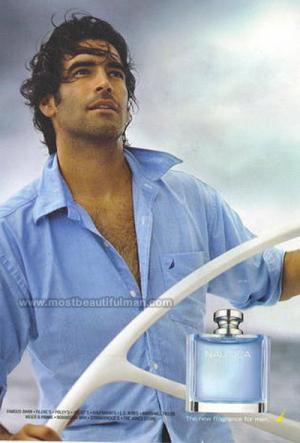 By the way, for those of you not familiar with the guy, Carter is a carpenter-turned-model-turned TV host for Home and Garden Television. Ain’t that awesome?

Carter Oosterhouse Shirtless Update (posted: 09 August 2011). Our original post focused on Carter’s dress shirt but, not surprisingly, you are more interested in ogling at his hairy chest so of course we have no choice but to give you what you want. Right, Deena. 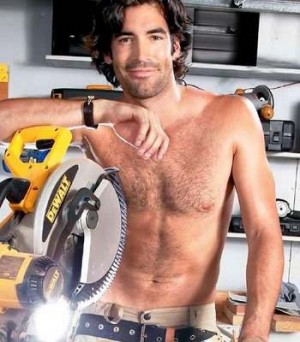 What we love most about these photos is, of course, as we already mentioned his unshaved/unwaxed chest. Obviously, he doesn’t go for that manscaping thing and hopefully he doesn’t ever ever because we’re gonna banish him to the “Eww, a metrosexual like Ryan Seacrest” territory if we ever see him shaved and manscaped.

Did we just hear you say, “Drill me, Carter?” How pathetic are you? Oops, admittedly, we’re just projecting our thoughts on you. Hehe. 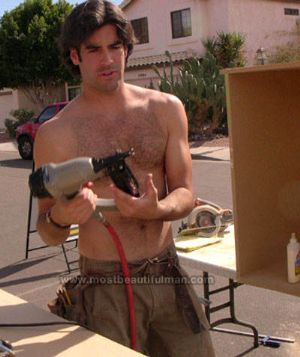 Now those of you fellow ladies who are dreaming of becoming Mrs. Carter Oosterhouse should look for someone else because he just tied the knot with actress Amy Smart last September 2011.

Who could be Carter’s replacement for the carpenter of our dreams? This boyish Korean actor guy? 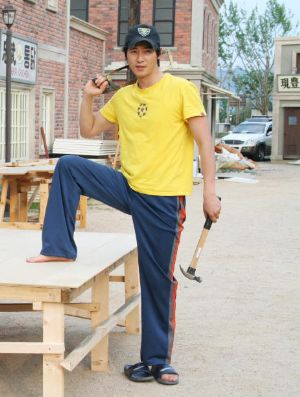 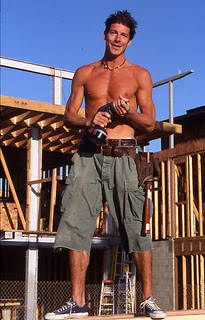 We gotta go with the Korean guy because he looks hotter and, unlike Ty, he didn’t serenade Paula Abdul.

Carter Oosterhouse Gay or Straight (2017 Update). He is straight and married to wife Amy Smart. The two tied the knot in September 2011 or a month after we wrote our last update. Here are photos of the happy couple during their wedding day. 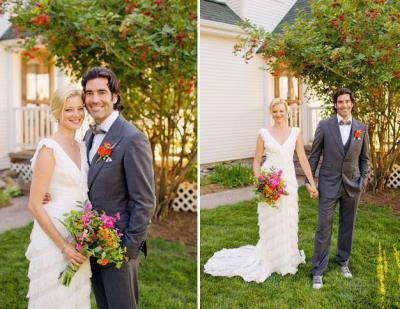