American Idol Season 4 (or is it 5?) winner Carrie Underwood, enjoys the sun and sand in her greenish bikini swimsuit. And she’s got her sunglasses too to protect herself from the sun’s glare. 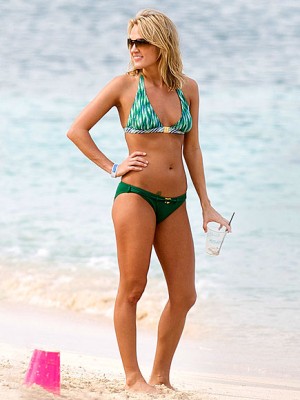 By the by, if you’ve been living under a cave or something, you might not have heard that Carrie is the future Mrs. Mike Fisher. The two got recently engaged. Good for them. Mike is a professional hockey player with the Ottawa Senators.

Blue Dress for Girls: Carrie Underwood, Flight Attendant (02 February 2010) Check out this very chic blue dress worn by American Idol winner Carrie Underwood during her guest appearance at the sitcom, How I Met Your Mother. Do you think the once-awesome image of stewardesses declined because they stopped wearing fashionable dresses like these? 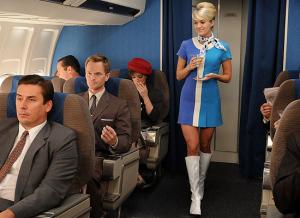 We’re told that in the good old days, stewardesses (okay, flight attendants) were viewed by the public like they’re models or something. 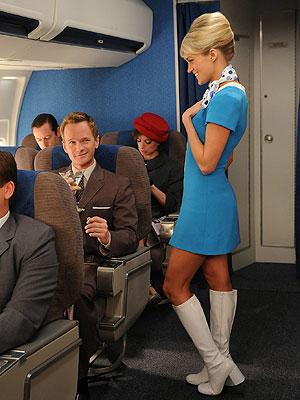 Carrie Underwood’s All-White Superbowl Fashion Style: White Pants and Jacket (09 February 2010) American Idol’s Carrie Underwood may not have brought her A-voice when she sang the national anthem at the Superbowl (hello Superbowl MVP Drew Brees) but we gotta give her points for her all-white (or almost all-white) get-up. She’s looking good, no? 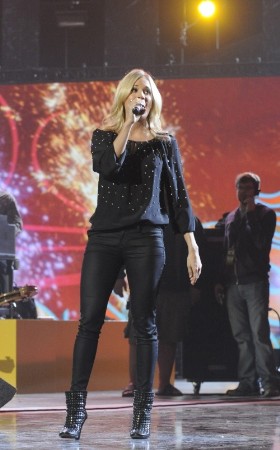 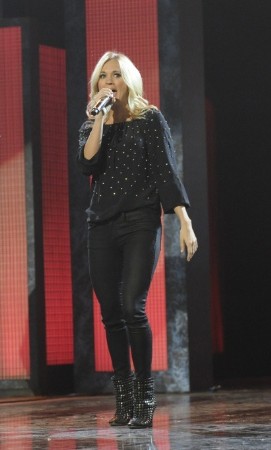 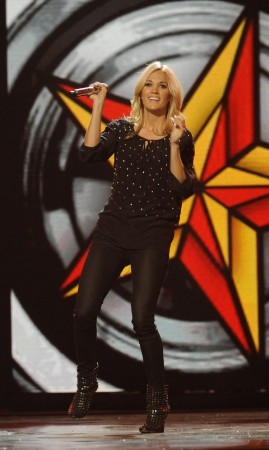 For those of you who are wondering, Black Orchid Denim Jeans, is a fairly new designer label started by French fashion designer Julien Jarmoune “to fill a need for basic, elegant jeans for women of all ages”.