Carl Nassib Shirtless, Boyfriend, Ethnicity. We should have posted months ago but it’s better late than never, no? Famewatchers, say hi to Carl Nassib, our latest addition to our list of NFL LGBT athletes. The defensive end, who currently plays for the Las Vegas Raiders, came out last June on Instagram. 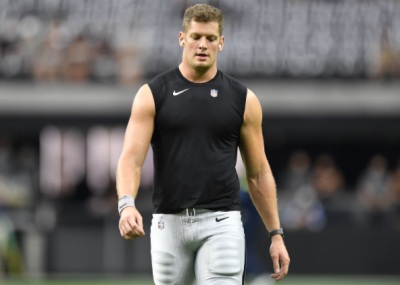 He is the first active NFL player to do so but he is following the footsteps of other LGBT footballers who paved the way. Probably the most prominent of such “way pavers” is Michael Sam who earns the distinction as the first out LGBT football star to be drafted by an NFL team.

On hindsight, maybe Carl’s move of coming out after establishing himself first in the NFL is the better strategy, no? There will be lesser scrutiny and lesser questions on whether he can play football because he already proved that he most certainly can. Compare that to Michael Sam who was immediately placed under a microscope even before he started playing, we maintain to this day that all attention must have messed up Michal Sam’s ability to play.

Anyhoo, Carl’s coming out is welcomed and supported by fellow NFL players such as JJ Watt, Saquon Barkley, Malcolm Jenkins, Tae Davis, and our imaginary boyfriend Julian Edelman who is probably the most supportive straight ally in the league. 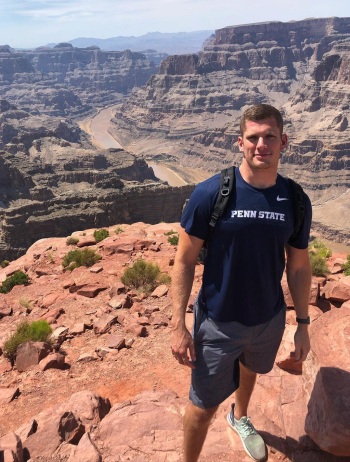 Carl Nassib Boyfriend? So now that he is openly flying the rainbow flag? Is our hunky footballer dating anyone? Does he have a boyfriend? We have no answer at this point but we will update this post once we have the relevant information? For the time being, if you were to be a match maker, who would you introduce him to? We initially thought he’d be a good match with The Bachelor’s Colton Underwood but Colton is way too messy, no? 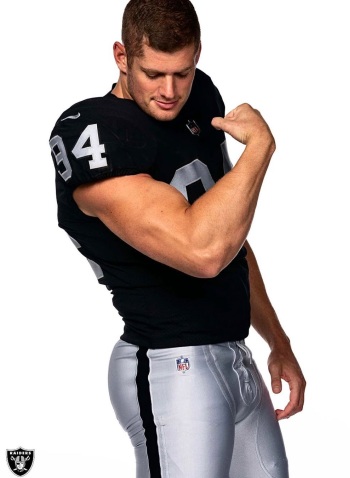 Update: As promised, we are updating this post to bring you information on the NFL star’s beau! His name is Erik Gudzinas and here are photos of the two we grabbed from Erik’s Instagram page. They look good together, don’t they? 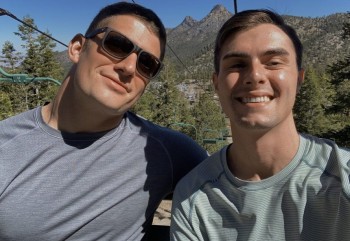 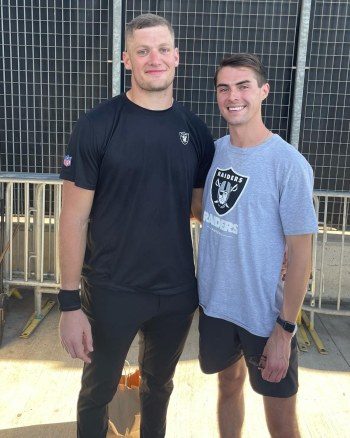 Carl Nassib Family and Ethnicity? He is Arab American according to hitc.com which may or may not know what it is talking about. Other websites make the same claim too and they are mostly going by his family name which is certainly — but probably not exclusively — a name of Middle Eastern origin.

Carl comes from a sporty family as his father, Gilbert Nassib, played for the University of Delaware football team. Older brother Ryan was also a college football star, but this time for Syracuse University, and was the backup quarterback for the New York Giants from 2014 to 2015. 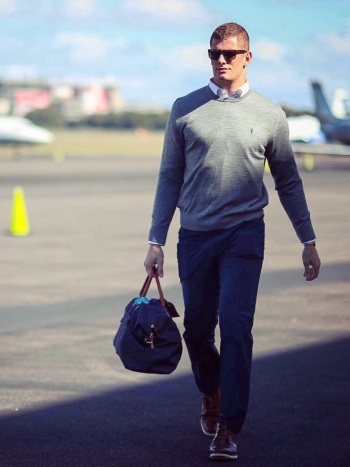 Carl Nassib Shirtless Photos. This section is for the thirsty hos among the Famewatcher community; we’re talking about you, Kevin! We grabbed these pics from the footballer’s Instagram page which you might want to follow @carlnassib. 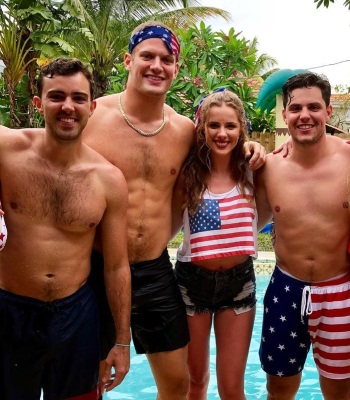 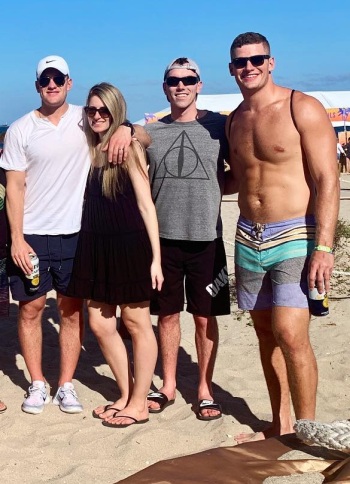 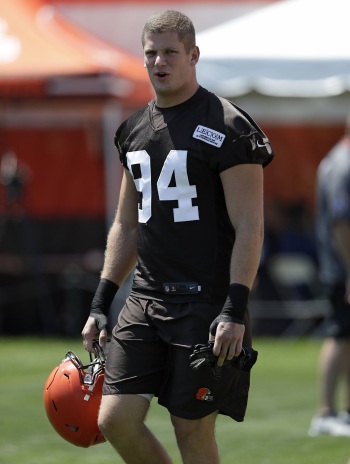 Let’s end this post with our favorite pic of Carl, shall we? 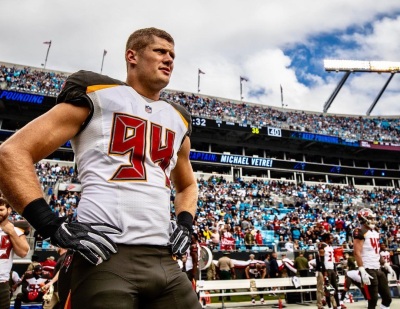