Canadian Men in Speedo: Olympic Male Swimmers and Divers. You want more Canadian Olympic hunks, don’t you? Well, let’s update our earlier post on diver Arturo Miranda by bringing you more of his Olympic teammates particularly those in swimming and diving. Let’s begin with cute baldie hunk Brent Hayden (that’s him in the picture above) who, in the words of wikipedia, “became the first Canadian in 21 years to win a gold medal in the world championships”. Brent achieved said feat when he bagged the gold at the 2007 World Aquatics Championships. 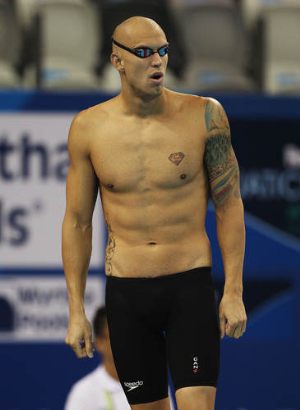 Here’s another photo of Brent with two other swimmers. Thank heavens he opted to go completely bald. Them swimsuit these guys are wearing are pretty horrendous though. Whoever designed them should get the can. Haha. Want more hot male swimmers? 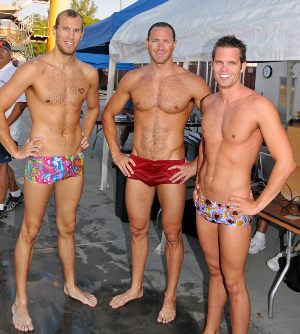 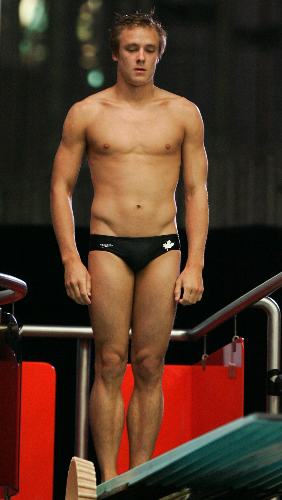 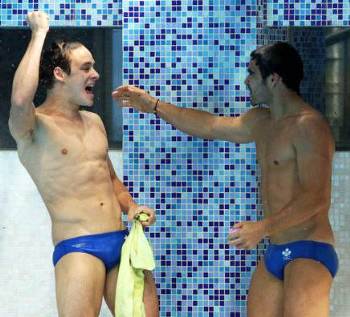 Riley McCormick of Victoria, British Columbia made it to the Canadian Olympic team for the 2008 Beijing Games. 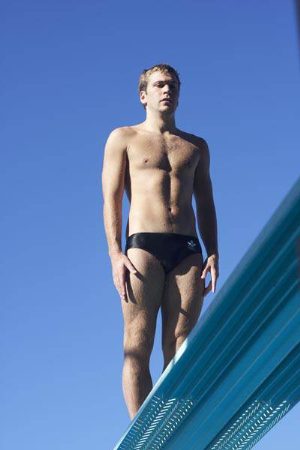 Last but not the least of our group of Speedo-wearing Canadian hunks is swimmer Mike Brown. 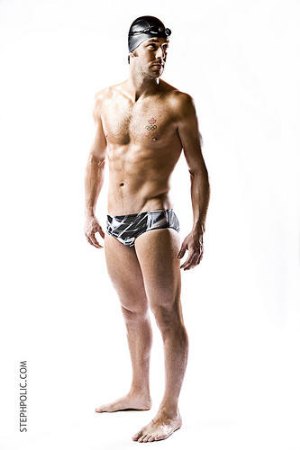 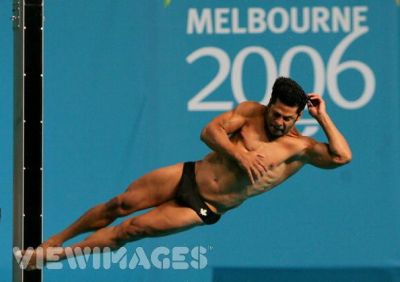 More photos, career highlights and basic info on Arturo after the jump: