Cameron Moulene Shirtless. Famewatchers, meet our newest imaginary boyfriend. His name is Cameron Moulene. He is French but he grew up in the United States. He is a spring chicken at 21. He is fluent in French, English, and Spanish. Most importantly, he is one of the young stars of a new and controversial series on MTV, Happyland, which is set to begin airing this coming September.

According to Deadline, Happyland is a “soapy teen comedy exploring the underbelly of one of the country’s most popular theme parks and those who work there”. Our handsome young Cameron will be playing the role of a character performer at the park who’s in a relationship with Katherine McNamara’s Harper Munroe.

By the way, we grabbed these photos from the actors Instagram account which you might want to follow @cameronmoulene. Now, if you want to check out the up-and-coming celebrities of tinseltown, check out our posts on young actors of Hollywood? 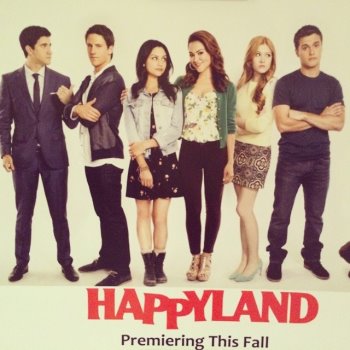 Does Cameron have a girlfriend in real life? We have no information on this one. If you are in the know, do spit out what you know in the comments. We’d like to think that this girl is his girlfriend but our Cameron does not seem to be interested in kissing her at all. 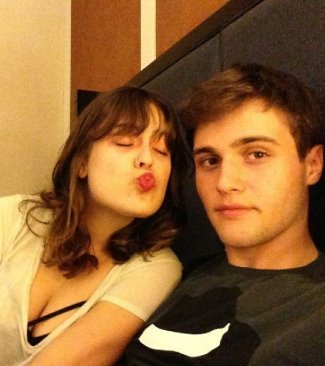 Is Cameron Moulene Gay? Maybe he is into boys? Our friend Kevin so wishes that Cameron is gay but that’s Kevin being Kevin. To paraphrase gay icon Kathy Griffin, “Gays want to claim hot guys as one of their own but they don’t want no Steve Buscemi or Gene Hackman.” Anyhoo, Kevin thinks Cameron is gay because he appears to be more interested in kissing boys than girls. Hehe. 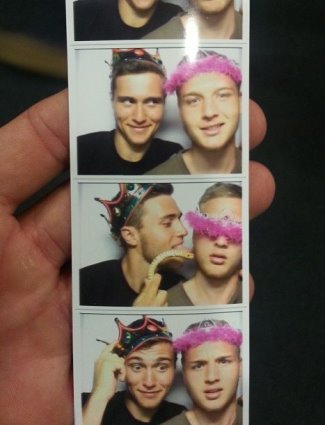 Cameron goes shirtless for what he calls his three-week marine workout. It sure is working because our Cameron is developing a killer body. If you couple that hot bod with good acting performances, he’d be a force to reckon with. 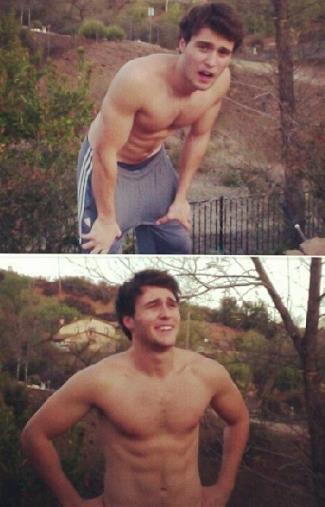 To date, Cameron has nine acting credits to his name having appeared in TV shows such as Raising Hope (where he goes shirtless in the pic below), The Secret Life of the American Teenager, Jackie, and The Cleaner. His biggest break, of course, is Happyland because he is one of the leads. Congratulations to him and let’s cross our fingers that his show will be a ratings winner. 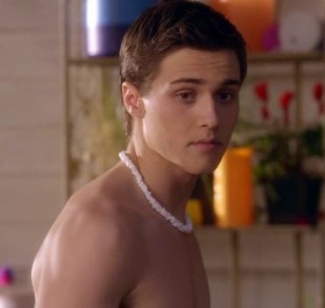