Cameron Monaghan Shirtless Selfies. While we were not looking the young curly-haired redhead boy in Malcolm in the Middle has grown up and is now taking shirtless selfies of himself. He’s also sculpted himself some really nice washboard abs and is hooking up with an older man. 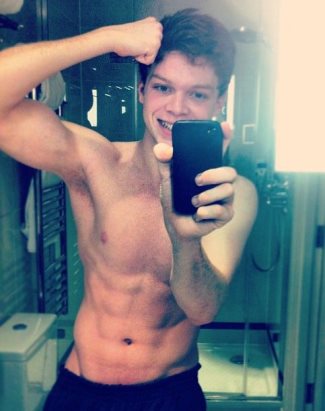 Oh, wait, we are wrong about that hooking up part. Not in real life anyway. What’s happening in the pic above is that he’s playing the role of Ian Gallagher in Shameless, a critically acclaimed drama series on Showtime. Cameron tells us more about the role he plays in a 2011 interview with afterelton.com:

AfterElton: Tell us about Ian Gallagher.
Cameron Monaghan: Ian is the middle child of a struggling family in Chicago. He’s tough, he’s smart, he’s the only one with a steady job in the family, so he’s kind of taking care of everyone else. He’s gay and he’s having an affair with the Muslim married man who owns the shop that he works at.

AE: How much did you know about the original show and the character of Ian before you got the part?
CM: I didn’t know very much about it. I’d never actually heard of the British version when I auditioned or when I got it. I read the script and I was really intrigued by the character because he’s so complex. He’s going through so much inner struggle. After I filmed the pilot, I went back and I watched the first season of the British series, and when I saw what goes on later for the character and all the things he goes through and all the drama, I was extremely excited. It’s a fantastic character to play.

…..
Is Cameron Monaghan Gay or Straight? He may be very effective in playing a young gay guy but Cameron is straight. From Towleroad: “In response to his followers questions yesterday, actor Cameron Monaghan, who plays a gay teen on Showtime’s Shameless, came out as a straight guy. Said Monaghan on Twitter: ‘This is the only time I will answer this here: No, I’m not gay. Yes, I play a gay character. No, the question should not be relevant.’ Adding, ‘Thanks for the kind words, everyone. It feels a bit odd to ‘come out’ as a straight guy.'”

Gay or not, there is no question that Monaghan is a talented actor. Here’s another shirtless photo to celebrate his straightness :-) 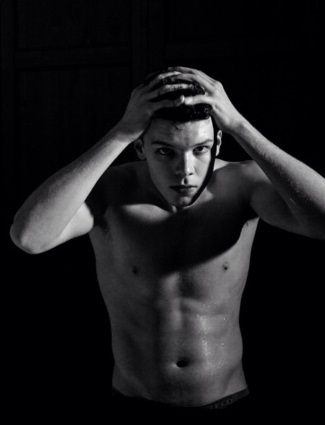 Cameron Monaghan Underwear: Does Cameron wear boxers or briefs? We don’t know. But check him out as Ian Gallagher go-go dancing in his boxer briefs. 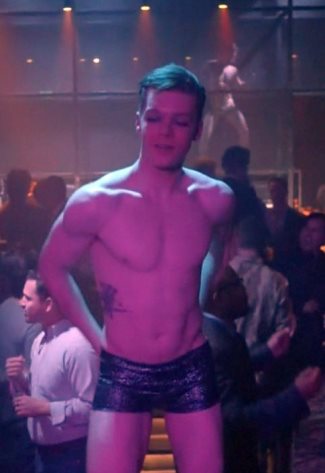 2020 Update: Cameron rocks a pair of boxer shorts in this scene from the 2017 horror movie Amityville: The Awakening. Want more men in boxer shorts? 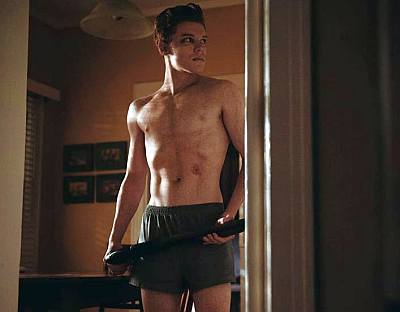 Cameron Monaghan Girlfriend: Is the young actor dating anyone at the moment? It seems like he is happily single because whosdatedwho.com does not list anyone as a girlfriend. We will update this post should we learn of more info about his girlfriends in the future.

By the way, Cameron is starring in a movie, The Giver, which will come out on 15 August. It also stars Meryl Streep, Alexander Skarsgard, Katie Holmes, Brenton Thwaites, and many more. Worth checking out, no?

2020 Update on Cameron’s Girlfriends. He most recently dated actress Peyton List but they broke up last year. According to whosdatedwho.com, his ex-girlfriends also include Ruby Modine (2016 – 2017) and Sadie Newman (2015). Anyhoo, here’s Cameron and Peyton back when they were still seeing each other. 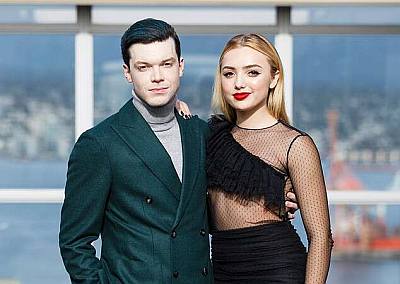