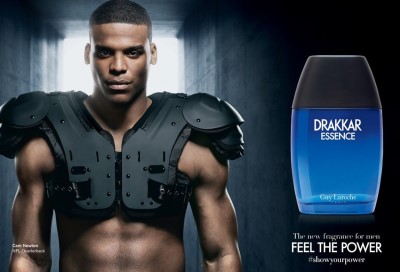 Newton has now stolen the spotlight off the field as the face (and body) of L’Oréal’s new Drakkar Essence fragrance.

But don’t scoff at the idea of yet another handsome athlete fronting a beauty campaign just yet. Newton knows first hand the power of cologne — especially Drakkar Essence with its masculine-yet-sensual blend of spearmint, sage, tonka bean and musk.

“You can’t wear this with sweatpants,” he said, describing the scent. “It puts you into that mentally that ‘I got looks to kill.'”

What’s the best way to put on a cologne? Newton has the answer for you:

You have to do it when your pores are open and that’s probably pretty much right after a shower. The secret is to have it just enough, but not too much. Any type of fragrance, especially with Drakkar as such a bold, loud fragrance, you want just enough to raise suspicion.

Cam Newton Underwear Photos. Did you see Cam’s endorsement for Under Armour performance underwear? We already blogged about it (see: NFL Quarterbacks’ Underwear) but let’s bring him back with more photos: 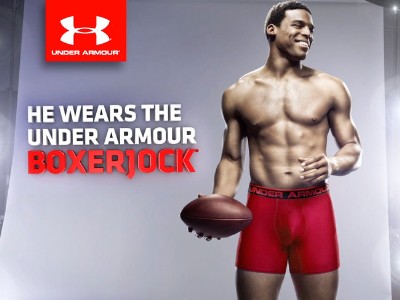 He’s pretty in pink boxers but he rocks his blue/grey underwear too! 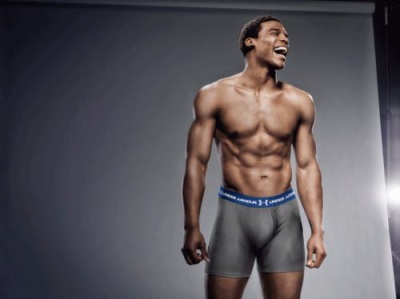 He wore Under Armour even before he was hired to be a spokesmodel for the brand. 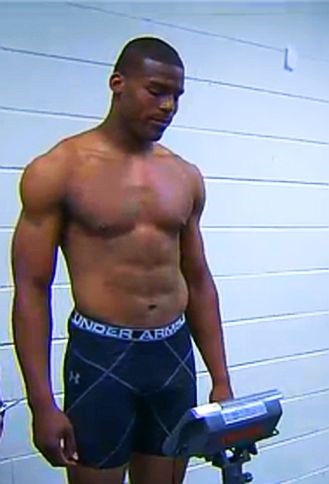 Cam Newton Shirtless Photos. You want more shirtless photos of the Carolina Panthers quarterback? Of course you do. Here’s Cam hanging out at the beach. 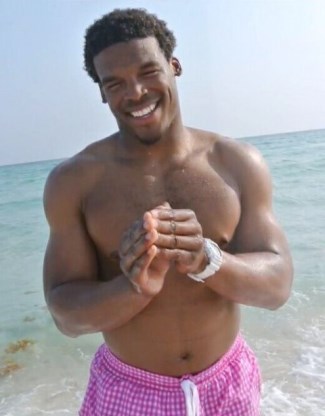 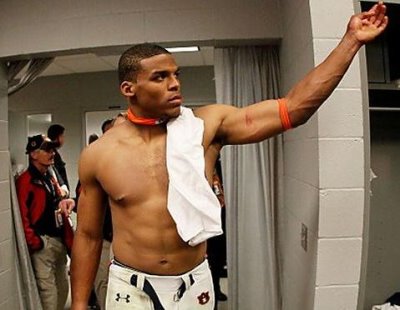 Cam Newton Gay or Straight? Cam is most certainly not gay! But we have solid proof that he used to be a fairy. Check it out (pic from The War Eagle): 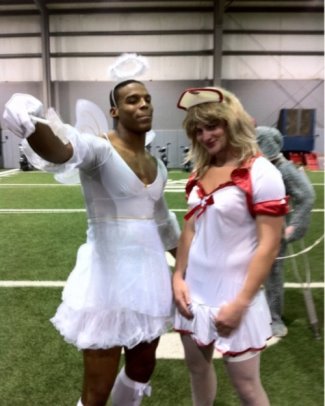 Who knew? Cam is one of them men who wear women’s clothes? Ehh, actually he’s just having fun and participating in a Halloween costume contest. Sadly, he lost to a certain Mario Fannin who reportedly won an iPad for his efforts. 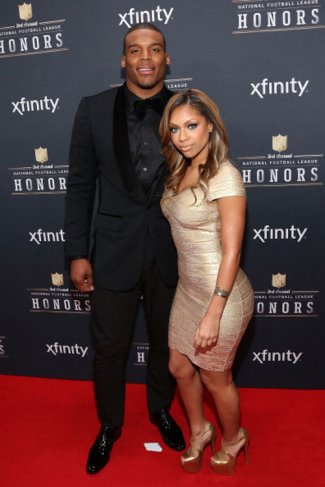 Her name is Hazel but she’s reportedly also known as Kia.