Anyhoo, this campaign features two of the hottest guys in the male model world this year – Matthew Terry and Arran Sly. Actually, it’s mostly Matthew but Arran was added in the first pic above to spice things up. 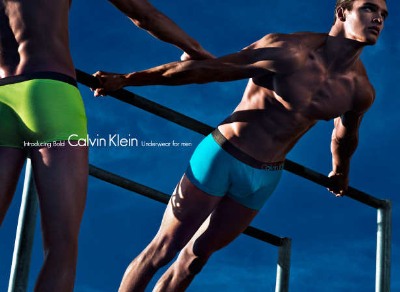 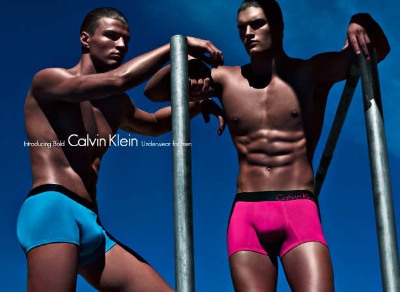 For his part, American Matthew Terry is currently ranked by models.com as its 35th Top Male Models. Here’s what the site says about Matthew’s top ranking:

3, yup, count ’em, 3 Calvin campaigns for Spring 2012. The VMan/Ford model winner from last fall hit it out of the ballpark this season. Expect 2012 to be Mr Terry’s year. 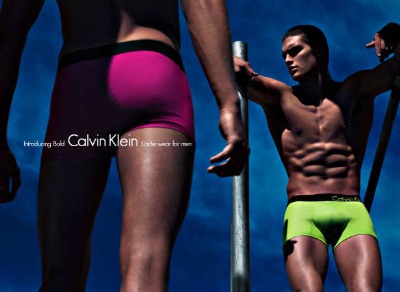 Terry is represented by Ford Models (New York) and has walked for DKNY and Versace. 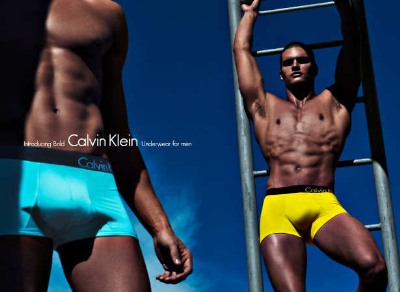 NOTE: Apparently, these CK Bold Underwear is made of microfiber, a synthetic fabric known for its slick, non-abrasive quality. This reduces the risk of skin irritation for those of you who have very sensitive skin. According to wikipedia, microfiber also “wicks” away your sweat so you’ll be cool and dry down there if your garment is made of this synthetic material.