Famewatchers of the 25 and up demographic, meet Calum Hood, one of the newest and hottest tween stars in 2014. He is a member of the up-and-coming boyband 5 Seconds of Summer (or 5SOS) which was formed in Australia two years ago. We first learned about the band when Howard Stern mentioned it on his radio show.

Will 5SOS end up replacing One Direction in the hearts of tween fans? It’s not unlikely. After all, tween stars tend to have short shelf-lives. Wasn’t it only five years ago when young fans were screaming and going crazy for the Jonas Brothers. Then the Jo Bros faded after Justin Bieber entered the scene. Then Bieber sort of faded while One Direction’s star rose. So it won’t be a surprise if One Direction will become No Direction and will be replaced in the hearts of fans by this Aussie boyband, 5SOS. [For more up-and-comers in Hollywood, check out Greg Sulkin.]

Anyhoo, as we were saying, Calum Hood is one of the boys of 5SOS. How famous is he at the moment? He’s so famous he’s got an Urban Dictionary entry on his name. Here it goes:

Calum Hood: Calum Hood is in a band called 5 seconds of summer. He’s so cute like a little puppy but then .4 seconds later he turns into this sexy little shit. He’s so sexy he’s just a ball of australian sex. He occasionally slaps the bass but I think he really means ass. He plays soccer too which is also really sexy. He has really nice lips that make you vomit. He glued a Cincinnati Reds snapback to his head. He’s the only person on this planet who still looks hot while wearing an Adventure Time watch. He also thinks he’s this rapper named Cash Money and he ships himself with Chris Brown.

Calum Hood Shirtless and Peekabo Underwear Photos. Okay, here are the shirtless photos some of you are looking for.

Have you ever heard of Mitch Dowd underwear? This is the first time we see this in a waistband label. 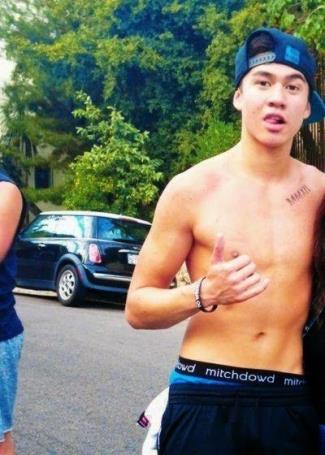 Calum selfie-ing like his millenial cohorts. [Does the photo remind you of the shirtless Cameron Monaghan selfie?] 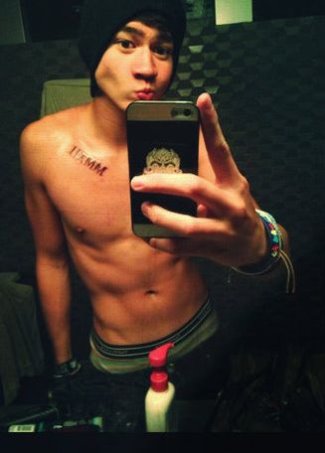 What’s the meaning of his MMXII tattoo? We’re guessing its the year (2012) their band, 5SOS, got really going? We really don’t know. Maybe you can tell us the significance of this year. 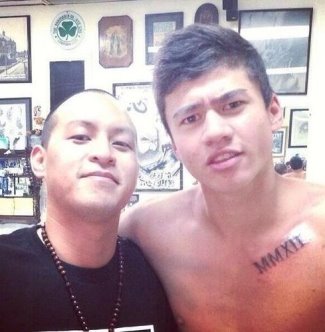 Calum Fast Facts: 5sos.wikia.com tells us the following about Calum:

Does Calum Have a Girlfriend? We’re not sure if he is single or whether he has a girlfriend at the moment but he used to date a girl named Maddie Harris. The wet out for about 2-3 months. He apparently had his first kiss when he was 13 years old. Oh, he likes brunettes over blonds and redheads.

Is Calum Hood Gay? No, did you miss that paragraph about him dating a girl named Maddie? However, he would apparently turn gay for someone named Kellin Quinn. Who is this Kellin Quinn? Is he really worth turning gay for? Hmmmm…. wait a minute, let’s check him out on Google. Here you go: 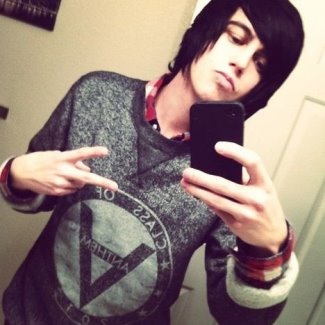 Not bad! Calum has a good choice in men. Haha. If he wakes up one morning and was turned into a girl and had to date a guy, he says he’d be choosing Channing Tatum as his date. Good choice, we must say.