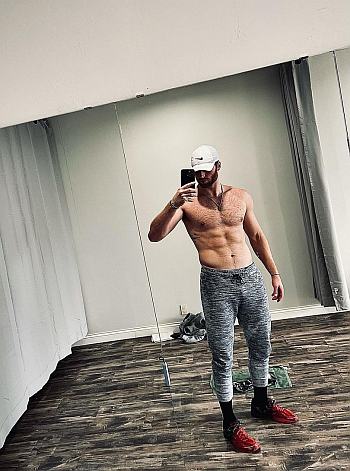 If you’ve not streamed the series yet, you should go check it out because it’s really well done which can’t be said for the streamer’s other fantasy shows. [We had high hopes for you October Faction. You too Daybreak!!!]

Anyhoo, back to Calahan. We must say that it was love at first sight the moment we saw him onscreen. There’s something about his rosy cheeks combined with the fact that he’s a big buffed beefy guy which made us go, “Awwwwww! We luuuuurve hiiiiim.” Oh, he’s the silent type too and, in our book, that’s a very very big plus. Haha. 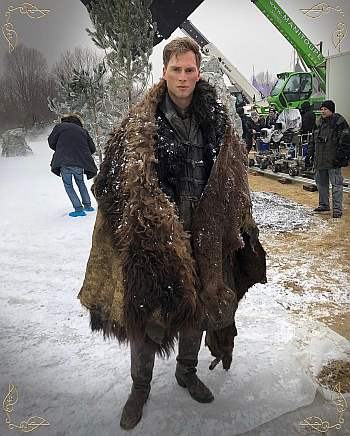 Calahan is wet and hot in this behind-the-scenes photo with co-star Danielle Galligan. These two have an amazing chemistry together and we’re looking forward to where their story goes in future seasons. 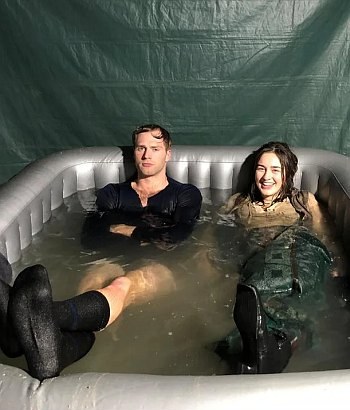 Now, apparently, Shadow and Bone is Calahan’s first onscreen acting gig ever. Because he plays an excellent Mattias, we initially thought he’s been in the biz like his other co-stars but this the Netflix series is his very first on-camera project.

But he is a theater kid — with a BA in Theatre Performance and Broadcasting and an MFA in Acting — and has done stage plays prior to making it in Hollywood. Here’s the actor performing in his boxer shorts underwear in the stage play The Metal Children back in 2014. 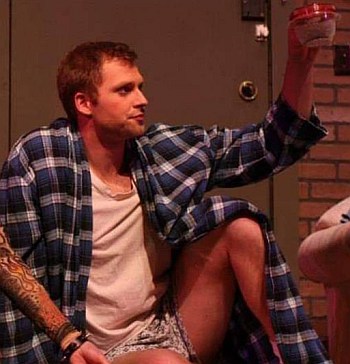 Speaking of underwear, we know our fellow Famewatchers are fans of male celebrities in undies so here’s a pic of Calahan showing us a peep of his underoos. Photo by Gosia Machaczka. 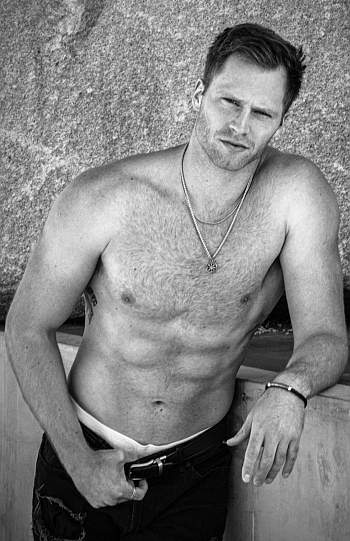 Now, here’s a colorized version of the above photo made by a Twitter fan account of the actor who loves him as much as we do. 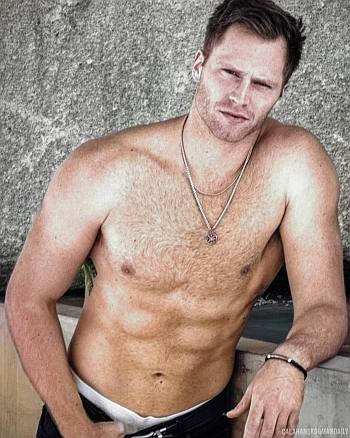 Calahan Skogman Girlfriend? Now, does our imaginary beau actually have a girlfriend (or maybe a boyfriend)? We do not know at this time but we will update this post once we have the info. He may or may not be dating a girl named Taylor Lashae who’s described by byrdie.com as “a part-influencer, part-actress, part It-girl”. 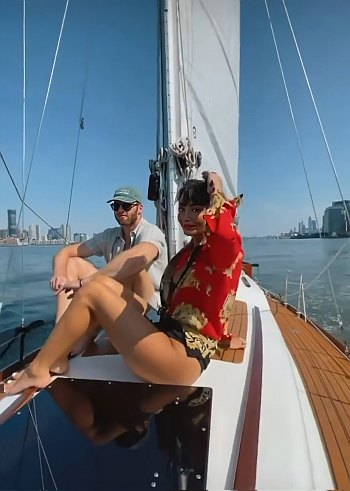 Nope, the gal below is not Calahan’s girlfriend. The two are just modeling. 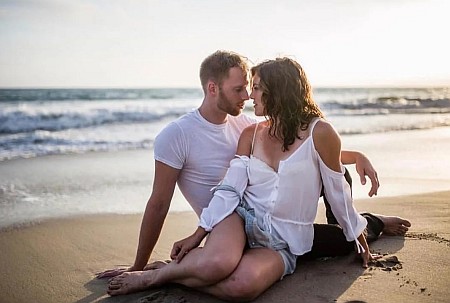 And here’s a modeling photo of the actor rocking the leather and jeans look. 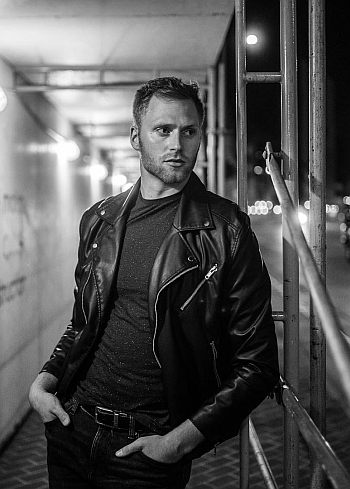 And, finally, here’s another shirtless photo of our imaginary beau and, this time, he’s chilling with his father who kinda reminds us of Joe Biden. 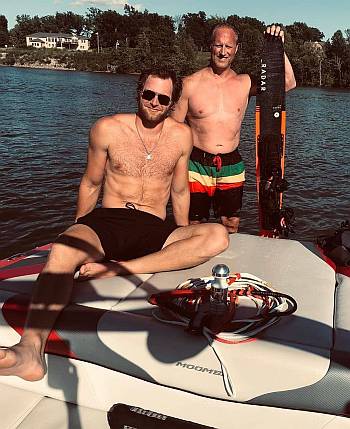