Caio Blat Speedo, Shirtless Beach Hunk, Girlfriend. Today in Male Celebrity Speedo, we bring you Brazilian hunk Caio Blat who, apparently, became a viral sensation last year when his beach Speedo photos made it on Twitter where it became a trending topic.

Considering how impressed we are with his Speedo look (and by “look” we mean not only the specific garment), we are totally not surprised that the 40 year old actor went viral. Anyhoo, here’s one of the photos which sent thirsty hos like our friend Kevin a-tizzy. Hehe. 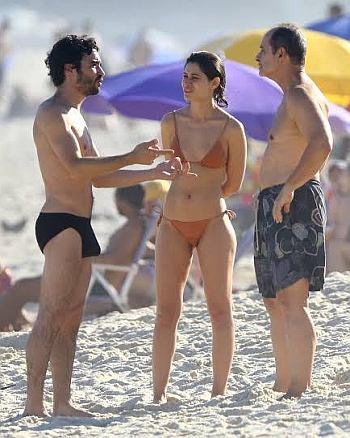 To date, the 40-year-old actor who began his career performing in TV commercials as a 9 year old kid has starred in 65 movies and TV shows. One such project, which introduced him to the English-speaking world, is the BBC series McMafia where he starred as Antonio Mendez.

Here are screencaps from the series where our Caio (as Antonio) is rocking his Speedo swimsuit: 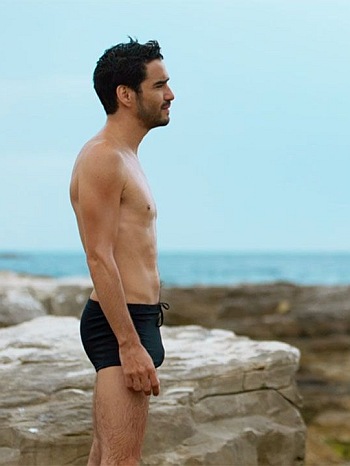 With co-star James Norton who played the lead character on the show: 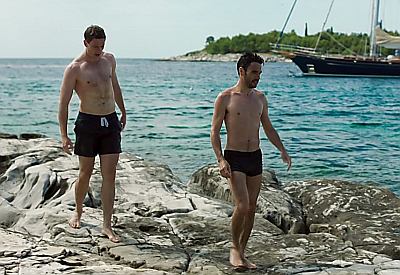 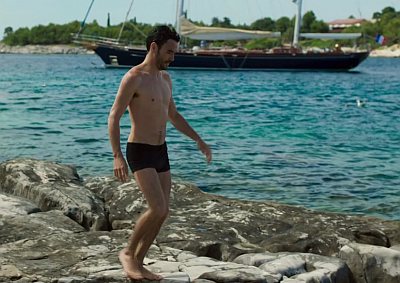 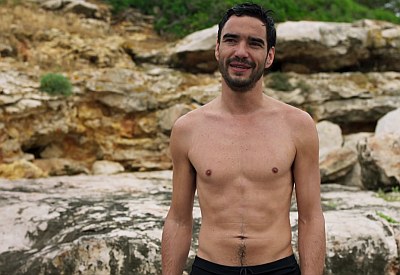 Caio Blat Relationship Status. Does our good looking Brazilian have a girlfriend? We do not know if he is seeing anyone at the moment but he was married to actress Maria Ribeiro. They tied the knot in 2007 but went their separate ways ten years later in 2017. Here’s a photo from their wedding: 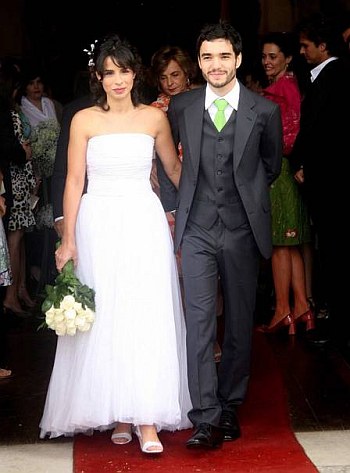 Being celebrities and all, they made it to magazine covers like this one: 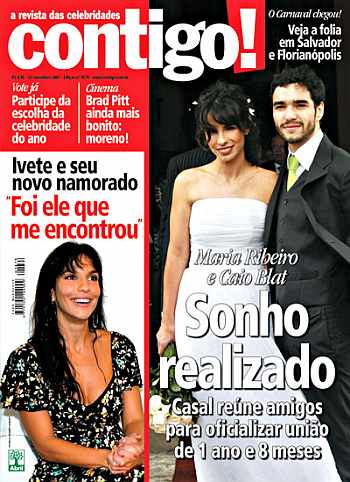 Though he is a straight guy, the actor has played LGBT characters like in the Brazilian telenovela Liberdade Liberdade (or Freedom Freedom in English). Here are screencaps from the show with onscreen partner Ricardo Pereira: 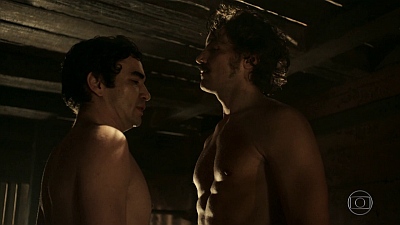 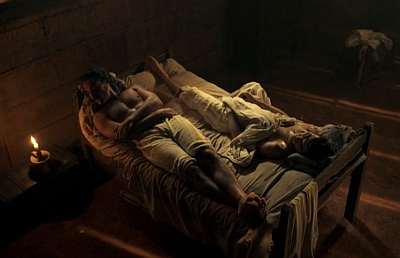 Caio Blat Acting Awards. He looks great in Speedos but this should not distract you from the fact that Caio is actually a great actor. To date, he’s brought home 13 acting trophies and 11 other nominations. Some of his victories is courtesy of the 2010 movie Broder which earned him four acting awards.

Here’s Caio and award-winning director Jefferson De and the trophies they won for Broder at the Gramado Film Festival: 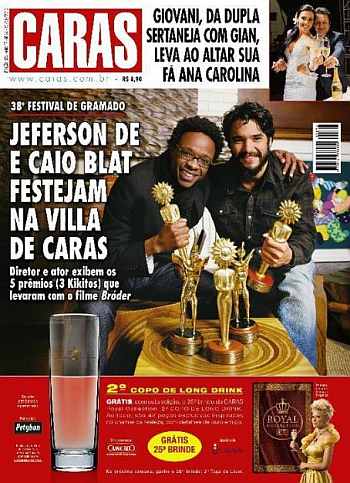 Let’s end this post with another photo of Caio in his Speedo, shall we? 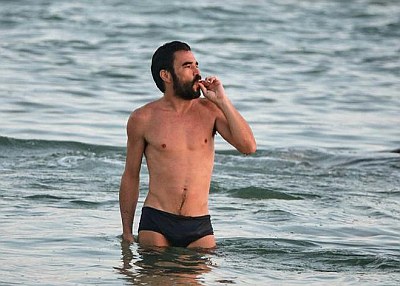