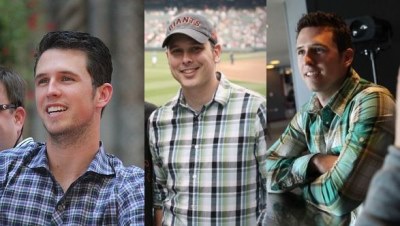 Buster Posey Shirt, Jeans, and Off-Field Fashion. We’ve seen what Buster Posey is wearing when he is catching balls for the San Francisco Giants (go see: Buster Posey Baseball Gear), now let’s check out what he wears off the field. 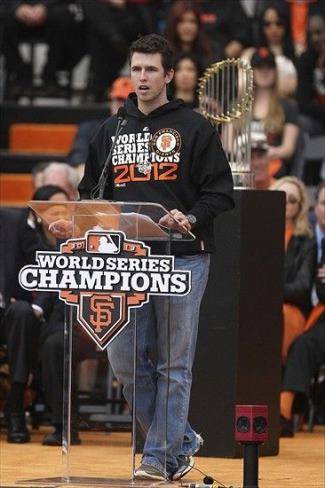 A few years ago, Buster did a photoshoot for GQ Magazine, check it out. What is he wearing? Apparently, his jacket is by Banana Republic. His sweatpants are by Michael Bastian. And his sneakers are from the Sandro men’s shoes collection. 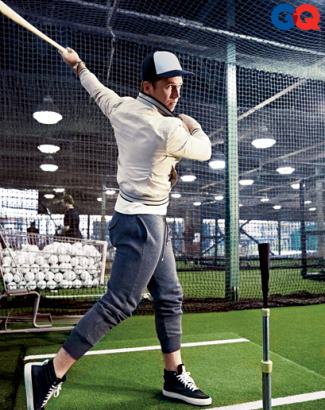 The loose jeans and shirts that Buster seem to prefer may be comfortable and all but he looks best in clothes that fit and hug his body. Fit clothes bring out the sexy masculine man in him. Check him out, for instance, wearing a suit tailored to fit him well vis-a-vis one that appears to be one or two size(s) larger. One looks crumpled and hangs while the other makes you want to eff and marry him. 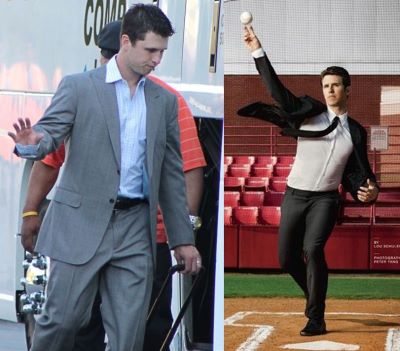 Anyhoo, here’s Buster doing his baseball stuff while wearing a suit. Isn’t this the sexiest photo of him you’ve ever seen?

Pics are from Men’s Journal, for those of you wondering. 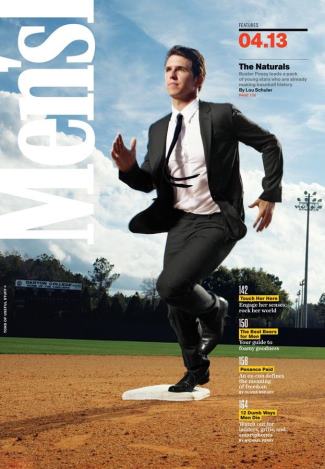 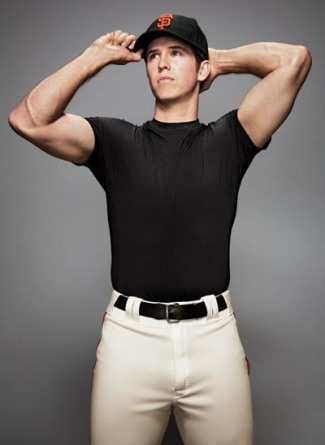 Wanna see Buster dressing as a girl? Check him out wearing a skirt during the 2010 rookie hazing ritual for the San Francisco Giants. 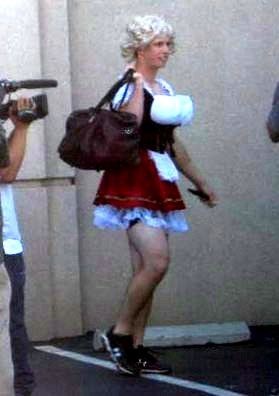 Let’s end this post with Buster wearing a tuxedo in this pic with his wife Kristen who, we hope, will forgive us for drooling over her man. Haha. Sorry, we can’t help it. 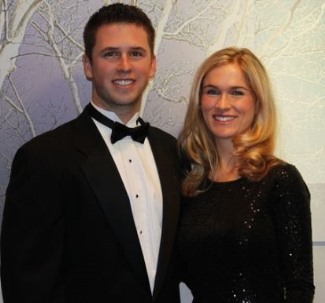