Mark Cavendish Cycling Shorts and Shirtless Photo. It’s time for the Tour de France once again when cyclists and cycling afficionados turn their eyes to Europe to see who’s gonna have the bragging rights as the best cyclist of them all. For a year, that is.

British cyclist Mark Cavendish is having a good campaign winning several stages. How many has he won so far? Four? Five? Sorry, we’re too lazy to get the exact number but he is having a swell time. Anyways, let’s celebrate his victories by raising our hands along with him, shall we? 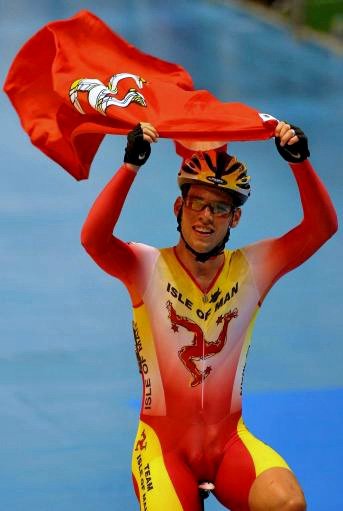 More Mark Cavendish Cycling Shorts (posted 29 November 2011). British cyclist Mark Cavendish continue to be the gift that keeps on giving for fans of men in cycling shorts. Check out his photo in Qatar. Pretty nice, huh? 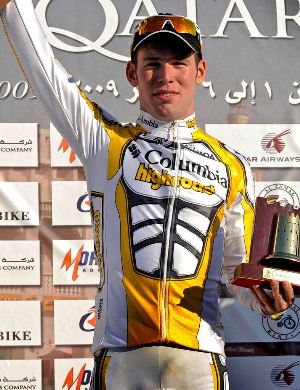 Another pic. We must admit though that we find this photo to be a little bit weird. Did he not have the time to change his cycling outfit to traveling clothes? 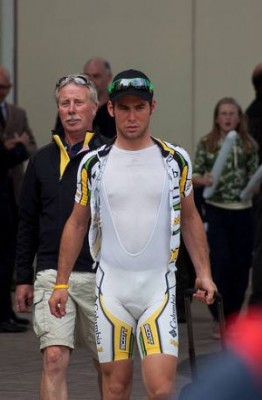 Shirtless Photo of Mark Cavendish: There’s not a lot of shirtless pics of the current Road World Champion titleholder but he did pose in a shirtless ad for Fizik, an Italian company known for its high performance saddle. The ad encourages you to find the animal within which we’d gladly do to Mark if he’d allow us to explore his animal. Hehehe. 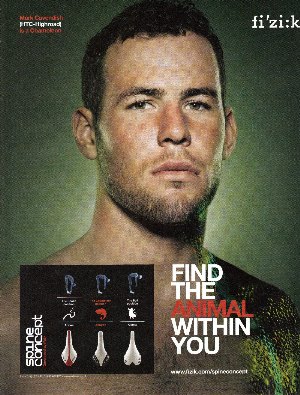 Following his successful campaign this year capped with a championship at the 2011 UCI Road World Championships, Mark has been short-listed for the BBC Sports Personality of the Year award. He’ll be going up against the following: golfers Darren Clarke, Luke Donald and Rory McIlroy, cricketers Alastair Cook and Andrew Strauss, boxer Amir Khan, tennis player Andy Murray, and athletes Mo Farrah and Dai Greene.

We think BBC should make it a tie and give the award to both Mark and our favorite boxer Amir Khan — see Amir Khan Weigh-In Photos.

This year is also turning out to be a significant year in the “family department” for Mark because he and girlfriend Peta Todd are having a baby girl.

Mark made the announcement via Twitter: “Just been to another baby scan with @pettatodd. So exciting! Now to get on with painting the room in…PINK! #littlegirl #princess”.

Congratulations to the happy couple.