Bubba, whose full name is William Darrell Wallace Jr. has been making the headlines lately because of his work in advancing the Black Lives Matter movement in NASCAR which is known for its conservative fans.

Props to the guy for what he is doing and props to the NASCAR executives for having his back. We hope they continue to do what they are doing to advance a more just world.

But we know you are here not to talk about heavy issues such as social justice and police brutality but to appreciate celebrities who take off their shirts so, of course, we are gonna give you what you are looking for you thirsty ho. Haha. To be honest, we are as thirsty as you are so we are cool, cool, cool as Abed in Community would say. 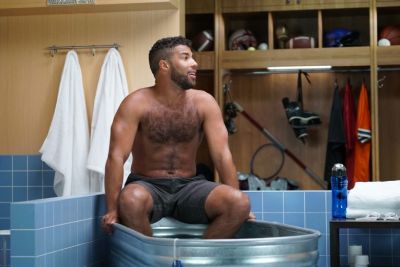 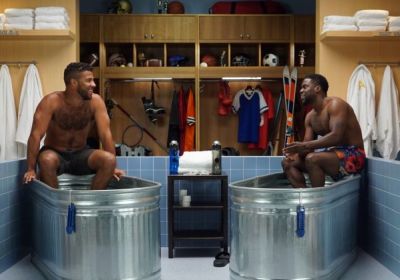 A photo of the racecar driver “skiing” in a pair of boxer shorts. 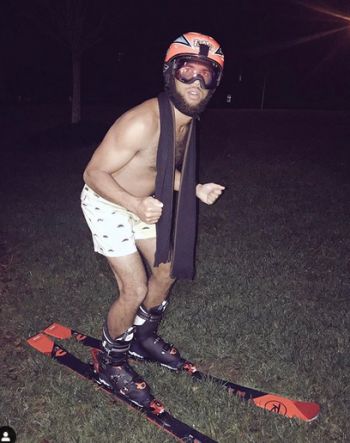 Bubba Wallace Girlfriend. This is the section where we ask you to tone done your thirstiness for the guy because he is in a relationship with girlfriend Amanda Carter who reportedly works as a Senior Financial Analyst at Bank of America in Charlotte. 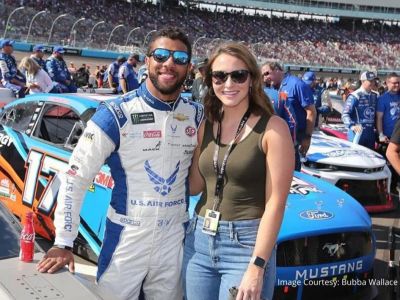 The two reportedly split ways in 2018 but eventually found themselves in each other’s arms again. Awww! 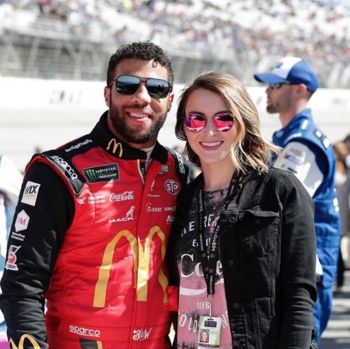 Bubba Wallace Ethnic Background. The NASCAR driver is born to a Caucasian father and an African American mother. His dad is Darrell Wallace Sr who owns an industrial cleaning company according to wikipedia while his mom is Desiree is a social worker.

Here’s a photo of Wallace Jr. and Sr. which Bubba posted on Instagram on Father’s Day. 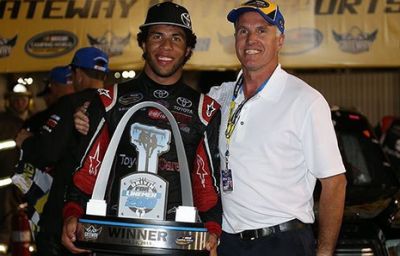 And here’s Bubba and his mom which he shared to his followers on her birthday. 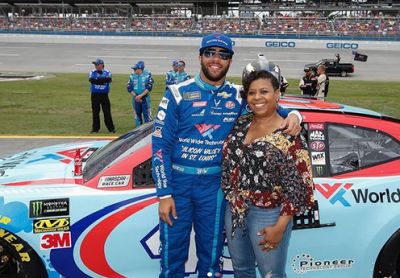 Let’s end this post with Bubba chillin’ in his racing suit, shall we? 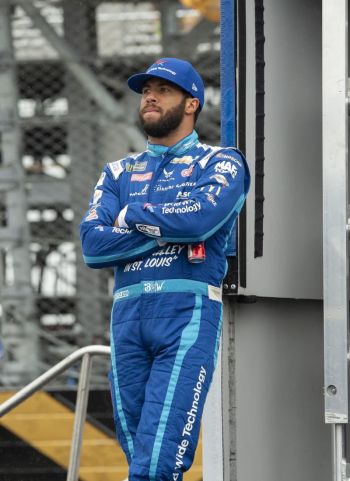