Bruce Willis Leather Jacket in Movies: The Surrogates + Red Movies. We brought you Bruce Willis’s Rolex Yachtmaster, now here’s Bruce’s leather jacket from The Surrogates a movie released in 2009 about futuristic robots and that kind of thing. 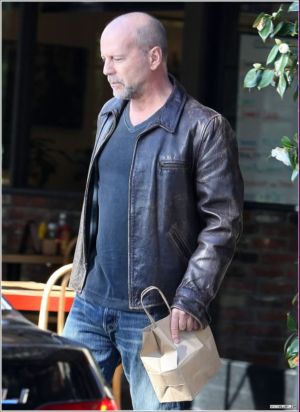 More photos of Bruce and his leather jacket in The Surrogates. 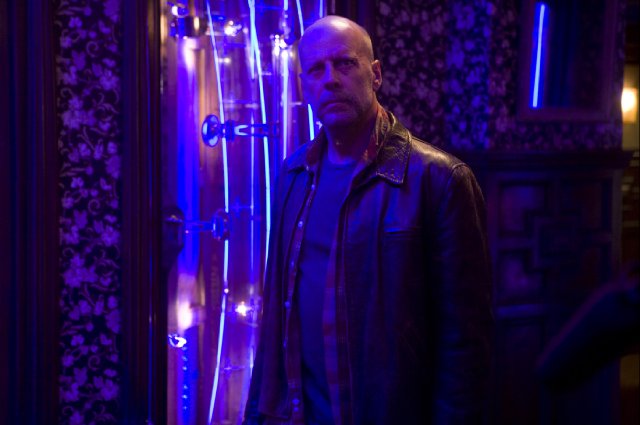 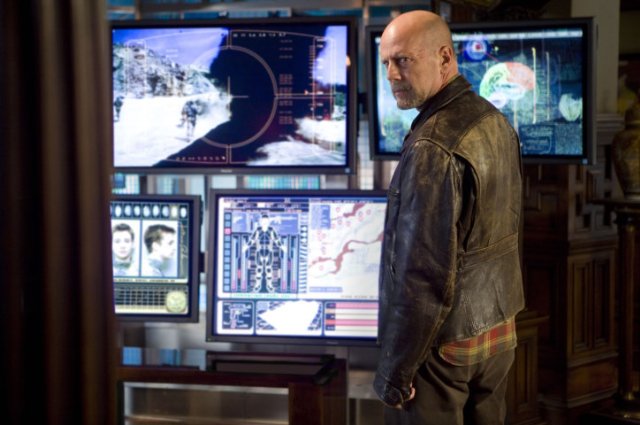 Since we are on the subject of Bruce Willis’ leather jackets, let’s check out his leather outfits in his most recently released movie, Red. Here’s Bruce, with the gorgeous Kiwi hunk that is Karl Urban, wearing a fab bomber leather jacket by Danier. 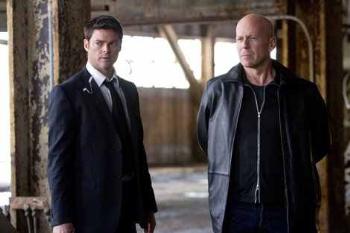 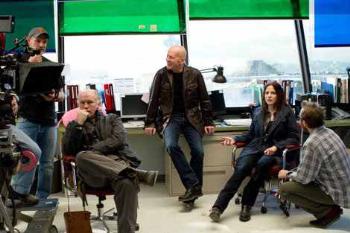 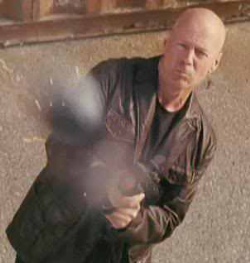 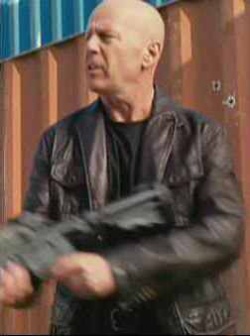 Want more Bruce Willis news? Well, check out the old blog post we wrote below about his then future brother in law: 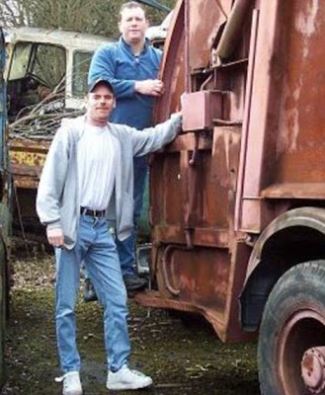 The Daily Mail has an interesting story of Matin Heming, brother in law to Bruce Willis that the Hollywood star is still to meet.

Says Martin of his half-sister Emma Heming (they have the same father) and Bruce:

‘She was on my Facebook and then I saw that she was dating Bruce Willis on the news about a year ago.

‘I sent her a message making sure she was doing OK and she said that they were OK. Then she took herself off Facebook, probably because of all the attention she was getting.’

Martin went on to say that he is waiting for an invite to the Bruce Willis-Emma Heming wedding. Well, Bruce, we think you should send Martin an invite. After all, you should stay in the good graces of your in-laws, right?